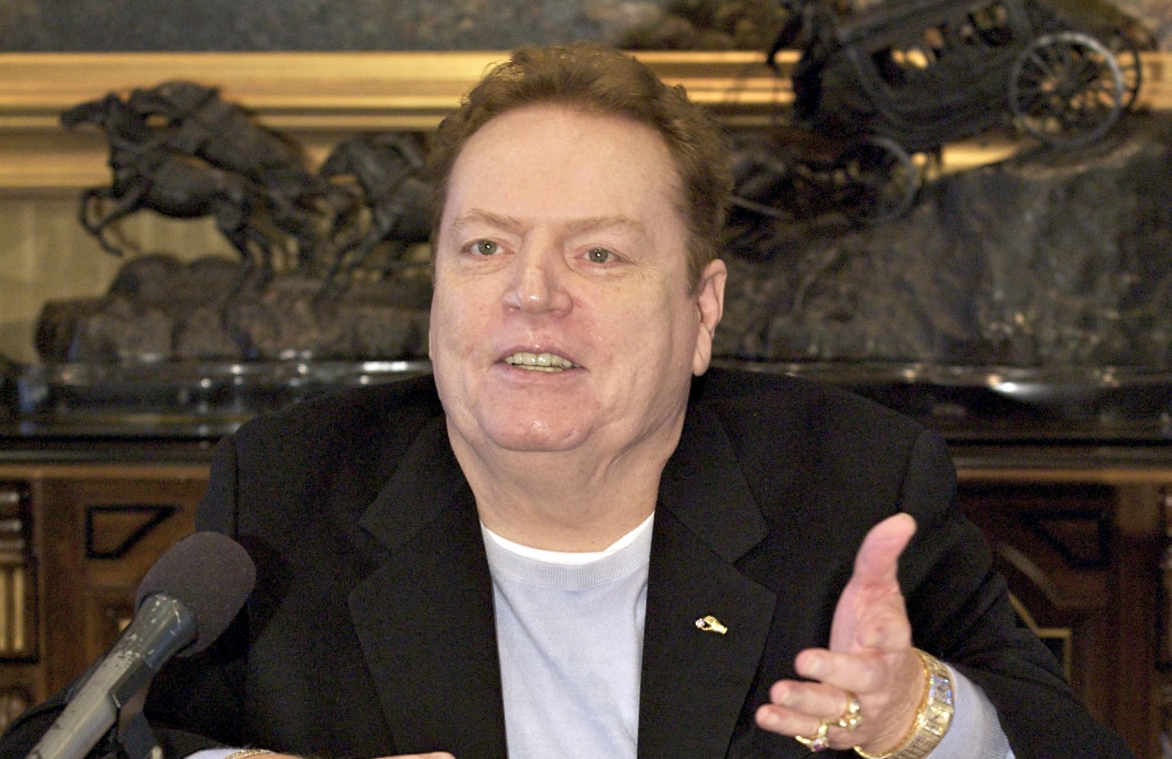 You generally don’t need First Amendment protection if you say or write things that are popular. It’s the controversial expression that needs to be protected by freedom of speech, press or assembly. That's why Nazis, hate groups and pornographers so often loom large in First Amendment litigation.

Larry Flynt, the founder and publisher of Hustler magazine who died yesterday, was particularly prominent in his assertion of First Amendment rights. From the very beginning of his career as a pornographer, Flynt enlisted legal support to stay in business. Over time, he became highly knowledgeable about the First Amendment and took a groundbreaking case all the way to the U.S. Supreme Court.

In the early 1970s, Flynt was a garden-variety pornographer with a modest empire in Cincinnati that included a number of bikini bars across the region. In time, he would publish Hustler, a men’s magazine that was far more explicit than its rivals. Flynt pushed the envelope and constantly tested the legal line between pornography – which is protected by the First Amendment – and obscenity, which is not.

Some editions of Hustler inspired widespread outrage. He published nude photos of former first lady Jacqueline Onassis on a private beach, taken by a photographer with a telephoto lens. One of Hustler's most notorious covers showed women being fed into a meat grinder. And then came the 1983 publication of a satirical liquor ad that said prominent evangelist Jerry Falwell had his first sexual experience in an outhouse with his mother.

Falwell was deeply offended and sued Flynt. It wasn't likely to succeed as a libel case because Falwell was a public figure and it was unlikely that anyone would believe Flynt’s outrageous statement was true. Instead, Falwell sued Flynt for intentional infliction of emotional distress.

Flynt’s lawyer told him he should settle the suit.

"They wanted me to pay Reverend Falwell $200,000 because I hurt his feelings,” Flynt told me in 2003. "My attorney says, 'Pay it,' because [Falwell] was suing me for $50 million. He said it will cost you $2 million to take it to the Supreme Court. I said, ‘Well, that's where we're going,’ and we lost in the Fourth Circuit. It wasn't looking very good then, and no one thought that the Supreme Court would ever grant cert, and they did. And their decision was unanimous. I remember Justice Rehnquist's words even so clearly today. He said, ‘Simply because the government finds speech offensive does not give them the right to repress it.’”

In its opinion in Hustler Magazine v. Falwell (1988), the Court noted: “To be sure, in other areas of the law, the specific intent to inflict emotional harm enjoys no protection. But with respect to speech concerning public figures, penalizing the intent to inflict emotional harm, without also requiring that the speech that inflicts that harm to be false, would subject political cartoonists and other satirists to large damage awards.”

If he had lost, the impact on the press would have been catastrophic, Flynt said.

“Well, what happens to the press is that means no public figure would ever have to prove libel. All he would have to do is go into a court and prove you hurt his feelings. Whether it's a political cartoonist or an editorial writer or what have you, you know. The press would have been virtually doomed. And I don't think it was the Supreme Court siding with me over Reverend Falwell. I think that they were looking at the practical implications of the decision if they [had] ruled the other way," Flynt said.

Flynt went on to more headlines when he offered a reward for information on adultery committed by public officials. His intent was to show hypocrisy by those who were condemning then-President Bill Clinton during the Monica Lewinsky scandal.

Flynt also had some losses in court. In 2001, he filed suit seeking to require the Department of Defense to allow reporters to be embedded with combat troops. In 2004, the U.S. Court of Appeals for the District of Columbia Circuit ruled that journalists do not have a First Amendment right to travel with military units.

Flynt credited his passion for the First Amendment with being sentenced to up to 25 years on obscenity charges in 1976.

“I think I had to stand in a courtroom and listen to a judge sentence me to 25 years in prison before I realized it was something that could no longer be taken for granted,” he said in our 2003 conversation. “And, you know, the fight's been going on since then. We've won some, and we've lost some.”