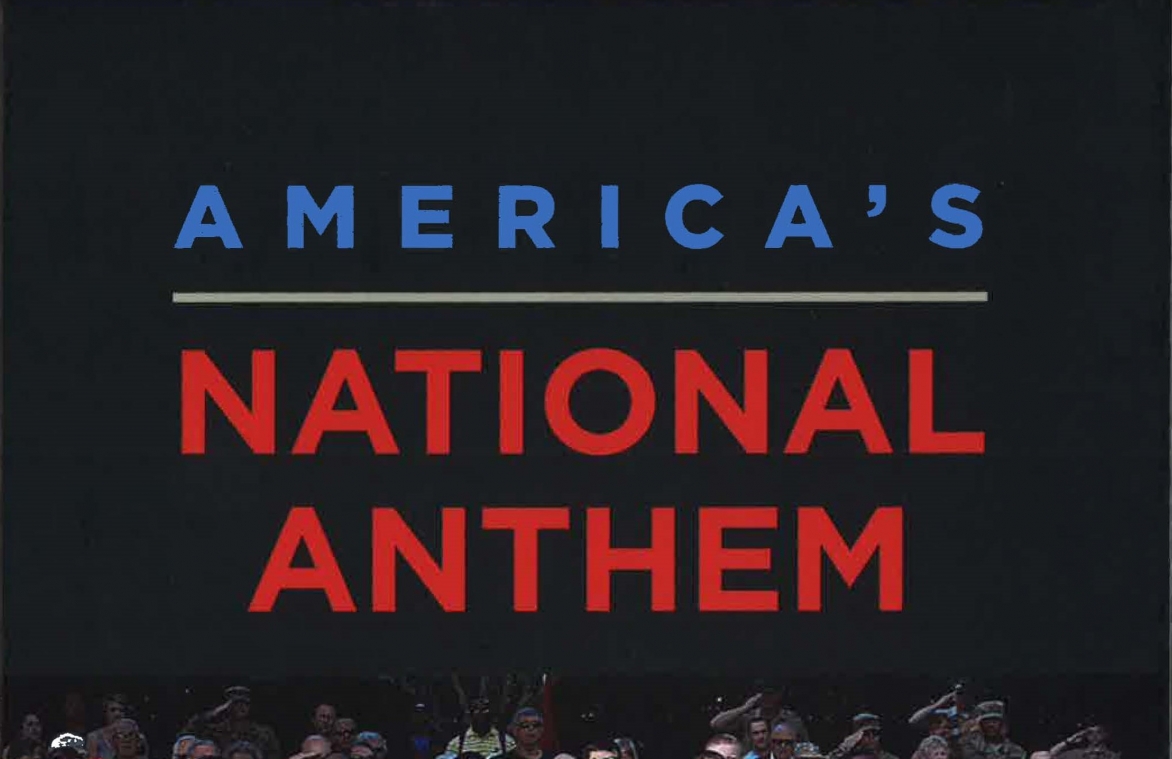 Congress did not declare “The Star-Spangled Banner,” which Francis Scott Key drafted in 1814, as the nation’s national anthem until 1931, but it had long been recognized as one of America’s most rousing patriotic songs. Although more difficult to sing than some of its competitors, it had the virtue both of encapsulating a key moment in U.S. history when Americans were able to keep the British from capturing Baltimore, and of extolling the U.S. flag, which had defiantly flown over Fort McHenry during the British bombardment.

For many years, it has been customary to play the national anthem at many sporting events, often as individuals put their hands over their hearts as they face an American flag. Perhaps because the flag and the anthem are such powerful symbols, they have had the power not only to unite but to serve as flashpoints for protests. Although it is now relatively rare to see protesters burn the U.S. flag (as was once done, especially during the Vietnam War), athletes who say the nation is not living up to its ideals, especially with regard to police treatment of minorities, now often kneel during the playing of the national anthem.

This book is written by John R. Vile, a professor of political science and dean of the university honors college at Middle Tennessee State University, with a preface by Joseph E. Morgan, who teaches music at MTSU. The book consists of more than 200 entries written for high school and college students as well as for academic researchers. They cover all aspects of the anthem, including laws, customs, and regulations surrounding it, musical precursors and rivals, parodies, artistic depictions, popular cultural references, key phrases within the anthem, notable performances of the song, and individuals who were critical to its adoption as the national anthem.

The book is a followup to earlier volumes by Vile on the U.S. flag, the Declaration of Independence, the Liberty Bell, and (most recently) The Bible in American Law and Politics. Both print and e-book versions of the book are available for purchase through the publisher, through amazon.com, and on other online sites.