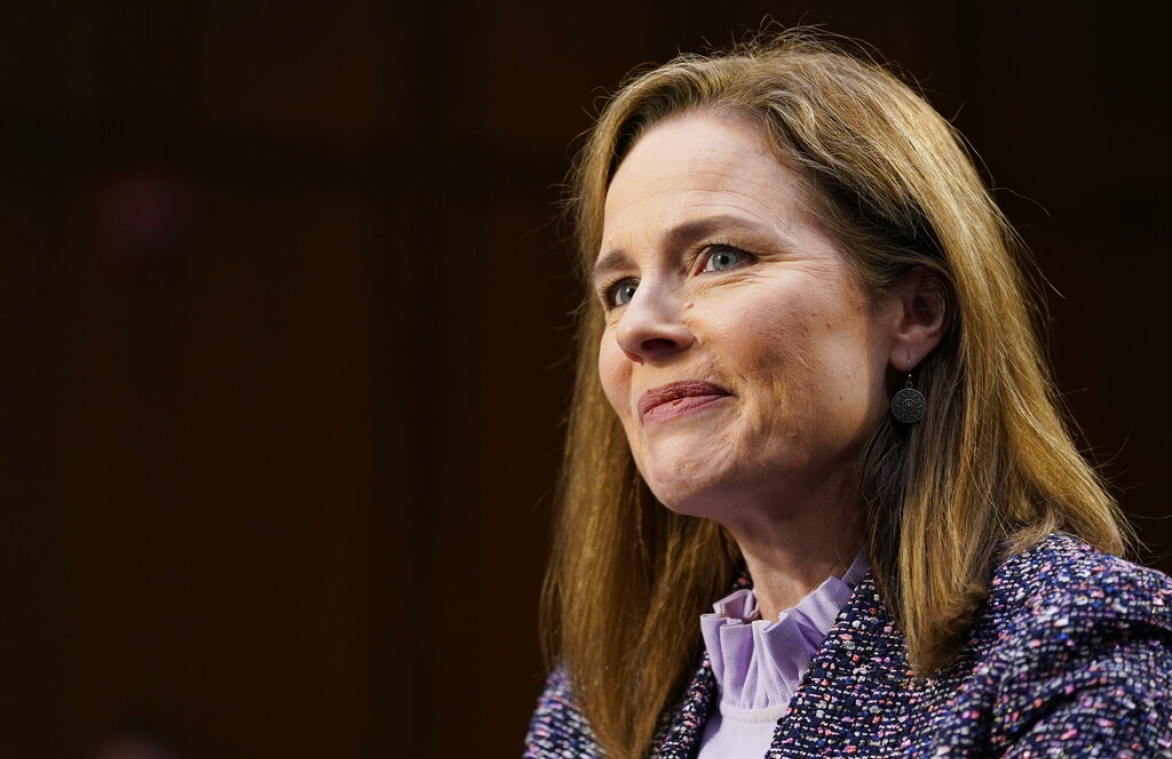 The 7-2 decision released March 4 is in a case about the federal Freedom of Information Act, which Barrett explains makes "records available to the public upon request, unless those records fall within one of nine exemptions." Barrett wrote for the Court that certain draft documents do not have to be disclosed under FOIA.

The 11-page opinion comes in the first case Barrett heard after joining the court in late October following the death of Justice Ruth Bader Ginsburg.

The opinion Barrett wrote involved the environmental group the Sierra Club, which sued seeking access to federal government documents involving certain structures used to cool industrial equipment and their potential harm to endangered wildlife. Barrett began by explaining that FOIA makes “records available to the public upon request, unless those records fall within one of nine exemptions.” Those exemptions include “documents generated during an agency’s deliberations about a policy, as opposed to documents that embody or explain a policy that the agency adopts.”

Barrett said the documents the Sierra Club was seeking were draft documents that did not need to be disclosed. And she dismissed concerns the group had raised that ruling against it would encourage officials to “stamp every document ‘draft’” to avoid disclosing them. Barrett said that if “evidence establishes that an agency has hidden a functionally final decision in draft form” then it won’t be protected from disclosure requirements.

Because of the coronavirus pandemic, the justices are not currently announcing their decisions in the courtroom but only posting them online.