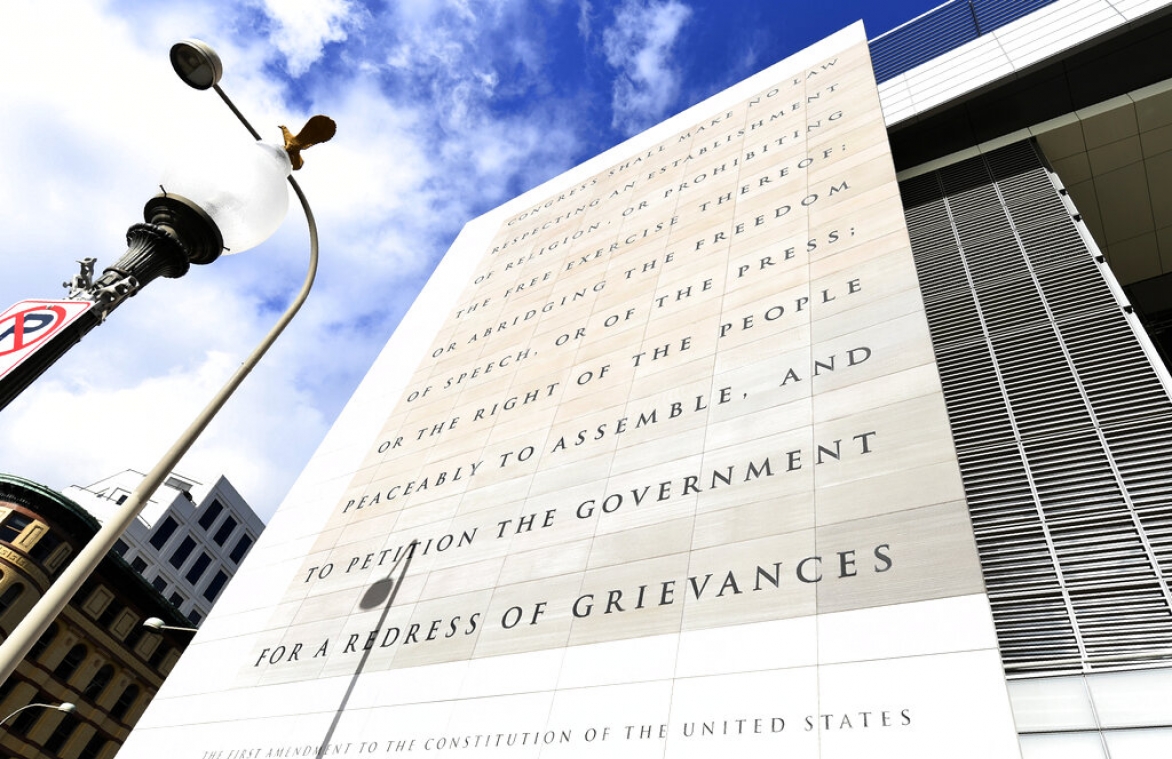 This file photo from Dec. 31, 2019, shows the facade bearing the First Amendment of the U.S. Constitution on the front of the Newseum, a private museum dedicated to exploring modern history as told through the eyes of journalists, on the last day it was open in Washington. The façade will be reinstalled at the National Constitution Center in Philadelphia. (AP Photo/Susan Walsh)

PHILADELPHIA (AP) — A four-story, 50-ton marble tablet engraved with the text of the First Amendment, previously displayed on the facade of the now-shuttered Newseum in Washington, will find a new home in Philadelphia across from Independence Hall.

The National Constitution Center, which sits in an area of the city billed as America's most historic square mile, will erect the tablet in an atrium overlooking Independence Hall, the UNESCO World Heritage Site where both the Declaration of Independence and the U.S. Constitution were adopted.

The district is also home to the Liberty Bell and the First Bank of the United States.

The tablet is engraved with the First Amendment, which protects freedom of speech, press, religion, assembly and the right to petition the government. It's a gift from the Freedom Forum, the creator of the Newseum, a museum dedicated to the First Amendment. The museum was sold to Johns Hopkins University and closed in 2019.

"It's so meaningful to bring the text of the First Amendment to Philadelphia," National Constitution Center President Jeffrey Rosen said in a statement. He said it would "inspire visitors for generations to come."

A dedication ceremony is planned for later this year.