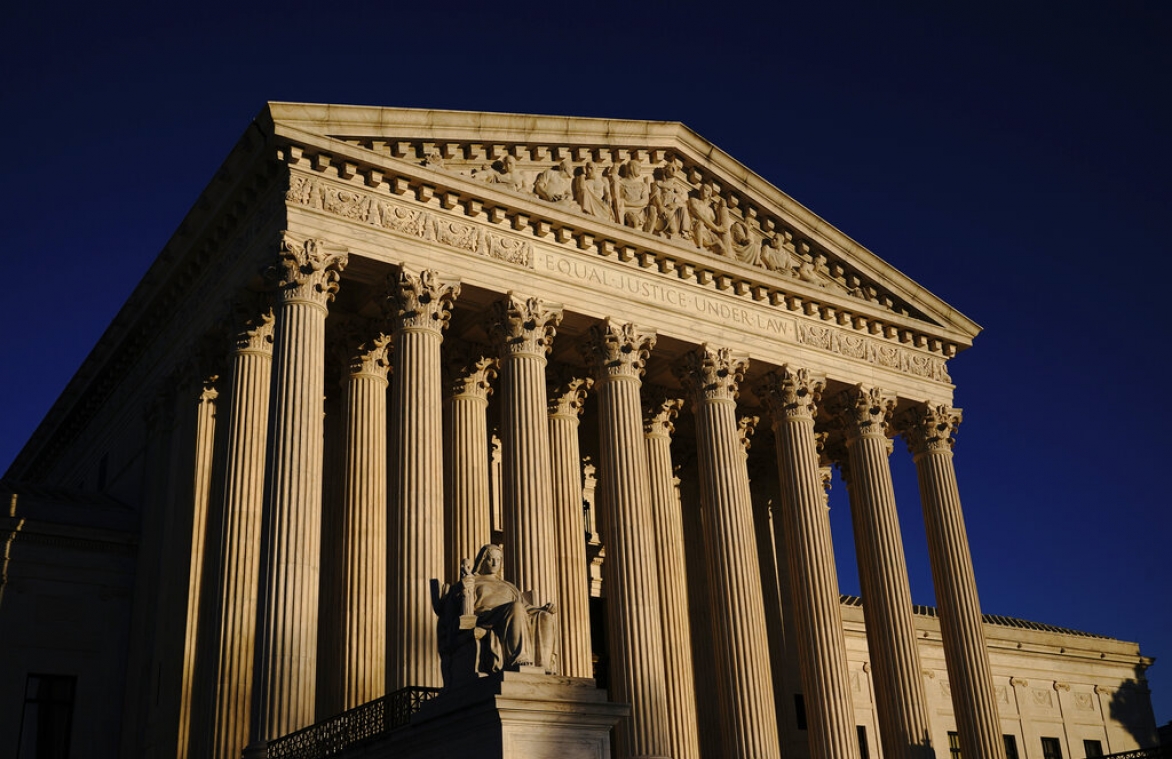 In this Nov. 2, 2020, file photo, the Supreme Court is seen at sundown in Washington, D.C. (AP Photo/J. Scott Applewhite)

The Court said the Federal Communications Commission acted reasonably in 2017 when it modified rules that predated the internet.

"The FCC considered the record evidence on competition, localism, viewpoint diversity, and minority and female ownership, and reasonably concluded that the three ownership rules no longer serve the public interest," Justice Brett Kavanaugh wrote for the court.

The decision comes as newspaper and broadcasting industries say they need the changes to deal with growing competition from the internet and cable companies.

The FCC adopted the changes on a party-line, 3-2 vote, with three Republican-appointed commissioners in the majority. The dissenting Democratic appointees and other critics said the changes would encourage consolidation and hurt diversity.

Republicans have long sought changes to the media-ownership rules. The FCC in 2017, then-run by a Republican chairman, decided that since the internet has so changed media, allowing more consolidation in newspapers and broadcasters would be good for consumers.

The FCC now has a Democratic chairwoman who dissented from the 2017 order. But it is not yet fully staffed so as to let it take on controversial measures.

The FCC did not reply to a request for comment Thursday.

Advocacy groups that oppose the growing consolidation of the industry called on the FCC, the Biden administration and Congress to develop new rules to encourage local, diverse ownership.

"I wouldn't be surprised if this decision opens the floodgates to more consolidation for media conglomerates. But that doesn't mean the FCC has to approve every merger that comes knocking on its door," said Yosef Getachew, Media & Democracy Program Director for Common Cause.

The 3rd U.S. Circuit Court of Appeals had blocked FCC efforts to change the rules for the past 17 years. The Philadelphia-based court's latest ruling, in 2019, prompted the FCC's appeal to the Supreme Court.

The FCC is supposed to review media-ownership rules every four years, according to a 1996 law.