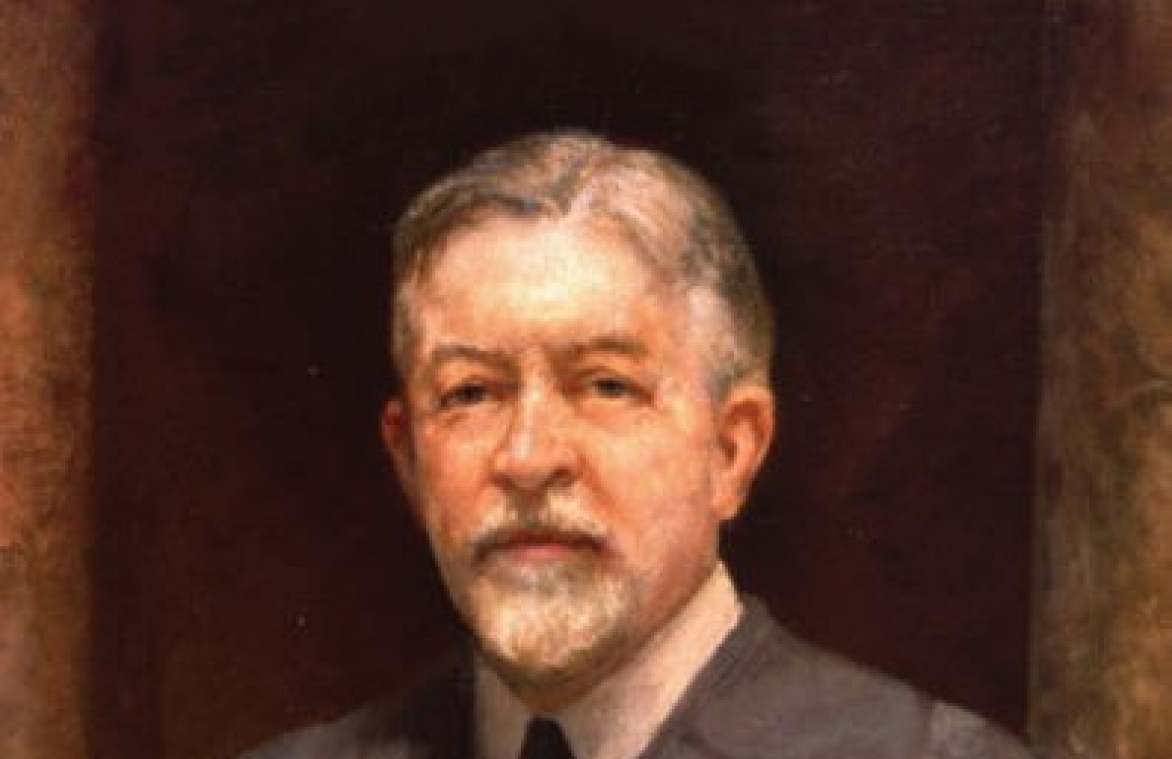 A new book by Stephanie Slater traces the work of Supreme Court Justice Edward Sanford, who was from Knoxville, Tennessee. Sanford's majority opinion in Gitlow v. New York, extended the free speech rights embodied in the First Amendment to apply to state laws as well.

(The following article was written by columnist Georgiana Vines and published Aug. 20, 2018, in the Knoxville News Sentinel. It is republished here with permission.)

Edward Terry Sanford, the only Knoxvillian to serve on the U.S. Supreme Court, ended up having a liberal bent that is unlikely to surface in Judge Brett Kavanaugh, whom President Donald Trump has nominated for the nation’s top bench.

That’s the conclusion of Stephanie L. Slater, who has written a book on Sanford. She’ll make a presentation and sign books 6-8 p.m. Thursday (Aug. 23) at the East Tennessee History Center. Slater is senior law clerk for Tennessee Court of Appeals Judge John McClarty and previously was a law clerk for Senior U.S. District Judge Thomas Phillips, when he was a magistrate and active judge.

Slater said in an interview that Sanford’s legacy is writing the majority opinion in a 1925 landmark case, Gitlow v. New York. The decision became a critical legal precedent of the expansion of civil rights and civil liberties in the 1950s and 1960s, she said.

Sanford’s philosophy as shown in that case was that the U.S. Constitution was a “living, breathing entity that has to adapt to the times,” with the country’s forefathers not able to anticipate issues that arise in the future, Slater said.

Other justices, like the late Anthony Scalia, “talk about strict construction of the Constitution,” a philosophy that Kavanaugh has indicated he follows, she said. The Supreme Court confirmation hearings for Kavanaugh, a member of the U.S. Court of Appeals in Washington, D.C., are scheduled for Sept. 4.

The 1925 decision that Sanford is known for was based on an interpretation of the 14th Amendment, ratified in 1868, as defining national citizenship and forbidding states to restrict the basic rights of citizens or other persons.

“The 14th Amendment came from the Republican Party, the party of (Abraham) Lincoln. Congress was trying to give more protection to blacks, trying to protect freedmen,” Slater explained. As late as 1922, the U.S. Supreme Court said the 14th Amendment did not incorporate the Bill of Rights toward the states on matters like freedom of speech and of the press, she said. In a case, Prudential Ins. Co. v. Cheek, U.S. Justice Mahlon Pitney wrote that “the Constitution of the U.S. imposes upon the states no obligation to confer upon those within their jurisdiction either the right of free speech or the right of silence.”

Sanford replaced Pitney in 1923, and his 1925 Gitlow opinion subsequently sparked the process of incorporation of the First Amendment protections of speech and press to the states, Slater said.

The Gitlow case involved a pamphlet advocating the establishment of socialism. The State of New York contended that the words in the pamphlet advocated the overthrow of the government by force. New York argued that its statute criminalizing Gitlow’s speech was beyond the reach of the First Amendment, as protection for free speech could only come from the state constitution.

Sanford specifically announced in the Gitlow decision that the First Amendment did apply as the source of rights protected from state action. The ruling was groundbreaking, Slater said, by finding that the Bill of Rights applied to the states and not just the federal government.

“This decision would later become known as the ‘incorporation principle’ or the ‘incorporation doctrine.’ It laid the groundwork for civil rights claims that would reshape American culture in the following decades,” she said. Her comments are from the book and notes for talks.

Sanford was born in Knoxville in 1865, the eldest son of prominent Knoxville businessman Edward J. Sanford and his wife, Swiss immigrant Emma Chavannes. Slater said she feels the parents’ background influenced Sanford. The father was from Fairfield County, Connecticut, and his mother had come from Switzerland to escape religious persecution as a member of the Open Brethren, an Evangelical Christian movement. His father helped with the rapid industrialization of Knoxville and the region at a time when it was largely pro-Union.

Sanford received B.A. and Ph.B. degrees from the University of Tennessee, an M.A. from Harvard University and an LL.B from Harvard Law School. A Republican, he was appointed U.S. District Court judge by President Theodore Roosevelt in 1908 when the district was composed of East and Middle Tennessee, not just East Tennessee like today. He was the only judge in the district, and a secretary was his only staff member, Slater said.

Slater became interested in Sanford when she saw his large portrait in a courtroom of the U.S. Courthouse and asked Don Ferguson who he was. Ferguson is retired chief deputy clerk of the U.S. District Court and executive director of the court’s history society. He encouraged Slater to write the book once she became interested in the former jurist. Sanford’s portrait now hangs in the history society’s museum at the Baker Courthouse.

Slater said her interest initially was that Sanford was a graduate of UT, from which she has three degrees herself in psychology, social work and law. Slater’s book was published by the UT Press and retails for $65.

Those planning to attend Slater’s presentation and book signing are asked to RSVP to ETHS@eastTNhistory.org or (865) 215-8825.

Georgiana Vines is a retired News Sentinel associate editor. She may be reached at gvpolitics@hotmail.com.