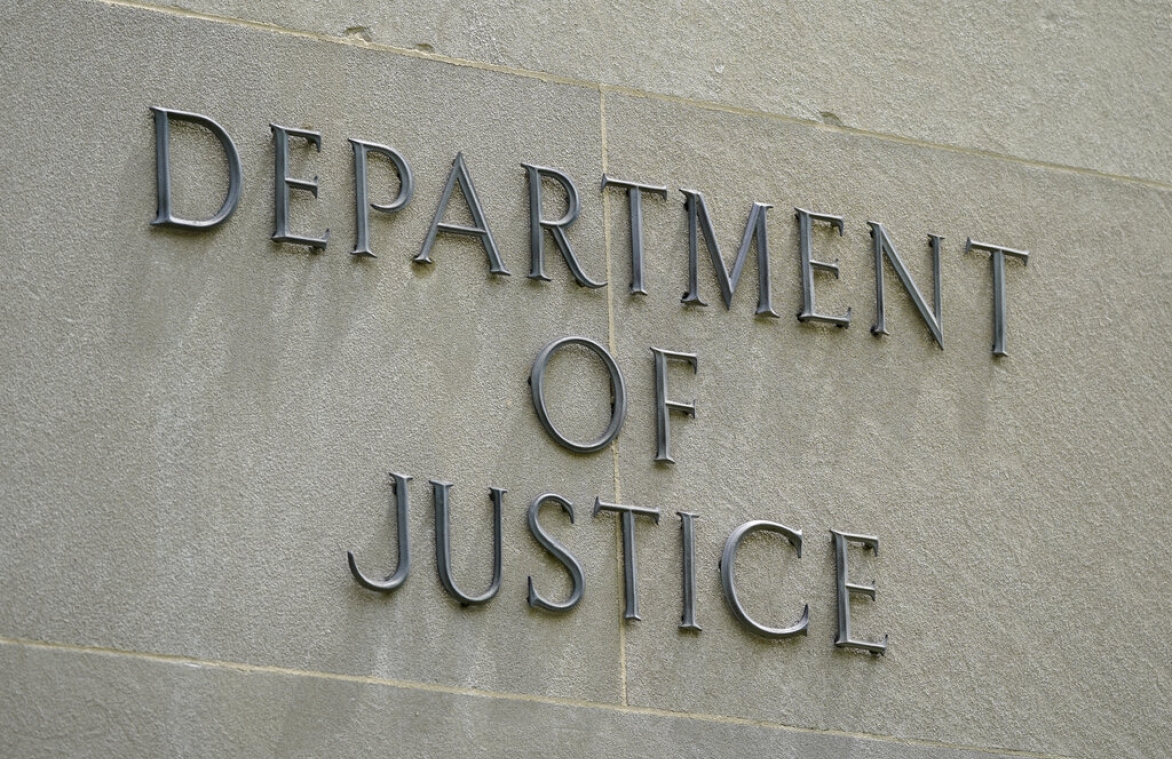 This May 4, 2021, photo shows a sign outside the Robert F. Kennedy Department of Justice building in Washington. The Trump Justice Department secretly seized the phone records of three Washington Post reporters who covered the federal investigation into ties between Russia and Donald Trump's campaign, the newspaper said May 7. (AP Photo/Patrick Semansky)

The disclosure sets up a new clash between the federal government and news organizations and advocates for press freedom, who regard the seizures of reporters' records as incursions into constitutionally protected newsgathering activity. Similar actions have occurred only rarely over the past decade, including a seizure of phone records of Associated Press reporters and editors over a 2012 story that revealed a foiled bomb plot.

In a statement published by the newspaper, Cameron Barr, the Post's acting executive editor, said: "We are deeply troubled by this use of government power to seek access to the communications of journalists. The Department of Justice should immediately make clear its reasons for this intrusion into the activities of reporters doing their jobs, an activity protected under the First Amendment."

The action is presumably aimed at identifying the reporters' sources in national security stories published in the early months of Trump's administration, as federal investigators scrutinized whether his 2016 campaign had coordinated with the Kremlin to sway the election.

The records' seizure was approved by Justice Department leadership last year. The reporters — Ellen Nakashima, Greg Miller and Adam Entous, who has since left the Post — were notified in letters dated May 3 that the Justice Department had obtained records for their home, work or cellphone numbers.

The records sought cover the period of April 15, 2017, to July 31, 2017, according to the newspaper. Justice Department guidelines for media leak investigations mandate that such actions are to be taken only when other avenues for obtaining the information have been exhausted, and that the affected reporters are to be notified unless it's determined that it would impede the investigation or interfere with national security.

"While rare, the Department follows the established procedures within its media guidelines policy when seeking legal process to obtain telephone toll records and non-content email records from media members as part of a criminal investigation into the unauthorized disclosure of classified information," department spokesman Marc Raimondi said in a statement.

"The targets of these investigations are not the news media recipients but rather those with access to the national defense information who provided it to the media and thus failed to protect it as lawfully required," he added.

Bruce Brown, the executive director of the Reporters Committee for Freedom of the Press, said it "raises serious First Amendment concerns" for the government to obtain records of journalists' communications.

"It is imperative that the new Justice Department leadership explain exactly when prosecutors seized these records, why it is only now notifying the Post, and on what basis the Justice Department decided to forgo the presumption of advance notification under its own guidelines when the investigation apparently involves reporting over three years in the past," Brown said in a statement.

The government also said it had received a court order to get email records from the reporters that would have shown who they had emailed and when, but that it did not obtain those records, the newspaper said.

The Post said the Justice Department did not specify the purpose of the subpoena or identify any articles at issue. But the time period covered by the subpoena includes the publication of a story that suggested that intelligence intercepts indicated that Jeff Sessions, at the time Trump's attorney general, had discussed campaign issues with Russia's then-ambassador, Sergey Kislyak.

The Justice Department under former Attorney General Eric Holder in 2015 announced revised guidelines for obtaining records from the news media during criminal leak investigations, removing language that news organizations said was ambiguous and requiring additional levels of review before a journalist could be subpoenaed.

The updated policy was a response to outrage among news organizations over Obama administration tactics seen as overly aggressive and hostile toward newsgathering.

Sessions, Holder's successor, announced in 2017 a renewed crackdown on leaks of national security information to the news media.