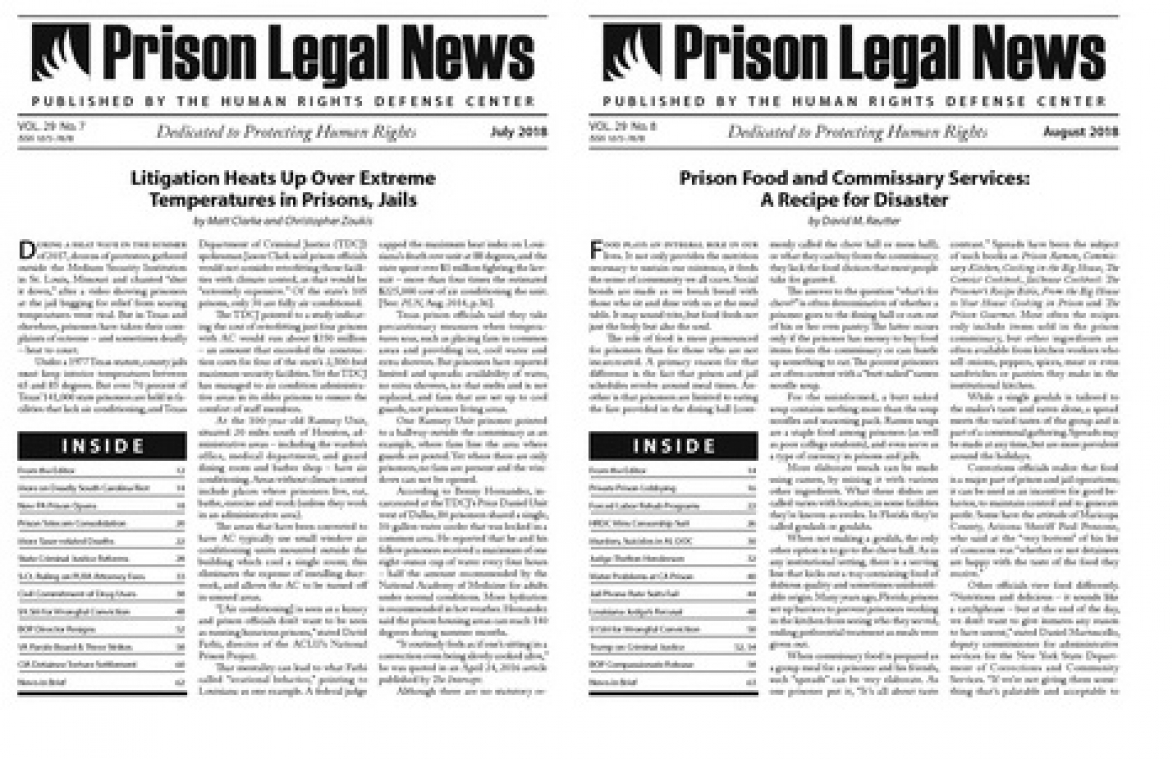 The United States Supreme Court has been asked to review whether the Florida Department of Corrections (FDOC) can impose a blanket ban on Prison Legal News, an award-winning monthly publication that reports on criminal justice issues, controversies involving prisons, and a bevy of other important topics related to core protected political speech.

The FDOC has a rule that allows prison officials to impound reading materials if those publications have ads touting three-way calling services, pen pal services, purchase of postage stamps, running a business while incarcerated, or otherwise pose a security threat.

The FDOC started impounding Prison Legal News, because the publication does contain some advertisements related to some of these subjects. Both a federal district court and the 11th U.S. Circuit Court of Appeals sided with the FDOC.

Now, Prison Legal News has filed a petition of writ of certiorari to the U.S. Supreme Court, asking the Court to review this blanket ban on protected speech in Prison Legal News v. Secretary, Florida Department of Corrections.

Lack of evidence presented to justify censorship of prison magazine

The Justices should take a close look at this petition, because the actions of the FDOC are egregious.  The FDOC has engaged in abject censorship without any meaningful evidence that the censorship is necessary to further security.

Instead, the FDOC has trampled on the free-speech rights of the most vulnerable individuals in society – the incarcerated.  Prisons long have been the black holes of the First Amendment, as prison officials receive a great deal of deference from reviewing courts.  Some of this deference is deserved, as surely experienced correctional officials know more about the day-to-day operation of penal institutions than judges.

However, the U.S. Supreme Court has clarified that “[p]rison walls do not form a barrier separating prison inmates from protections of the Constitution.”   Prison officials must point to some evidence that it is necessary to impound Prison Legal News.

No other state prisons have banned Prison Legal News

It is striking that the FDOC stands alone among penal institutions in imposing such a blanket ban on speech.  Neither the Federal Bureau of Prisons nor other state departments of corrections have taken such a drastic step.

Prisoners are human beings who should have the ability to read articles about prisons, the criminal justice system, lawsuits filed against prisons, public records disputes against prisons, and other related issues.

The reviewing Justices of the Supreme Court should remember the words of Justice Thurgood Marshall who wrote in Procunier v. Martinez (1974):

The First Amendment serves not only the needs of the polity but also those of the human spirit – a spirit that demands self-expression. When the prison gates slam behind an inmate; he does not lose his human quality; his mind does not become closed to ideas; his intellect does not cease to feed on a free and open interchange of opinions; his yearnings for self-respect does not end; nor is his quest for self-realization concluded.

There is another reason why the Court should review this case.   The FDOC’s actions don’t just violate the First Amendment rights of prison inmates.  They also violate the First Amendment rights of the publisher and advertisers.   The Court recognized in Thornburgh v. Abbott (1989) that “publishers … have a legitimate interest in access to prisoners.”

As I’ve explained in a previous column, prisoners are human beings who should not be forgotten and mistreated.   Hebrews 13:3 provides: “Remember the prisoners as if chained with them.”

Hopefully, the Court will remove these chains of censorship.

David L. Hudson, Jr. is a Visiting Associate Professor of Legal Practice at Belmont University Law School.  He also is the author or co-author of several First Amendment books, including The First Amendment: Freedom of Speech (2012).