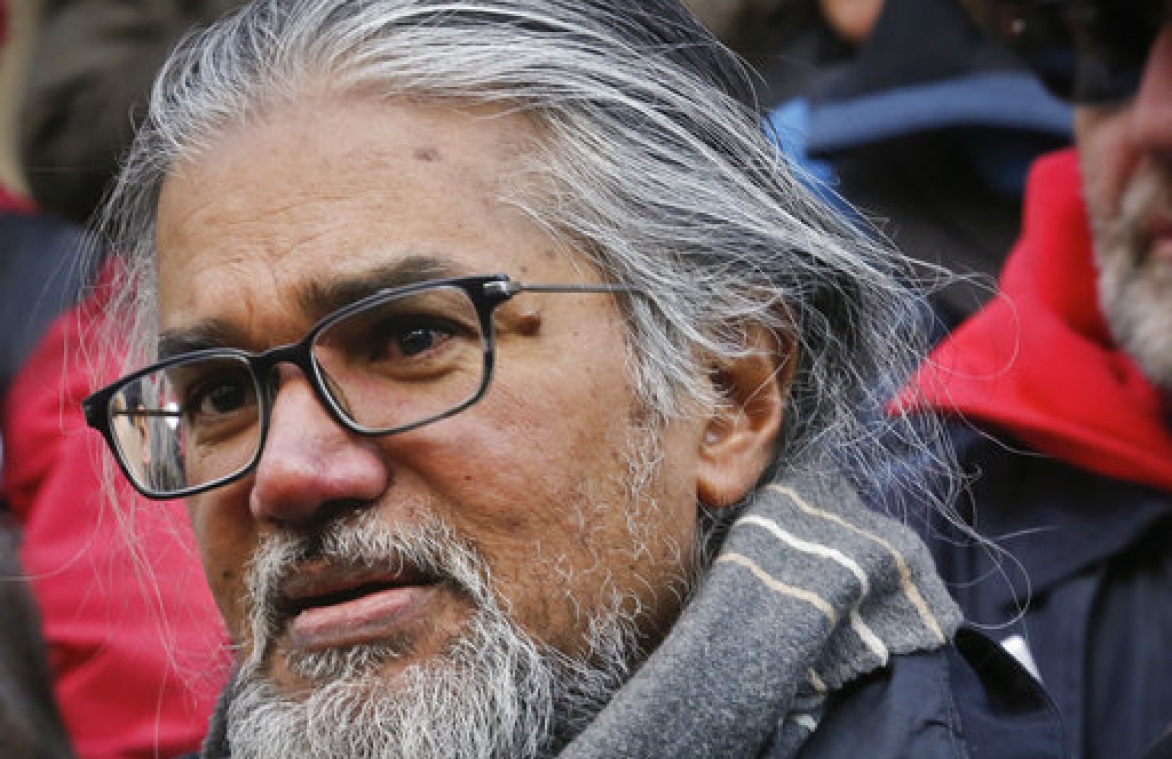 In this Jan. 31, 2018 file photo, immigration activist Ravi Ragbir, listens during a news conference at New York City Hall called by city council members on his behalf. Ragbir, whose long battle over deportation has drawn support from Democratic politicians in New York won't have to leave the country before a First Amendment lawsuit is heard. (AP Photo/Bebeto Matthews, File, with permission from The Associated Press)

NEW YORK (Sept. 11, 2018) — The First Amendment prohibits the government from retaliating against noncitizen activists for peacefully protesting the government’s immigration activities, according to an amicus brief filed by the Knight First Amendment Institute at Columbia University, Georgetown Law’s Institute for Constitutional Advocacy and Protection, and the Roderick & Solange MacArthur Justice Center.

“Immigration, including the treatment of noncitizens, has been a touchstone of political debate in the United States,” said Ramya Krishnan, staff attorney at the Knight Institute. “Allowing the government to deport noncitizens for criticizing the nation’s immigration policies would silence crucial voices on a political issue central to the national conversation, and enable a practice that the U.S. government has condemned in other countries around the world.”

Ravi Ragbir, a prominent immigrant rights activist, filed suit to prevent U.S. Immigration and Customs Enforcement (ICE) from deporting him to Trinidad & Tobago after 25 years of living in the United States. According to the lawsuit, Ragbir v. Homan, it was Ragbir’s First Amendment-protected activism that motivated ICE to begin removal proceedings. Ragbir seeks an injunction preventing his removal on this basis and preventing governmental retaliation against other noncitizen activists for the exercise of their First Amendment rights. The district court denied the injunction, and that decision is now pending before the U.S. Court of Appeals for the Second Circuit.

“The right to engage in peaceful advocacy and protest lies at the very heart of the First Amendment,” said Seth Wayne, a litigator at Georgetown Law’s Institute for Constitutional Advocacy and Protection. “It’s therefore particularly concerning to see the government retaliating against activists by seeking to remove them from the country as a way to silence them. We’re proud to stand alongside the Knight Institute and the MacArthur Justice Center to defend essential First Amendment rights.”