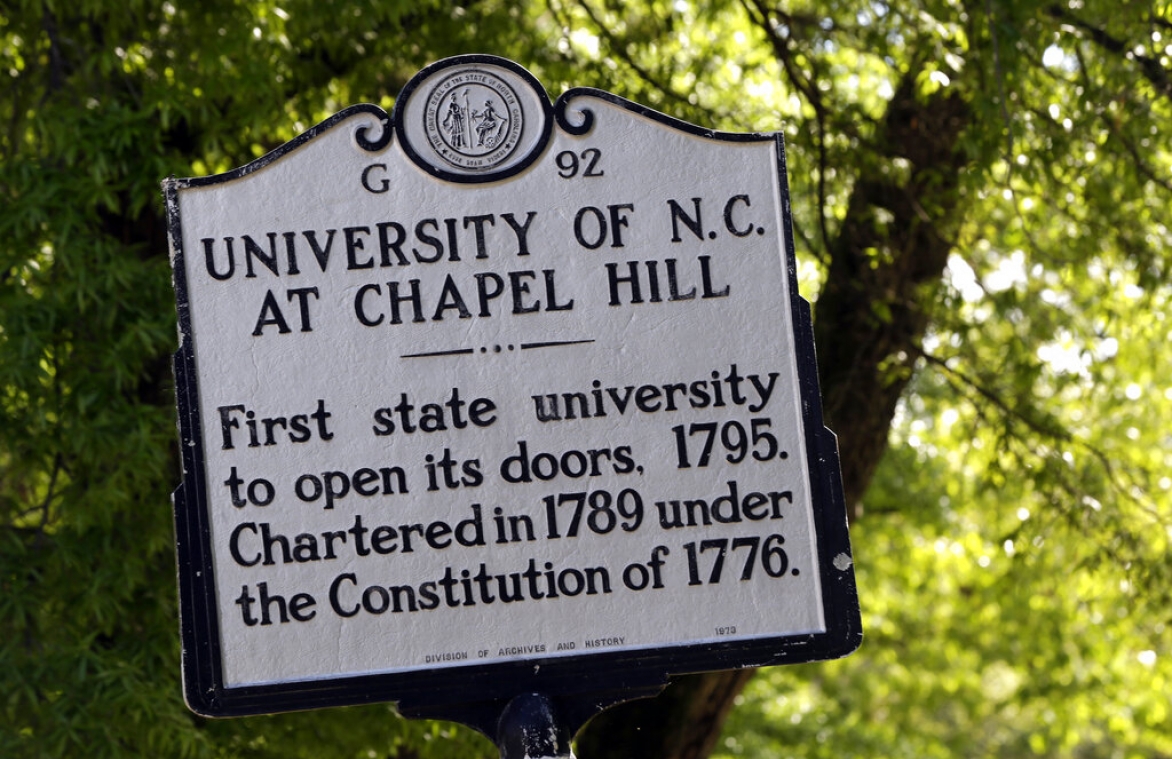 CHAPEL HILL, N.C. (AP) — A major University of North Carolina donor whose name is on its journalism school voiced concerns about the school's hiring of investigative journalist Nikole Hannah-Jones in the weeks before her application for tenure was halted.

Walter Hussman Jr., publisher of the Arkansas Democrat-Gazette, said in emails to university leaders that he was concerned about whether Hannah-Jones' presence at the journalism school would distract from its core values, according to an article in The Assembly. In 2019, Hussman pledged $25 million to what's now known as the Hussman School of Journalism and Media.

In an interview with WRAL-TV on May 31, Hussman said he didn't pressure school leaders to change any decisions about hiring Hannah-Jones, whose work on the "1619 Project" for the New York Times Magazine won a Pulitzer Prize. The project caused an uproar among conservatives who have complained about inaccuracies in its focus on the country's history of slavery.

"It's not my decision, but I think I'd be kind of derelict in my duties if I thought they were making a mistake without at least telling them what I thought about it," Hussman told WRAL.

Hussman, who didn't immediately respond to a request by The Associated Press for comment on June 1, majored in journalism and graduated from UNC-Chapel Hill in 1968.

Hannah-Jones was offered a five-year contract to serve as the Knight Chair in Race and Investigative Journalism at UNC-Chapel Hill, even though her predecessors in the role were given tenure when appointed. A trustee who vets submissions for tenure postponed consideration of Hannah-Jones' application in January because of questions about her non-academic background, the head of the board of trustees said last month. The submission never came before the full board of trustees for a vote.

School leaders have said little about why tenure wasn't offered, despite the dean of the journalism school and faculty supporting the distinction. The newly revealed emails from Hussman to school leaders shed light on conversations about Hannah-Jones' hiring in the weeks before her tenure application was halted.

"I worry about the controversy of tying the UNC journalism school to the 1619 project," Hussman wrote in a December email. "Based on her own words, many will conclude she is trying to push an agenda, and they will assume she is manipulating historical facts to support it," Hussman added in the email.

The 1619 Project launched in August 2019 around the 400th anniversary of the beginning of American slavery. The New York Times Magazine describes the project as being designed to reframe the country's history by placing the consequences of slavery and the contributions of black Americans "at the very center of our national narrative."

In a September email to Routh, Guskiewicz and King, Hussman argued that Hannah-Jones overlooked the contributions of white Freedom Riders, journalists and others when she wrote in a 1619 Project essay that blacks fought for civil rights alone "for the most part."

"Long before Nikole Hannah Jones won her Pulitzer Prize," Hussman said in the email, "courageous white southerners risking their lives standing up for the rights of blacks were winning Pulitzer prizes, too."

Dozens of faculty members from the journalism school have signed statements decrying the failure to offer Hannah-Jones tenure and demanded an explanation for the move. The foundation that endows the Knight chair also encouraged the trustees to reconsider. A group of tenured faculty also resubmitted an application late last month for Hannah-Jones to receive a tenured position, but it's not clear when or whether the trustees will consider it.

Also last week, Hannah-Jones issued a statement saying she had retained attorneys from the NAACP legal defense fund as she considers legal action against the school. Her lawyers argue that the failure to offer her tenure is part of a conservative backlash against scholars telling the truth about the history of racism in the U.S.