Celebrating the most American of freedoms 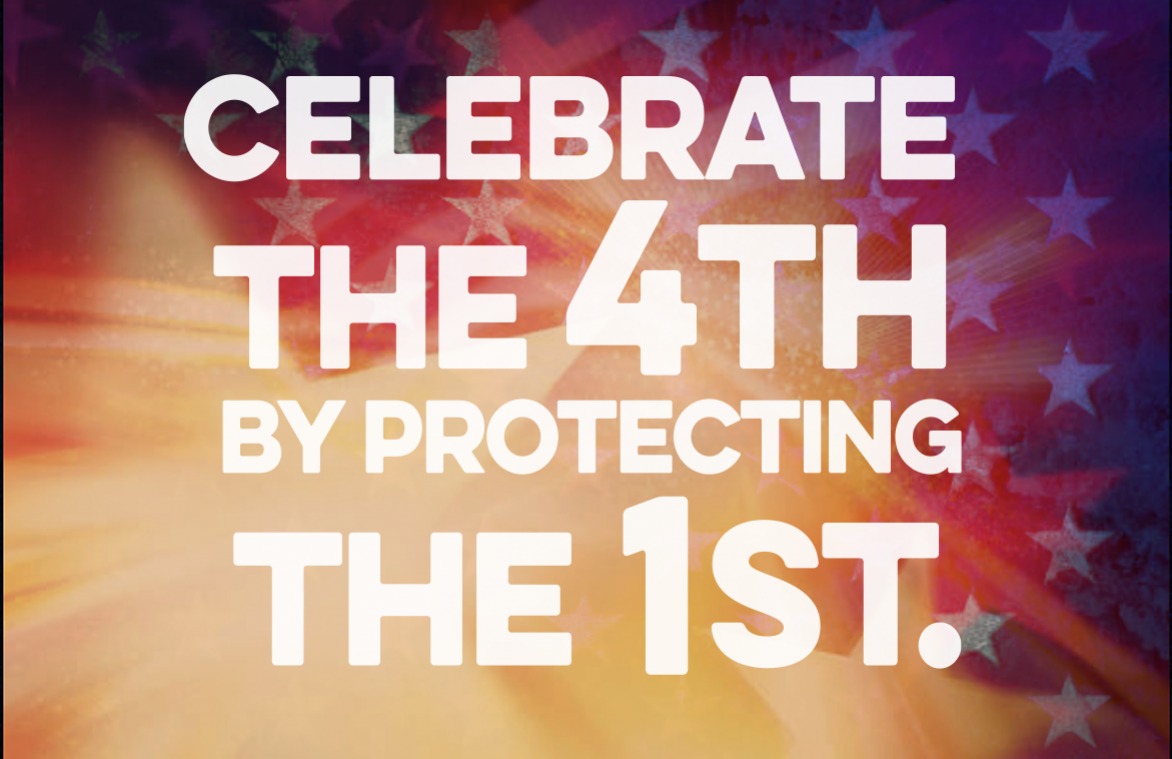 The 56 men who signed the Declaration of Independence knew what they were getting into. As we celebrate the 4th of July 245 years later with flags and fireworks, it's easy to forget that these patriots risked death to give a new nation life.

If you've never read the Declaration of Independence in its entirety, this is a good time to do that. More than two centuries later, it's still a good read. These rebels, who would be accused of treason by Great Britain, wrote the document in a reasoned manner, attempting to convey to the world that their cause was a just one.

At its most basic, it’s a demand for a divorce, with one party explaining why this marriage can’t be saved. What's fascinating, though, is how the list of complaints about the king of England not only cited justifications for the breakup, but also telegraphed the principles the new nation would insist upon in establishing its own governance.

The entire document was a bold statement, speaking truth to power. As it established its own future, this new nation would have to find a way to guarantee free speech, particularly in regard to criticizing government.

The Declaration of Independence lists more than two dozen examples of why the king "was unfit to be the ruler of a free people." The new United States of America would need to create a check on those who abused their power. That would come from a free press.

Much of the Declaration is devoted to examples of the king's ignoring the colonies’ needs and maintaining a stranglehold on new legislation to address those needs. Clearly, the United States would have to guarantee petition and assembly.

Memorably, the Declaration states that all men are endowed by their “Creator” with certain "unalienable rights." This was an acknowledgement of a Higher Power without a specific reference to any religion. This new nation would go on to guarantee freedom of faith.

Freedom of speech, press, and religion. The rights of petition and assembly. Today, we see all five nestled together in the First Amendment to the U.S. Constitution. It took a war for independence and 15 years, but those aspirations became the cornerstone for a young and vibrant country.

Fast-forward to the 21st century. A new survey of people around the globe by legal public-policy center Justitia has assessed how citizens in 33 countries feel about freedom of speech. It found that most citizens in most countries feel free speech is important and positive, but they waver when presented with scenarios in which free speech offends others or hampers society.

In order, Norway, Denmark, the U.S., and Sweden top the list: Citizens of these nations say they are steadfast in their support of free speech. At the bottom of the list: Tunisia, Kenya, Egypt, and Pakistan.

In a telling passage, Justitia quotes free-speech expert and Columbia  University President Lee Bollinger as saying the U.S. is "the most speech-protective of any nation on earth, now or throughout history." The report also notes that a 2015 Pew research study determined that no nation in the world was more supportive of free speech and a free press than the U.S.

At our best – and not without lapses – we walk that talk.

In 1776, our founders published a Declaration of Independence, but also a declaration of intent. Those early Americans sought “life, liberty and the pursuit of happiness” by creating a nation founded on freedom. But those freedoms must never be taken for granted, and our collective vigilance is essential.