Policinski: Make the web a better place, but guard against government censorship 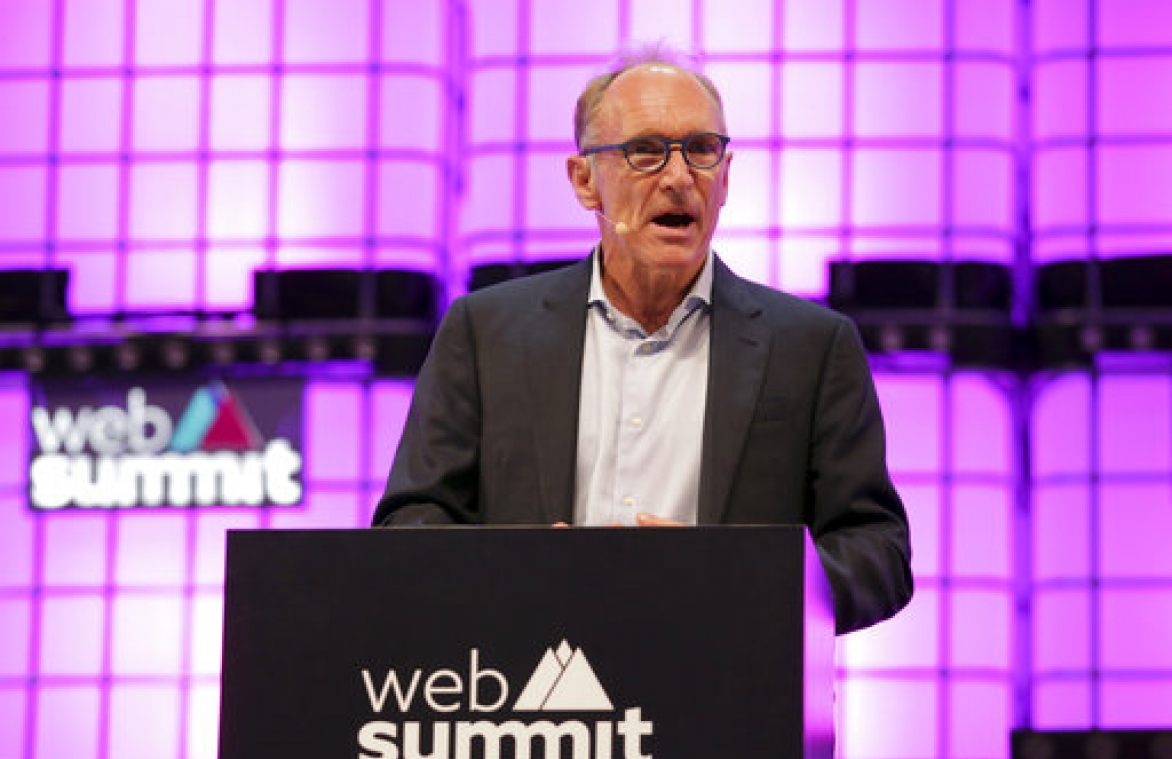 Web inventor Tim Berners-Lee used his address at the Web Summit conference in Lisbon Nov. 5, 2018 to call for private companies, governments and internet users to unite around what he called a "contract for the Web," a nine-point plan with goals to protect personal privacy, create online methods to counteract harassment and hate speech and for universal access to the web.

We'd all like a "better" internet in terms of privacy, politeness, taste and safety. And who would oppose eliminating false or misleading information from social media sites, or preventing online bullying and such?

Last week, some of the world's most significant, influential and powerful figures around such issues — in the words of The Wall Street Journal, "the giants of the web" — gathered at the 2018 Web Summit in Lisbon, Portugal and in Brussels at an international conference on data privacy and policy.

At the Lisbon meeting, an audience reportedly cheered for a proposed international institute to propose regulations worldwide on social media. United Nations Secretary-General António Guterres warned in a speech that "the weaponization of artificial intelligence is a serious danger" and Microsoft President Brad Smith called for "a digital Geneva Convention" to end state cyberattacks against civilians.

Web inventor Tim Berners-Lee called for private companies, governments and internet users to unite around what he called a "contract for the Web," a nine-point plan with goals to protect personal privacy, create online methods to counteract harassment and hate speech and for universal access to the web.

In Brussels, Apple CEO Tim Cook advocated for the U.S. to adopt the European Union's strict data privacy law, enacted in May, allowing consumers to review, edit and delete personal information on the web. Cook warned that technological advances are leading to a "data industrial complex" and that "our own information, from the everyday to the deeply personal, is being weaponized against us with military efficiency."

So much for the once-hoped for era of "peace, love and harmony" that the World Wide Web was supposed to usher in on behalf of all humanity.

Still, we've been here before — and need to keep in mind we've overreacted to the threats, real and imagined, posed by new technology before dialing down regulations and codes to a reasonable compromise on free expression, privacy and safety.

New technology has led to self-regulation before

Early concerns about privacy noted that the new-fangled telephone could ring into a home at any hour of the day, while proper guests of the day would knock on the door and announce themselves.

Content on radio was relatively unregulated, with government attention directed more to the actual problems with frequencies and interference — until the Communications Act of 1934 gave the Federal Communications Commission power not only to govern the technology but what was said over the airwaves via the so-called "Fairness Doctrine."

Intended to ensure that all voices were heard on public airwaves, the doctrine was abandoned in the 1980s as no longer needed in a world of virtually unlimited cable and satellite channels, but also with the realization that it actually diminished discussion on matters of public interest.

Film and TV codes restricted what could be uttered and seen

In movies, the "Hays Code" was adopted by Hollywood filmmakers in the early 1930s to head off moves to have Congress set strict standards for what movies could show across a wide range of topics and issues — from comments about the law and drug use to sex and violence. One silly example of the code's restrictions: Childbirth was considered a "taboo" subject. In the acclaimed film "Gone with the Wind," as a character was giving birth, actors in the scene could only be shown as shadows on a wall.

The code was on the books for decades but was weakened in the 1940s and 1950s — particularly in 1952 when the U.S. Supreme Court, considering a case involving the movie "The Miracle," extended First Amendment protections to films.

Likewise in television, the "Television Code" was adopted by the National Association of Broadcasters under threat of a government council to set rules. From 1952 to 1983, the code ruled on everything from how actors dressed to references to religion, sex, family life and more. Famously, the code resulted in married couples shown on TV only using double beds and in 1952, when the star of "I Love Lucy," Lucille Ball, became pregnant, that word was not permitted — the show was allowed to say only that she was "with child" or "expecting."

When the sound of a flushing toilet was heard in 1971 in an episode of the groundbreaking sitcom, "All in the Family," it reflected a growing demand by the public for realism rather than the unrealistic depictions of everyday life that the code had encouraged.

Note that all of those overreactive attempts to regulate came early in the development of those mediums of expression.

Fight real misuse on the web, but guard against government control over what we see

The web is barely out of its teenage years, in effect, and social media megaliths such as Facebook and Twitter are even younger. The web's revolutionizing impact extends from newly accessible public records to instant global communication. And our reliance on social media as a means of reporting news, recording our lives and relaying our views is unlike anything seen in generations, if anything before.

But if history is a guide — and it is — we need to temper calls to "protect" ourselves from that which we do not like or find dangerous, lest we replace such with censored, sanitized and government-regulated messages or content intended to pacify rather than provoke and inform.

There may well be a need to rein in the wild web, to set privacy boundaries and fight real misuse. But we must be certain that the control over what we see, hear, say and access remains as close to our own fingertips as possible — and not handed over to some "National Nanny" claiming to act on our behalf, lest we be confined to a future of shadows on the wall, double beds and a view of life where no one ever uses a toilet.