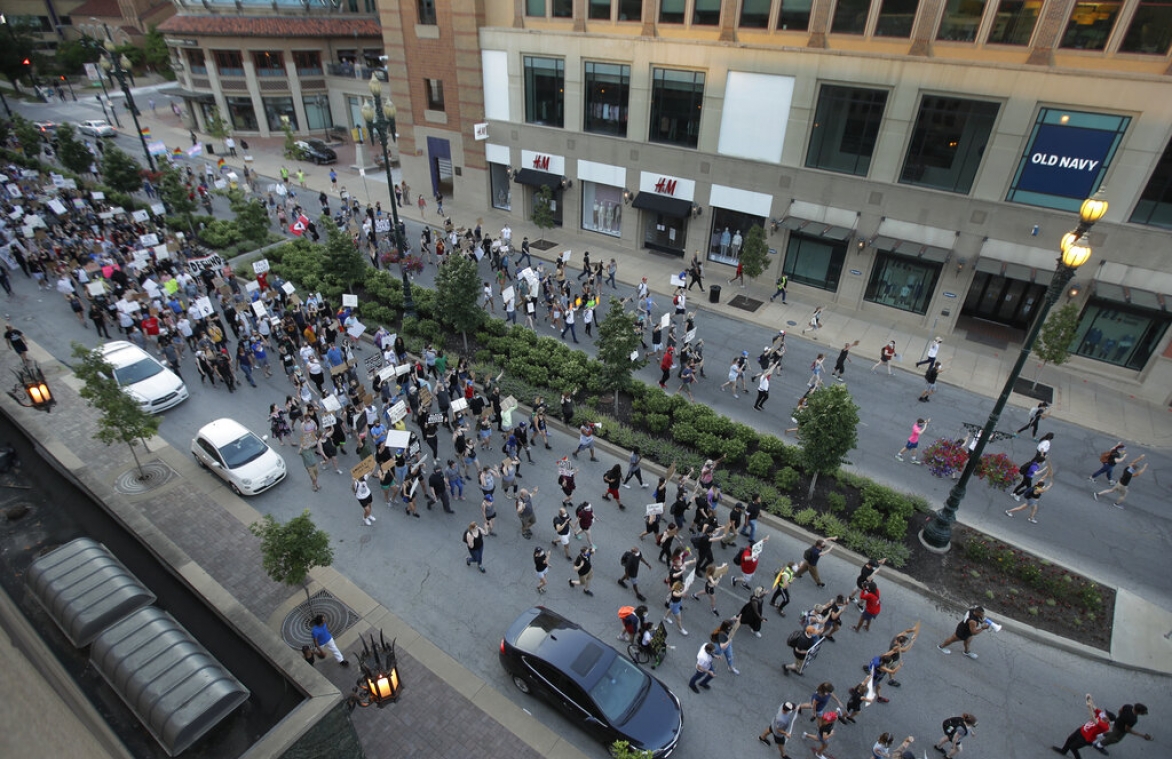 KANSAS CITY, Mo. (AP) — Police in Kansas City have agreed as part of a lawsuit settlement to stop banning protesters from returning to areas in the city where the protests were held, civil rights groups said July 14.

"Now more than ever we must safeguard the right to protest from police overreach and violence — especially where protests are about the police themselves," said Amy Breihan, co-director at the MacArthur Justice Center.

Police spokeswoman Donna Drake said in an emailed statement that the department is "grateful to have had this opportunity to work with the ACLU on these important First Amendment issues."

"Since the summer of 2020, we have continued to make adjustments and changes to include our new First Amendment policy," Drake said. "KCPD continues to work hard to support the First Amendment rights of the citizens of Kansas City."

The lawsuit stems from protests against police brutality and racial injustice last year at the Country Club Plaza, a popular dining and shopping district. About 100 people were arrested in June 2020, including Theresa Taylor. When she was released on bail, police told her that if she returned to the Plaza she would be arrested and held without bail. A municipal charge alleging Taylor failed to comply with a police order to disperse was later dismissed.

The settlement also requires training on free speech and anti-bias and de-escalation practices as well as prohibiting officers from adding conditions of bond release beyond those imposed by the court or prosecutor.