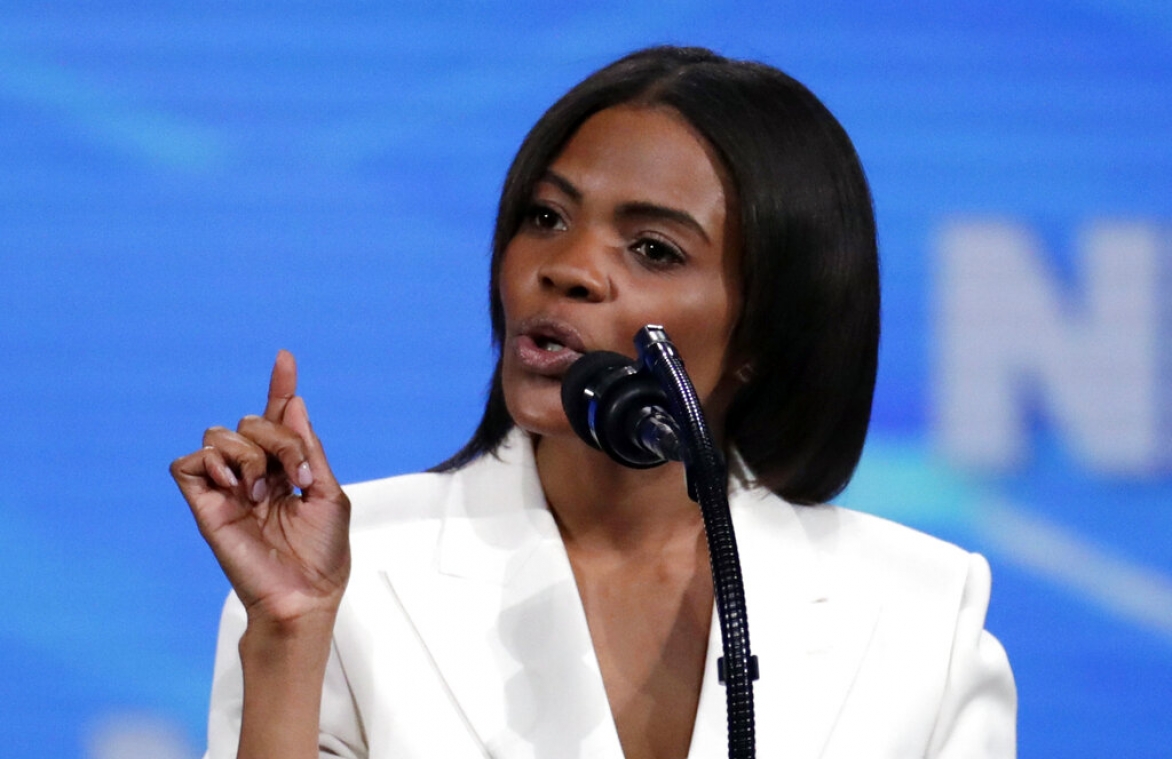 Candace Owens, director of urban engagement for Turning Point USA, speaks in 2019 at the National Rifle Association Institute for Legislative Action Leadership Forum in Indianapolis. A Delaware judge has dismissed a lawsuit filed by the conservative political commentator against USA Today and another news organization over fact-checked coronavirus posts she made on Facebook. (AP Photo/Michael Conroy, file)

DOVER, Del. (AP) — A Delaware judge has dismissed a lawsuit filed by conservative political commentator Candace Owens against USA Today and another news organization over fact-checking coronavirus posts she made on Facebook.

The judge ruled earlier that Owens had failed to state an actionable claim against USA Today or Lead Stories LLC, a Colorado-based entity. Lead Stories, like USA Today, is paid by Facebook to publish fact-check articles examining whether certain posts contain false information, according to the court ruling. Dozens of outside organizations, including The Associated Press, participate in Facebook's fact-checking program.

Lead Stories published an article in April 2020 fact-checking a Facebook post in which Owens claimed that the way U.S. government officials counted COVID-19 deaths overstated the scope and dangers of the pandemic. The Lead Stories article labeled Owens' post with the terms "Hoax Alert" and "False" and prompted Facebook to place a false information warning label on Owens' post.

Similarly, USA Today published a fact check later that month concluding that a post in which Owens questioned the relationship between the counting of COVID-19 deaths and flu deaths in early 2020 contained false information. Owens cited Centers for Disease Control and Prevention reports and argued sarcastically in her post that the number of flu deaths had decreased drastically in early 2020.

As a result of the USA Today article, Facebook put a false information warning label on Owens' second post.

Owens claimed that the defendants' articles harmed her by preventing her from deriving advertising revenue from her Facebook page and promoting her book Blackout on Facebook. She sued USA Today and Lead Stories for intentional interference with contractual relations, tortious interference with prospective business relations, and unfair competition. She also filed two separate claims against Lead Stories accusing it of defamation.

"The political aspects of this case are manifest but must be ignored in favor of application of the law," Superior Court Judge Craig Karsnitz noted in his ruling.

While rejecting arguments that he lacked jurisdiction over Lead Stories, Karsnitz ruled that Owens had failed to show that statements made by Lead Stories regarding her Facebook post were false under a "reasonable conceivability" standard.

The judge also ruled that the term "Hoax Alert" in the Lead Stories article was used as "loose, figurative, or hyperbolic language" and readers would not understand it to mean that Owens was intentionally spreading a lie.

Karsnitz also said Owens, a public figure, failed to show that Lead Stories had published a false statement and did so with actual malice. The judge also ruled that Owens failed to adequately plead that the defendants improperly or wrongfully interfered with the performance of the contract between her and Facebook.

"A tortious interference claim cannot survive if the claim is premised solely on statements that are protected by the First Amendment because the exercise of constitutionally protected speech cannot be an 'improper' or 'wrongful' action," he wrote.