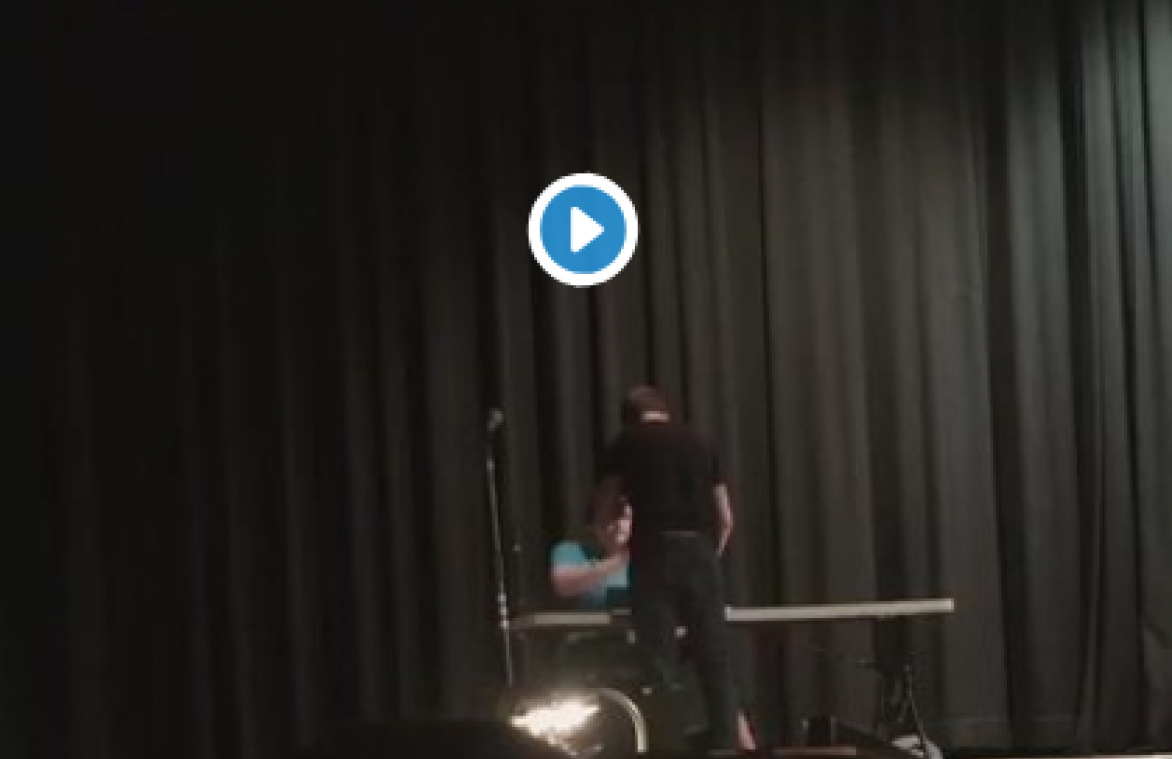 Vetrano posted on twitter a video of the skit in which he added a line to the pre-approved Bathroom Skit: "Is this why our Superintendent makes so much money, to write bathroom policy?"

A high school student who was banned from the second night of school skits because he criticized the superintendent on the first night did not have his First Amendment free speech rights violated, a New York federal judge ruled.

Public school officials at Miller Place High School and Miller Place Union Free School District in Suffolk County, New York, prohibited Kyle Vetrano from participating in the second night of the school's annual variety show in March 2015 after he improvised a line on the first night that criticized the school superintendent.

The variety show consisted of various musical and other talent acts interspersed with satirical skits performed by members of the senior class.

Skits had to be pre-approved by the faculty advisor

Students submit copy of their skits to a faculty advisor, who approves the skit.  If the skit mentions another faculty or staff member, the faculty advisor obtains the approval of that individual as well.  Vetrano participated in the so-called “Bathroom Skit,” which students criticized because it limited use of the bathroom to one student at a time, allegedly to prohibit smoking in the bathroom.

The advisor approved of the Bathroom Skit but warned students not to improvise and create new lines in the skit.  Vetrano improvised on the first night during the skit with the line: “Is this why our Superintendent makes so much money, to write bathroom policy?”

The advisor told Vetrano after the first night of the show that he could not participate in the second night because he had violated policy by uttering lines not previously approved.

Vetrano publicized his discipline on multiple platforms, including Twitter.  Other students wore t-shirts that said “Free Kyle 1st Amendment.”   He also circulated a petition, requesting an apology from school officials.

In May 2016, Vertano filed a federal lawsuit, alleging a violation of several constitutional rights, including his First Amendment right to freedom of speech.   Vertano alleged that he was the victim of unlawful retaliation, as he was punished for the exercise of protected speech.

On February 22, 2019, U.S. District Judge for the Eastern District of New York Arthur D. Spatt rejected the plaintiff’s constitutional claims and ruled in favor of the school defendants in Vetrano v. Miller Place Union Free Sch. Dist.  Regarding the free-speech retaliation claim, the judge determined that Vertano’s retaliation claim must fail because he did not engage in protected speech.

Vetrano’s speech was school-sponsored speech governed by the legal standard from the U.S. Supreme Court’s decision in Hazelwood School District v. Kuhlmeier (1988).  Under this standard, public school officials can regulate school-sponsored student speech if they have a legitimate pedagogical, or educational reason to do.  The standard is deferential to school officials.  Vetrano argued that his improvised line was his own private speech, but the court found that it fell within the ambit of Hazelwood.

“Here, the students performed in a school venue, and the High School curated, reviewed and sponsored the Acts and Skits,” Spatt explained.   The judge easily found that the school officials acted with the legitimate educational purpose of promoting civility and respect.

Spatt reasoned that Vertano’s retaliation claim fails because he did engage in a form of protected speech.  Instead, public school officials had the authority to discipline him under the Hazelwood standard.