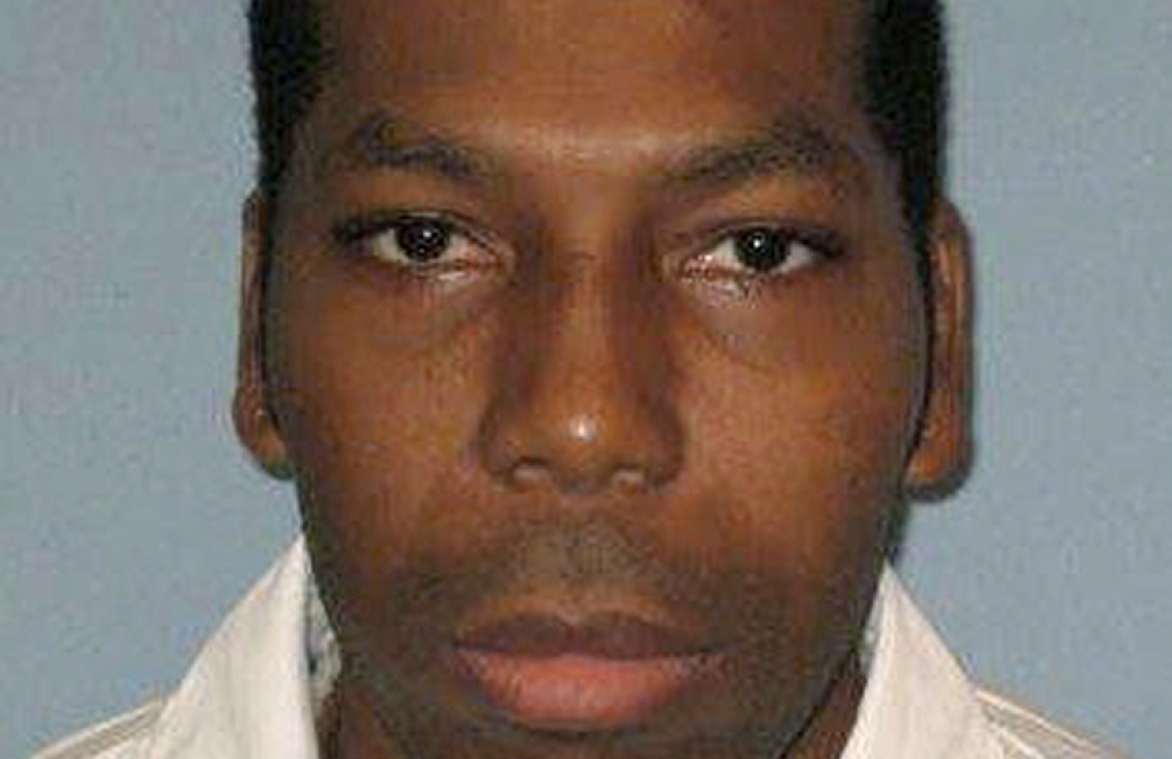 This undated file photo from the Alabama Department of Corrections shows inmate Dominique Ray. A federal appeals court has stayed the execution of Ray, a Muslim inmate in Alabama who says the state is violating his religious rights by not allowing an imam at his lethal injection. The 11th U.S Circuit Court of Appeals granted the stay but was overturned by the U.S. Supreme Court.(Alabama Department of Corrections via AP, File. With permission from the Associated Press.)

Shame on the Alabama Department of Corrections for flagrantly violating the Establishment Clause!

The state of Alabama executed Muslim inmate Dominique Ray without providing him with an imam in his last moments of living.

The Alabama Department of Corrections claimed that they did not violate the Constitution even though at Holman Correctional Facility, where Ray was executed, they only provided a Christian chaplain for death-row inmates.  The cursory explanation was that the policy was to further the prison’s interest in security.  However, there was no explanation as to why an imam, instead of just a Christian chaplain, could learn proper procedure.

The 11th U.S. Circuit Court of Appeals had ruled on Feb. 6 in Ray v. Comm’r, Department of Corrections that Alabama prison officials had violated the principle of denominational neutrality by favoring Christianity over other religious faiths.   The appeals court granted a stay of the execution, because the state policy appeared to violate this core tenet of the Establishment Clause.

However, the state appealed to the U.S. Supreme Court and a bare majority of the High Court determined that the 11th Circuit had overstepped its bound by issuing the stay of the execution.  This decision allowed the state of Alabama to proceed with the execution of Mr. Ray.   Ray died without having an imam present.

Four justices dissented from that ruling in an opinion by Justice Elena Kagan, who called the majority’s decision “profoundly wrong.”   Kagan and the dissenters were correct.  The policy of the Alabama Department of Corrections violated the clearest command of the Establishment Clause by preferring on religious denomination over another.

“Under [the Alabama] policy, a Christian prisoner may have a minister of his own faith accompany him into the execution chamber to say his last rites,” Kagan wrote in Dunn v. Ray.  “But if an inmate practices a different religion—whether Islam, Judaism, or any other—he may not die with a minister of his own faith by his side. That treatment goes against the Establishment Clause’s core principle of denominational neutrality

The policy also violated the spirit of human dignity.  To deprive a person of a religious connection in their last moments on Earth is anathema to basic decency.