Capitol Forum challenges Bloomberg for selling summaries of its stories 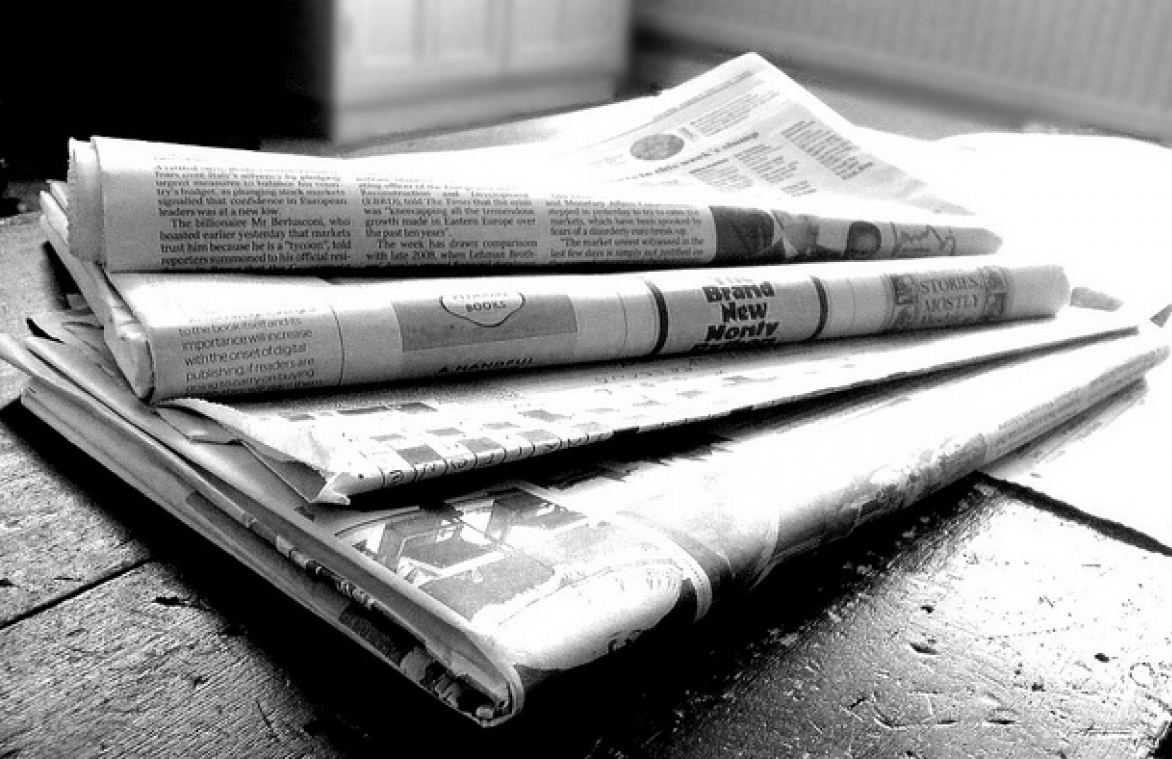 News permeates our lives. In the words of Supreme Court Justice Mahlon Pitney, it's "the history of the day." We consume it constantly and analyze it endlessly. We debate its value and its veracity. But here's another aspect to discuss: Can we own it? And should we be able to?

Capitol Forum is a subscription news service that produces policy reports on mergers and acquisitions, corporate investigations and antitrust enforcement. Not exactly page-turners, but the kind of information investors rely on to make business decisions.

In a recent lawsuit filed in federal court in Washington, D.C., against media outlets Bloomberg and Bloomberg Finance, Capitol Forum alleges that, "Within minutes of the release of many of Capitol Forum's reports, Bloomberg will surreptitiously obtain the report from one or more of Capitol Forum's subscribers and then republish a summary of that report on its own 'First Word' copyrighted subscription service, usually including direct quotations from the Capitol Forum report."

Most of the lawsuit's allegations revolve around copyright infringement and contract interference — with one curve ball thrown in: Capitol Forum is also claiming that Bloomberg is violating its property rights under the "hot news" doctrine.

What does that mean? Well, generally speaking, no one owns news. Copyright law doesn't protect facts and ideas — it protects the specific ways those facts and ideas are expressed. It might prevent Bloomberg from outright copying and pasting Capitol Forum's policy reports, but it doesn't prevent it from summarizing them or quoting from them. This is true regardless of how much effort Capitol Forum put into its reports.

Take it from copyright expert Rich Stim: "Facts are not protected even if the author spends considerable time and effort in discovering things that were previously unknown. For example, the author of the book on Neanderthals takes 10 years to gather all the necessary materials and information for her work. At great expense, she travels to hundreds of museums and excavations around the world. But after the book is published, any reader is free to use the results of this 10-year research project to write his or her own book on Neanderthals — without paying the original author."

The hot news doctrine is a very narrow, very obscure and possibly obsolete exception to this state of affairs. In 1918, the Associated Press (AP) sued its rival, the International News Service (INS), for taking AP news stories, rewriting them and publishing them as its own.

The Supreme Court sided with the Associated Press, finding that though no one can own the "history of the day," news does have economic value as "stock in trade to be gathered at the cost of enterprise, organization, skill, labor and money, and to be distributed and sold to those who will pay money for it." The court said the AP had a limited property right in the news it reported, one that prevented its competitors (but not the general public) from using it, though only for a short period of time — while the news was "hot."

The hot news doctrine doesn't broadly apply anymore, but it's also not quite dead. As the Columbia Journalism Review has pointed out, "The INS opinion itself is no longer good law; it was decided under federal common law, which was largely abandoned in 1938. But the doctrine lives on under state law."

What would it mean for any player to "own" facts for even a limited time?

You can see why Capitol Forum decided to bring up the concept, even though it opened them to mockery for dredging up a legal argument that hasn't really been successful since it was applied to telegraph dispatches about World War I. TechDirt described the hot news doctrine as a "mostly obsolete and, frankly, bizarre attempt to turn the idea of publishing a similar news story too quickly after the original reporters broke the story into a form of 'misappropriation.'"

Bloomberg's editor-in-chief made the following statement: "This case challenges routine newsgathering practices protected under the First Amendment, and Bloomberg will vigorously defend journalists' right to gather and report the news."

The hot news doctrine has never gone up against the First Amendment; there are valid concerns that if revived it would have a chilling effect on speech and press freedoms. The internet is, in essence, a network where information is shared, analyzed, remixed and repackaged freely and constantly. What would it mean for any player in this system to "own" a set of facts, even for a limited amount of time?

Of course, this cuts both ways. That freewheeling exchange of information has made the profit margins of actually discovering information pretty slim. Gathering and verifying facts is costly and time-intensive; summarizing those facts with a few choice quotes and a little pithy commentary is not (that's probably why there's so much more opinion journalism than the investigative variety).

It seems fundamentally unfair we don't provide more compensation and recognition for the harder labor, but at the same time, this reflects the strange and contradictory view we have of the news. Information about the world around us is a right, a public good — and also a product.

Lata Nott is executive director of the First Amendment Center of the Freedom Forum Institute. Contact her via email at lnott@freedomforum.org, or follow her on Twitter at @LataNott.