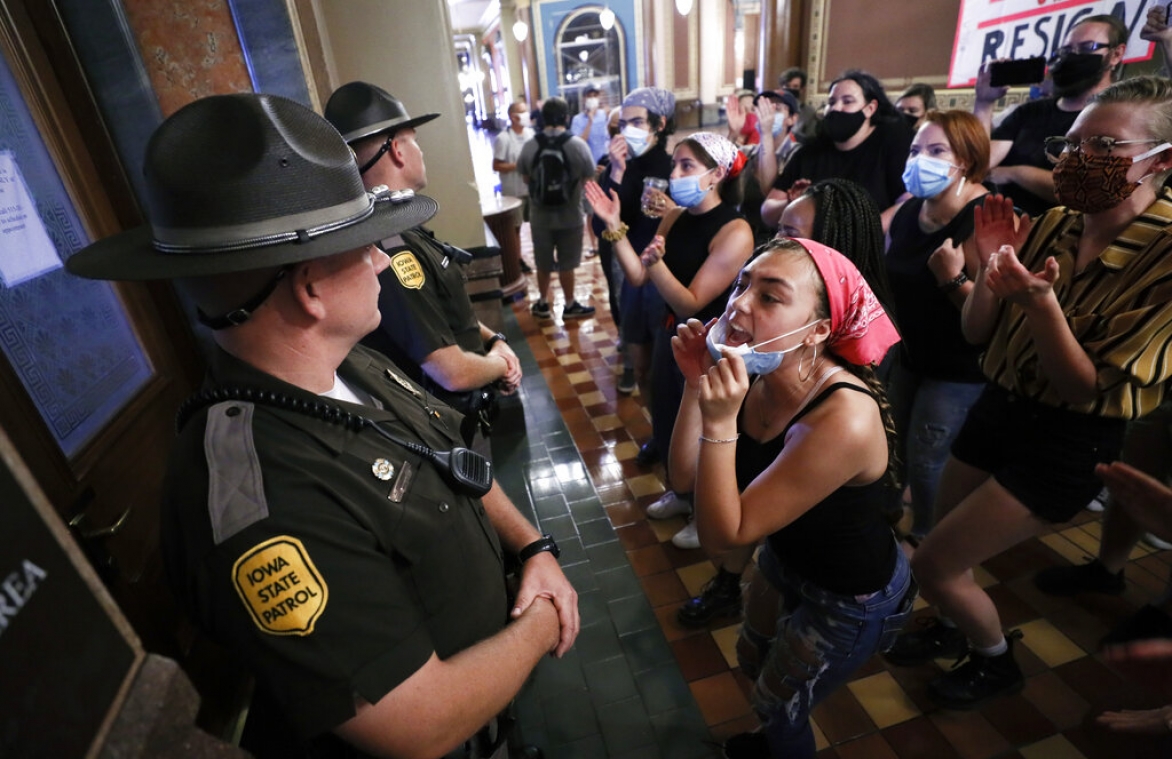 DES MOINES, Iowa (AP) — A federal judge has approved a lawsuit settlement compensating five supporters of Black Lives Matter whom the Iowa State Patrol arrested and banned from the grounds of the state Capitol following a scuffle during a protest last summer.

A state board on Aug. 2 approved a recommendation by state lawyers to pay Jalesha Johnson, Louise Bequeaith, Haley Jo Dikkers, Brad Penna and Brandi Ramus $5,000 each and their attorney $45,000.

U.S. District Judge Rebecca Goodgame Ebinger issued an order in December that prevented enforcement of the ban, concluding it likely violated the protesters' rights. On Aug. 17, she entered an order accepting the settlement agreement, calling it "fair, reasonable, and adequate under the circumstances of this lawsuit and is approved."

The five were arrested July 1, 2020, when a scuffle broke out with police officers at the Capitol. After the arrests, the Iowa State Patrol, which provides security at the Capitol, told the five protesters that legislative leaders ordered them banned from the grounds and would charge them with trespassing if they returned.

The American Civil Liberties Union of Iowa filed a lawsuit, saying the ban blocked the individuals' fundamental constitutional rights of free speech, assembly, right to petition their government, their fundamental freedom of movement and due process.

In addition to the payments, the state agreed to withdraw all verbal and written bans to the protesters. The Iowa Department of Public Safety agreed to train its officers assigned to the Capitol more on areas relating to the First Amendment.

"We are grateful to our clients for challenging the constitutionality of these bans. They are protecting their fellow protesters and everyone else who wasn't a plaintiff in this case by getting the bans of all protesters withdrawn. The state also agreed to not to issue the same type of ban in the future," said Rita Bettis Austen, ACLU of Iowa legal director,

Assistant State Attorney General Anne Updegraff told appeal board members at the Aug. 2 meeting that the attorney general's office believes the settlement is fair for the state.

Twelve other protesters arrested last year were also banned from protests at the Capitol — some were banned for six months and others for a year. They did not join the lawsuit, but their bans are lifted under Ebinger's recent order.