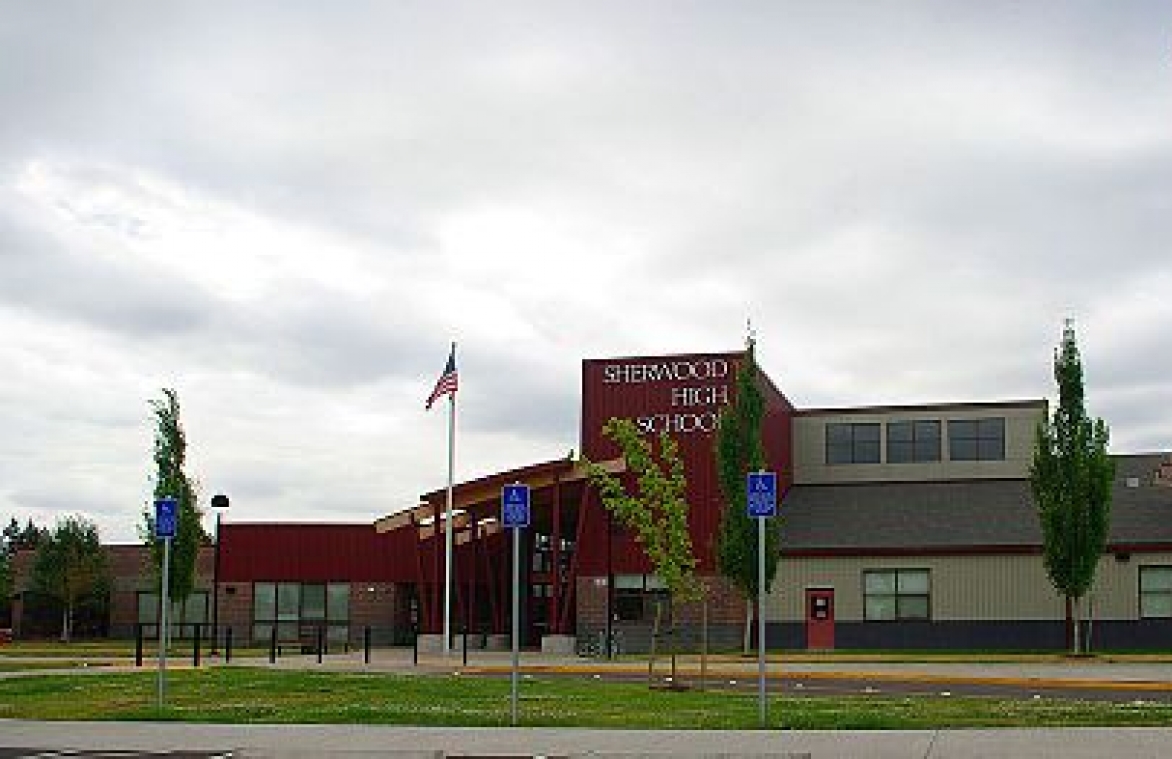 Sherwood High School officials expelled an Oregon sophomore for making a "threat of violence" after police told the school of the student's "hit list." The 9th U.S. Circuit Court of Appeals upheld the school's decision in March 2019, saying the student presented a "credible threat of severe harm to the school community."(Photo via Wikimedia Commons, CC BY 3.0)

Public school officials in Sherwood, Oregon, did not violate the First Amendment rights of a high school student when they expelled him for a hit list even though he never distributed the list to anyone at school, a federal appeals court panel has ruled.

The appeals court panel reasoned that there was a sufficient nexus or connection between the student’s off-campus writing and the school to justify the school’s disciplinary action.

CLM’s mother, Julie McNeil, discovered the journal in September 2014.   She told a therapist about the journal containing a hit list.  The therapist, alarmed by the entries, informed the Sherwood Police Department.  The police searched the McNeil home, which was close to the school, and found a .22 caliber rifle and 525 rounds of ammunition belonging to CLM.  However, the police did find any evidence that CLM intended to carry out any act of school violence.

CLM told the police that he uses the journal to vent and he would never carry out any violent thoughts.  The Sherwood Police decided not pursue any criminal charges.  However, the police informed the school district of CLM’s hit list.

News of the hit list became known through the media. The school district eventually suspended and then expelled CLM for one year for making a “threat of violence.”

CLM and his parents sued the school district in June 2015, alleging a violation of the student's First Amendment and other constitutional rights.  A federal district court ruled in favor of the school district.  On appeal, a three-judge panel of the 9th U.S. Circuit Court of Appeals affirmed in its March 14, 2019, decision in McNeil v. Sherwood School District.

The 9th Circuit panel determined that public school officials can regulate a student’s off-campus speech if, based on a totality of the circumstances, the speech has a sufficient nexus or connection to the school.  The relevant factors, according to the court are:

Analyzing these factors, the panel reasoned that CLM “presented a credible threat of severe harm to the school community.”  The panel also determined that the school district could reasonably forecast that the news of the hit list would substantially disrupt school activities.  Finally, the appeals court also explained that the content of the speech involved the school.

The panel did caution that “[o]ur test does not allow a school to take disciplinary action in response to just any perceived threat of school violence arising from off-campus speech.”  The panel acknowledged that “there are situations where school officials overstep their bounds and violate the Constitution.”

The panel concluded that the school district court could regulate the student’s off-campus speech without violating the First Amendment.

David L. Hudson Jr., a visiting associate professor of Legal Practice at Belmont University College of Law, is a First Amendment attorney and author who has written, co-written or co-edited more than 40 books, including Let the Students Speak: A History of the Fight for Free Expression in American Schools (Beacon Press, 2011), The First Amendment: Freedom of Speech (Thomson Reuters, 2012) and Documents Decoded: Freedom of Speech (ABC-CLIO, 2017).