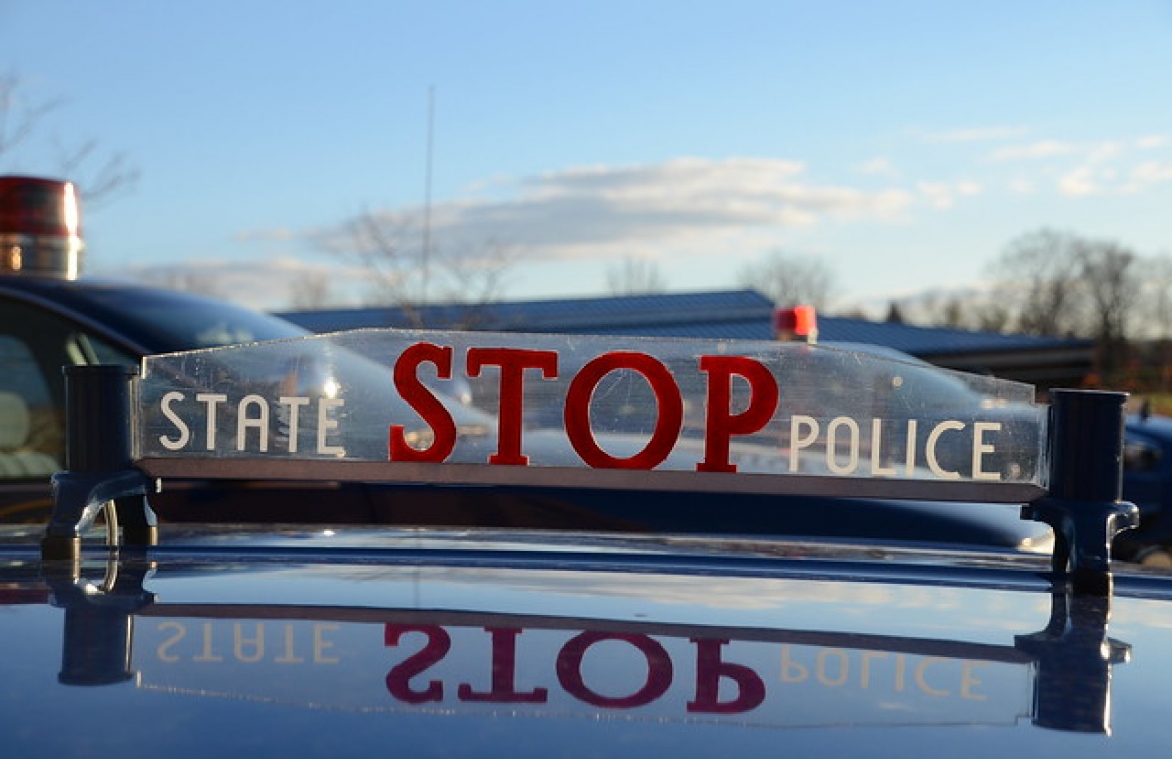 A New Hope, Minnesota, driver pulled over for flipping off a police officer in front of a public school did not have his constitutional rights violated, a federal district court has ruled.

The court reasoned that the police officer had reasonable suspicion to stop the vehicle for a supposed license plate violation.

Reuben J. Garcia drove past Sonnesyn Elementary School in New Hope a little too fast for Officer Kaitlyn Baker.  Baker warned Garcia to slow down.  Garcia later came back around the school when children were present and flipped off Officer Baker.

Baker then got into her police car and followed Garcia.  She stopped his vehicle and later arrested him for disorderly conduct.   She claimed that she noticed that Garcia’s rear license plate had a cover and a frame.

On the advice of his attorney, Garcia took a defensive driving course and wrote a letter of apology to Officer Baker in exchange for the dismissal of the disorderly conduct charge.   Garcia then filed a lawsuit in state court, contending that Officer Baker and others violated his First Amendment right to freedom of speech and his Fourth Amendment right to be free from unreasonable searches and seizures.  The defendants had the case removed to federal court since the lawsuit involved federal constitutional law claims.

On March 18, 2019, U.S. District Judge Nancy E. Bresel ruled in favor of the defendants in Garcia v. City of New Hope.   The judge reasoned that Garcia’s First Amendment claim must fail because to maintain a First Amendment retaliation claim, the offending government officials must lack probable cause or arguable probable cause to make the arrest.

Judge Bresel acknowledged that Garcia’s middle-finger gesture was protected expressive conduct under the First Amendment.   She also found that a jury could find that Officer Baker stopped Garcia’s vehicle because of the offensive gesture.

However, the judge also determined that Baker had reasonable suspicion to make the vehicle stop because Officer Baker believed that Garcia had committed a license plate violation.   Minnesota law provides: “it is unlawful to cover any assigned letters and numbers or the name of the state of origin of a license plate with any material whatever …”.

Garcia denied that his license plate had a cover or frame over it.   However, Officer Baker and another officer testified that his license plates had covers or frames on them.   “When Baker cited Garcia for the license plate violation, he chose to enter into an agreement to suspend prosecution rather than dispute the citation,” the court wrote.  “This evidence indicates that even if Baker was mistaken about the existence of a license plate cover and frame her mistake was reasonable.”

It will be interesting to see if this case is appealed.   Several other courts have found that police officers exceeded their authority in stopping motorists for middle-finger salutes.

David L. Hudson Jr., an associate professor of Legal Practice at Belmont University College of Law, is a First Amendment attorney and author who has written, co-written or co-edited more than 40 books, including Let the Students Speak: A History of the Fight for Free Expression in American Schools (Beacon Press, 2011), The First Amendment: Freedom of Speech (Thomson Reuters, 2012) and Documents Decoded: Freedom of Speech (ABC-CLIO, 2017).