News
September 27, 2021 by The Associated Press 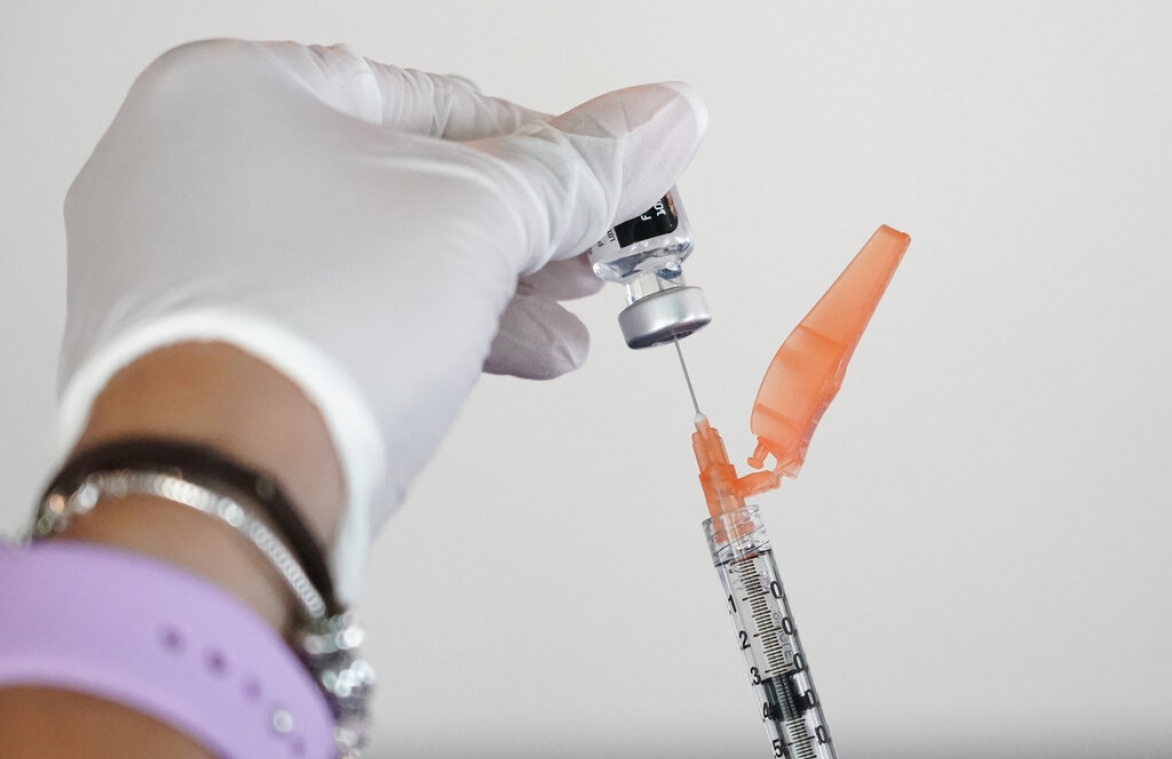 A Covid-19 vaccination about to be administered. AP Photo/Rogelio V. Solis

MADISON, Wis. (AP) — A Wisconsin high school student on Sept. 24 won a federal lawsuit she brought against a sheriff who threatened her with jail time early in the Covid-19 pandemic if she didn't remove social media posts saying she had the virus.

"The First Amendment is not a game setting for the government to toggle off and on," the judge wrote. "It applies in times of tranquility and times of strife."

The Wisconsin Institute for Liberty and Law filed the lawsuit against Marquette County Sheriff Joseph Konrath and a patrol sergeant. Luke Berg, the attorney who filed the case, said "this decision underscores that First Amendment rights cannot be dispatched with in an emergency. More importantly, law enforcement has no business trying to regulate the social media posts of local teenagers."

Samuel Hall, attorney for the sheriff and the Marquette County Sheriff's Department, said at the time the lawsuit was filed that the girl's messages "caused distress and panic within the school system and law enforcement acted at the request of school health officials in a good faith effort to avoid unfounded panic."

Hall did not immediately return a message seeking comment on the ruling.

The judge said the sheriff's office defense that it was acting in the greater good of the community does not insulate it.

"Demanding a 16-year-old remove protected speech from her Instagram account is a First Amendment violation," the judge said.

Cohoon, who was a sophomore in the Westfield School District in Marquette County last year, had a severe respiratory illness with symptoms matching those of Covid-19 during a spring break trip to Florida, the lawsuit said. She tested negative, but her attorney said that doctors told the girl's family that she likely had the virus but missed the window for testing positive.

The girl posted about her experience on March 26, 2020. Her first Instagram post showed her looking out a window with the message, "i wont be back for a while longer due to me ... having the COVID-19 virus....I dont want the attention it's just the truth."

A second post, showing her in a hospital bed hooked up to what appears to be an oxygen mask, included the caption, "Winning the fight with Covid-19." It was that post that the sheriff's deputy had a screen shot of and demanded she remove, according to her attorney.

At the time, Marquette County had had just two confirmed cases of Covid-19. As of Sept. 24, it has had 1,652 confirmed cases and 24 deaths, according to the Wisconsin Department of Health Services.