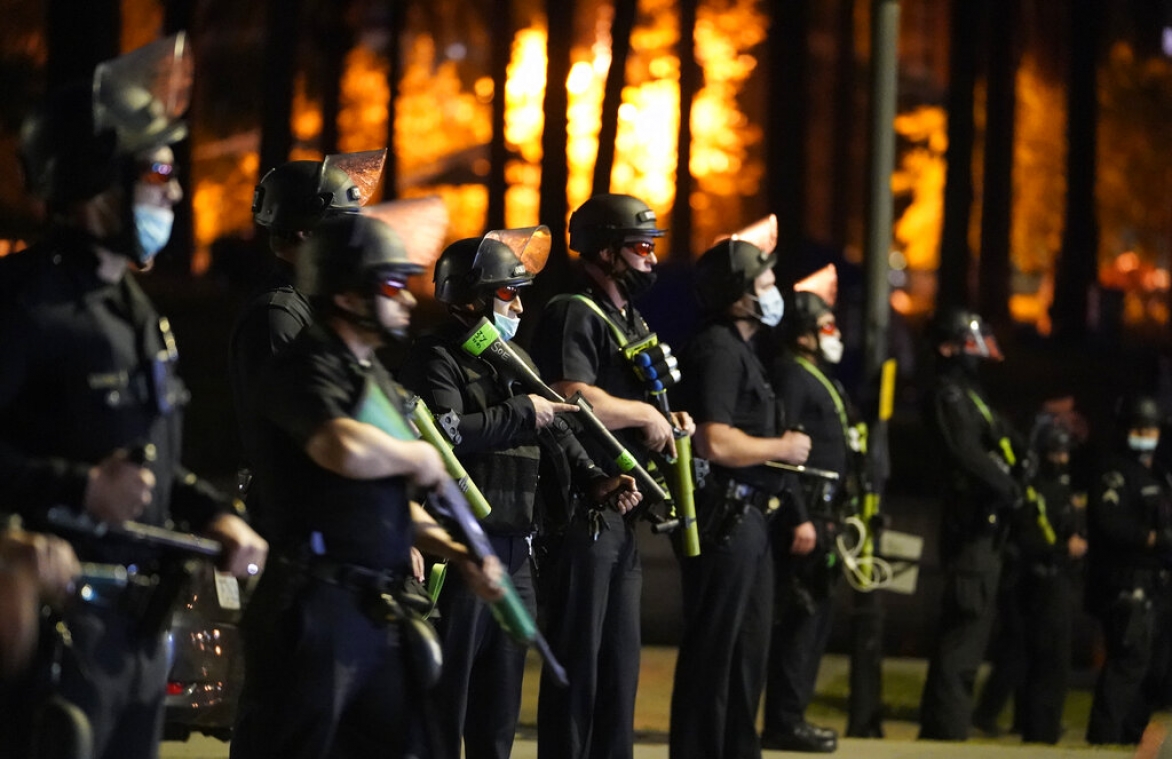 SACRAMENTO, Calif. (AP) — California will project journalists from interference by police while covering civil protests under a bill signed into law Oct. 9 by Gov. Gavin Newsom.

It was the second new law within days with free-speech implications.

The measure says reporters can be behind police lines in the area of demonstrations, marches or rallies without being cited or arrested. It bars police from "intentionally assaulting, interfering with, or obstructing" their newsgathering.

Newsom last year vetoed a similar measure over police agencies' concern that the measure would allow reporters into emergency field-command posts, along with other areas closed to the general public.

The bill's author, Democratic Sen. Mike McGuire, and others said it was similar to existing California law that allows reporters into places like wildfires or other disaster-evacuation zones.

"There's no doubt about it, California now has some of the toughest protections in place for journalists compared to any other state in America," McGuire said. "We have seen a surge in egregious acts of violence and obstruction made against members of the press across the country and right here at home in the Golden State."

Supporters included the California news publishers and broadcasters, ACLU of California and the First Amendment Coalition.

The California Police Chiefs Association termed the measure vague, overly broad and said it would result in costly litigation. It said the new law will "unduly penalize officers for carrying out their critical mission of protecting the public."

Newsom acted days after approving a bill making it illegal to come within 30 feet of someone at a vaccination site "for the purpose of obstructing, injuring, harassing, intimidating, or interfering." Violators could face up to six months in jail and a fine up to $1,000.

Opponents including California Family Council, Alliance Defending Freedom and Life Legal Defense Foundation argued that the measure infringes on free speech and is so broad that it can apply to anti-abortion protesters.

Life Legal Defense Foundation legal director Catherine Short said in a statement that she planned to quickly challenge the law and seek a temporary restraining order and preliminary injunction in federal court.

Democratic Assemblywoman Akilah Weber, who supported the measure, said it "strikes a balance between the rights of those who make a personal choice about how they wish to address their healthcare and safety with the personal rights of those who wish to protest their oppositions."