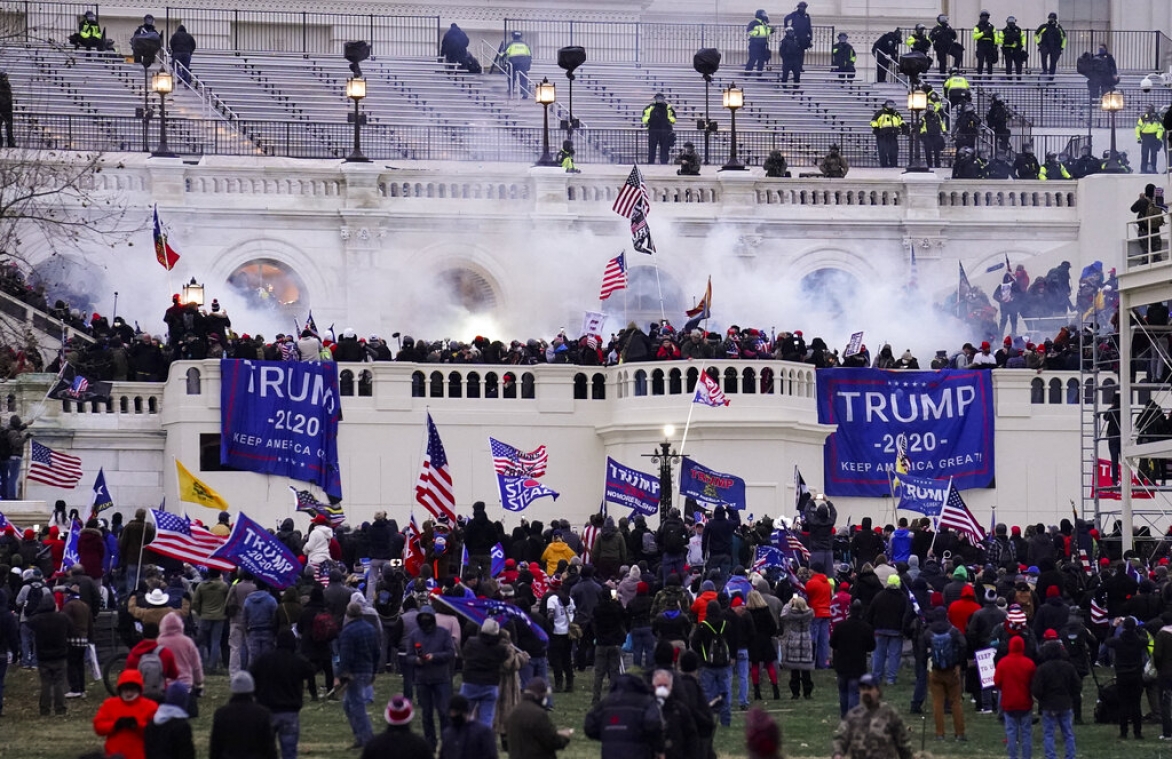 SEATTLE (AP) — The Washington Supreme Court heard oral arguments Nov. 9 in a case that will decide whether the identities of Seattle police officers who attended events in the nation's capital on the day of the insurrection are protected under the state's public-records law.

The justices must also decide whether those officers can continue their court filings anonymously. The state high court took the case under advisement and said it would rule at a later date.

Lawyers for Sam Sueoka, who filed a public records act request for the city's Office of Police Accountability investigation into the officers' activities on Jan. 6, said the public has a right to know who they are.

But the officers' attorneys said they had a First Amendment right to attend a political rally and releasing their names could subject them to harassment and potentially violence.

But Chief Justice Steven Gonzalez and Justice Raquel Montoya-Lewis asked the lawyers whether they should expect to maintain privacy rights after attending very public events in D.C.

Montoya-Lewis said she didn't disagree that a person's political views are an intimate aspect of life.

"The question is, if you go to a public event where there's press and the president is there and there is widespread national discussion about this event, how is participation in that event an intimate aspect of life?" Montoya-Lewis asked. "I don't understand that part of your argument."

Six Seattle officers were in Washington, D.C., to attend President Donald Trump's "Stop the Steal" rally. Their trip became public after one officer posted a photo on Facebook of herself and her husband, a fellow officer, at the demonstration. Four other officers later admitted they were there, too, but said they were not involved in the riot.

The officers filed a lawsuit in February against Sueoka and others who filed public records requests seeking the officers' identities. A judge ordered the release of their names in March. The officers appealed. Sueoka asked the state Supreme Court to decide the issue.

Two of the officers, Caitlin and Alexander Everett, were identified and fired in August after an investigation found they broke the law by crossing barriers set up by the Capitol Police. The Everetts, a married couple, were standing next to the Capitol Building during the riots.
Investigators said the four other officers did not violate laws or police department policies. Those four have continued to fight against the release of their names.

The Reporters Committee for the Freedom of the Press, representing dozens of news organizations, filed a brief in the case saying "full transparency will help restore public trust and provide assurance to the public that its law enforcement officers and agencies remain accountable to the communities they serve."

Neil Fox, one of Sueoka's lawyers, said the court should deny the officers' request to litigate these questions anonymously. That would force the release of their names and end the public-records case.

"This is a case where they are public employees," Fox said. "Their names are already public record. There is a recognized public interest in knowing the identities of public employees who are the subject of investigations."