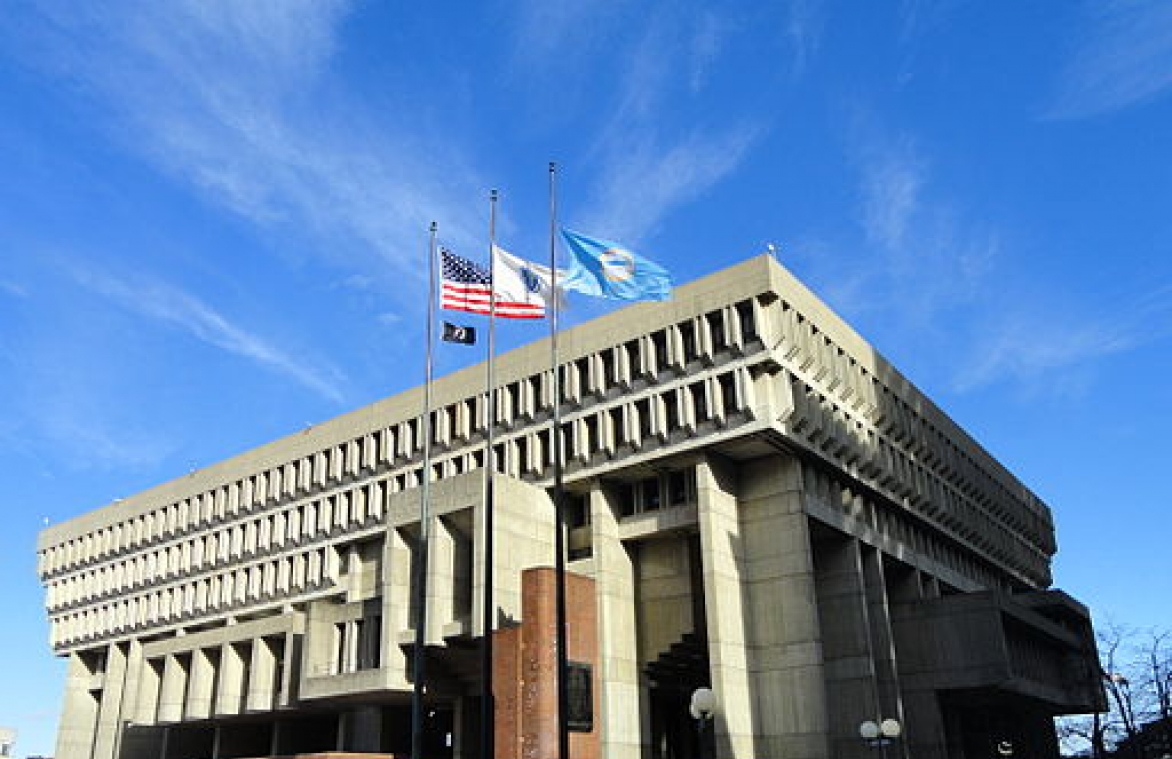 The city of Boston cannot be forced to fly a Christian flag, ruled the 1st Circuit Court of Appeals in a June 27, 2918 decision, relying on the government speech doctrine. A man claimed the city was discriminating on the basis of viewpoint in violation of the First Amendment when it denied his request to fly the Christian flag at an event. (Photo of Boston City Hall, via Wikimedia, public domain.)

Harold Shurtleff directs Camp Constitution, a volunteer association established in 2009 to increase appreciation of the country’s Judeo-Christian moral heritage and appreciation for the U.S. Constitution.  In September 2017, Shurtleff sought a permit to fly a Christian flag on Constitution Day outside city hall in Boston.

The city denied the permit but allowed Shurtleff and Camp Constitution to hold an event there.   Nevertheless, Shurtleff sued, contending that the refusal to issue the permit to fly the Christian flag amounted to discrimination against religious expression in violation of the First Amendment.

After a federal district court refused to issue an injunction against the city, Shurtleff appealed to the 1st U.S. Circuit Court of Appeals.  A three-judge panel of the 1st Circuit affirmed the district court in its June 27, 2019, decision in Shurtleff v. City of Boston.

The first factor – traditional government control – cut in favor of the city, as the panel explained that “the government has long used flags to communicate messages.”   The appeals court noted that the city has flown its city flag on many occasions.

The second factor – whether observers would view the flags as government speech – also cut in favor of the city.  “We have little doubt that the third-party flag’s message would be attributed to the city,” the panel wrote.

Finally, the appeals court also determined that the third factor – whether the government controls the selection of the message – also supported the city.  “The record is clear that the City owns the flagpole at issue and that it controls which third-party flags are raised in place of the city flag,” the panel wrote.

The appeals court panel concluded: “A straightforward assessment under the Summum/Walker factors thus requires us to conclude that the City’s decision about which flags to display on the flagpole at issue is likely government speech.”