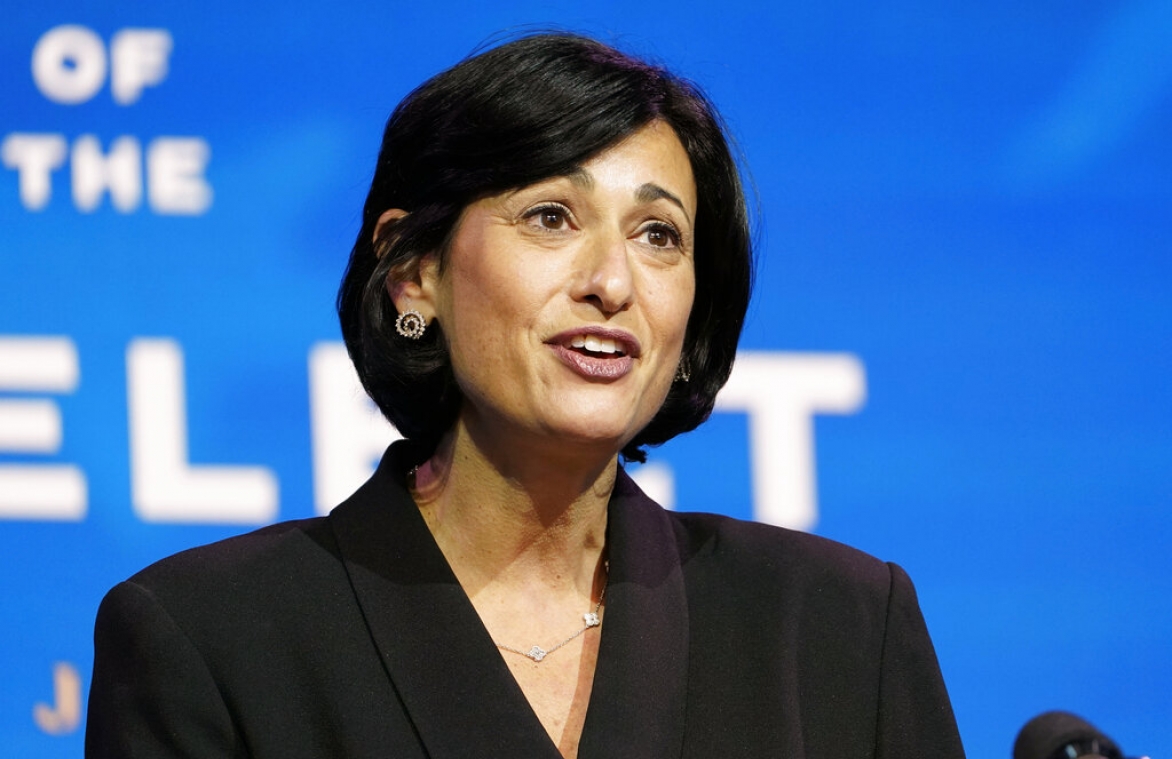 Dr. Rochelle Walensky, director of the Centers for Disease Control and Prevention, speaks during an event on Dec. 8, 2020, in Wilmington, Del. AP Photo/Susan Walsh, file

NEW YORK (AP) — ABC News is under fire for its editing of a "Good Morning America" interview with CDC Director Rochelle Walensky that created uncertainty that's being exploited by vaccine critics.

The interview was seized upon by figures like Donald Trump Jr. and Fox News commentators Tucker Carlson and Laura Ingraham to imply the Biden administration has been lying to the public about the importance of vaccines.

The network remained mum on Jan. 13 about the controversy. However, experts say ABC News has a responsibility to talk to viewers about what happened and why, to prevent misinformation from spreading further.

In the interview on Jan 7, Cecilia Vega asked Walensky about the "encouraging headlines" surrounding a study that showed how well vaccines worked to prevent severe illness. The Centers for Disease Control and Prevention director began by summarizing some of the findings.

But ABC edited out the summary, about 20 seconds of her answer. That made it appear that Walensky began by saying: "The overwhelming numbers of deaths, over 75%, occurred in people who had at least four comorbidities, so really these were people who were unwell to begin with."

Besides making what she was saying unclear, the edit made it easy for people to distribute the exchange to make it appear that Walensky was talking about all COVID-19 patients who had died, not just the vaccinated.

ABC's editing was a mistake, said Carol Marin, a veteran broadcast journalist and director of the Center for Journalism Integrity and Excellence at DePaul University.

In a situation like that, the network should make a quick fix and explain clearly to viewers why it was being done, Marin said Jan. 13.
"It happens," she said. "There are times when we edit so fast that we're not sufficiently mindful of context."

Without a news outlet's taking control of the situation, "people are just going to write the narrative for you," said Kelly McBride, chairwoman of the Craig Newmark Center for Ethics and Leadership at the Poynter Institute, a journalism think tank.

"I get that you can't spend every single minute in a defensive crouch, but people are asking more and more for transparency," McBride said.

Through a spokeswoman, Walensky had no comment on the edit.

Both Carlson and Ingraham aired Walensky's quote on Fox News Channel without the information that she was talking about vaccinated people, as part of segments suggesting government authorities were lying about the importance of vaccines.

Political commentator and Outkick founder Clay Travis wrote on Twitter: "The CDC director just said over 75% of 'covid deaths' occurred in people with at least four comorbidities. Since Biden can't shut down covid, suddenly all this data is getting shared publicly."

Twitter labeled the message as out of context and blocked it from being shared.

Donald Trump Jr. tweeted Walensky's quote, adding "how many people had 2/3 things that would likely kill them or were in late stage terminal cancer?" His tweet was shared more than 1,600 times before being deleted.

It's possible ABC News believes there was nothing wrong with its edit. When asked, the network would not comment on Jan. 13. The network has said nothing on the air about the issue.

On Jan. 10, ABC posted a version of Vega's interview on the "GMA" website that restored the portion that was cut. The only indication there was any difference came in a note at the end of the nearly four-minute clip that said the video had been updated. "A shorter version edited for time was broadcast on Friday, Jan. 7," the note said.

Many television-news producers hate corrections, said Tom Bettag, a longtime ABC "Nightline" producer who now teaches journalism at the University of Maryland. While newspapers generally put a correction inside the paper, when a newscaster has to discuss it, for television that's effectively on the front page.

In this case, it wasn't that ABC News spread misinformation, but that a false picture was allowed to take hold because of their own editing mistake or decision, said Yotam Ophir, a Buffalo University professor who studies misinformation in health and science. Given the way Walensky's statement was used on social media, ABC News has a responsibility to discuss its editing decision, he said.

Without doing so, "they provide fuel to those adhering to conspiracy theories, who found an opportunity in the unfortunate mistake to spread additional misinformation," Ophir said. "Remaining silent here doesn't do good to both ABC and science."

AP writer Angelo Fichera in Philadelphia contributed to this report.