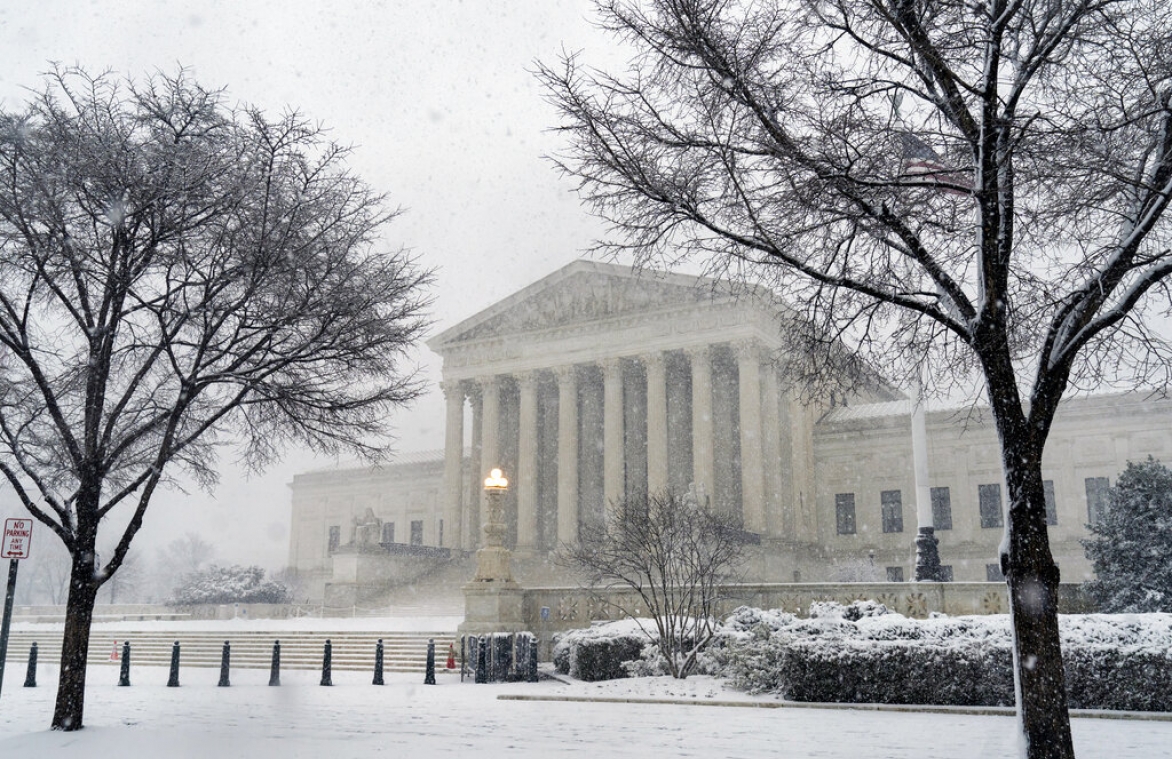 WASHINGTON (AP) — Supreme Court justices seemed to have little doubt Jan. 18 that Boston was wrong to refuse to fly a banner described as a Christian flag outside City Hall.

Arguments at the high court appeared to unite justices on the left and right in favor of Harold Shurtleff, a conservative activist. Shurtleff wanted to fly a white banner with a red cross on a blue background in the upper left corner, called the Christian flag.

There are three flagpoles outside City Hall that fly the U.S., Massachusetts and Boston flags. Occasionally, the city takes down its own pennant and temporarily hoists another flag.

Although Boston had approved 284 straight applications — most involving the flags of other nations — a city official turned away Shurtleff and his Camp Constitution because he said he wanted to fly the Christian flag.

Justice Samuel Alito noted that Chinese and Cuban flags had flown outside City Hall. Douglas Hallward-Driemeier, representing Boston, said those were part of a policy that recognizes the heritage of Boston residents, not an endorsement of those regimes.

Justice Elena Kagan was among several justices who suggested the decision to refuse Shurtleff's request was a simple mistake. "Why is it that people have not been able to correct this mistake?" Kagan asked.

The case hinges on whether the flag-flying is an act of the government, in which case Boston can do whatever it wants, or private parties like Shurtleff.

If the flagpole is more like a designated free-speech or protest area of the kind outside City Hall in Boston and other government buildings around the country, Hallward-Driemeier conceded that turning away some points of view and allowing others amounts to discrimination.

The Biden administration and the American Civil Liberties Union are among a wide array of parties on Shurtleff's side. Boston has indicated it would change its policy if it loses the case to take more control of what flags can fly.

The case has a strange-bedfellows aspect to it in that Shurtleff, a former organizer with the John Birch Society, uses his Camp Constitution website to question the Jan. 6 riot at the U.S. Capitol, the outcome of the 2020 election that put President Joe Biden in office, the efficacy of COVID-19 vaccines and even who was behind the Sept. 11 attacks.

None of that came up during arguments.