Ida B. Wells: newspaper editor who crusaded against lynchings 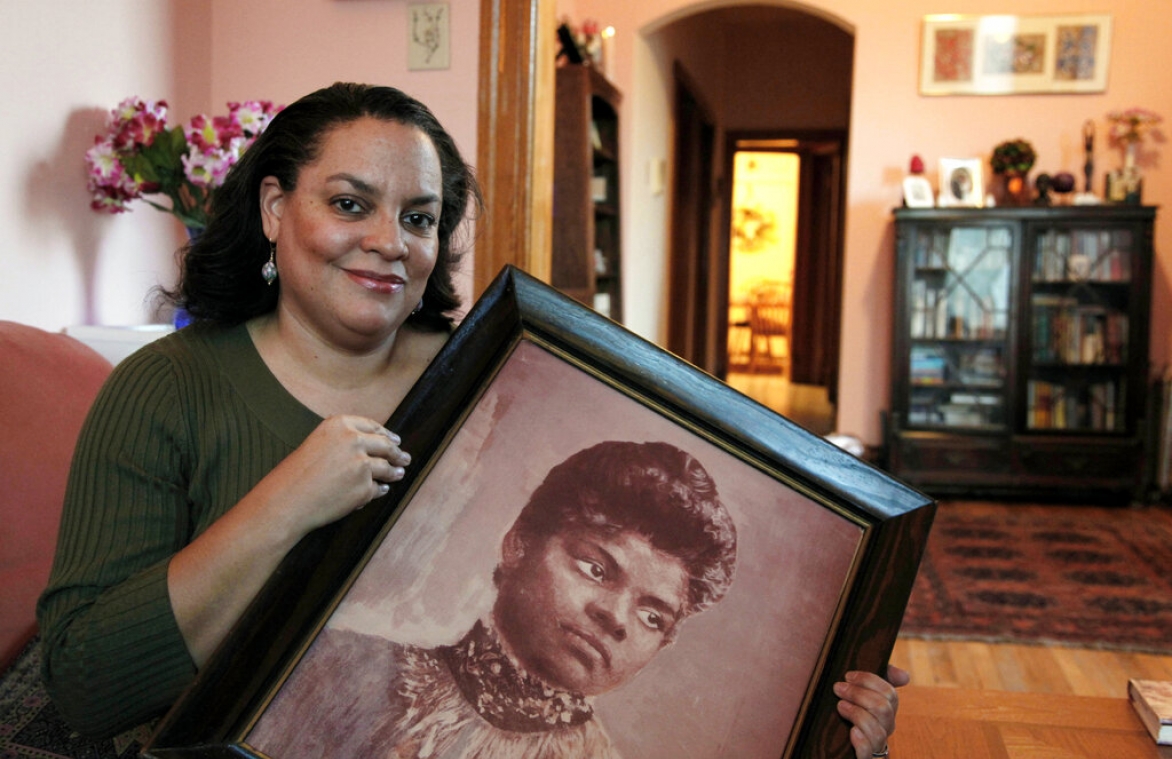 In this Dec. 2, 2011, file photo, Michelle Duster, great-granddaughter of civil rights pioneer Ida B. Wells, who led a crusade against lynching during the early 20th century, holds a portrait of Wells in her home in Chicago's South Side. Wells-Barnett was posthumously awarded a Pulitzer Prize for her reporting on the lynching of African-Americans during the Jim Crow era. AP Photo/Charles Rex Arbogast

During Black History Month, the Free Speech Center salutes African-American newspaper editor Ida B. Wells (1862-1931) for marshaling her First Amendment freedom of the press to crusade against the scourge of lynch-mob killings of black people.

This new profile in the First Amendment Encyclopedia tells some of Wells' story as a fierce and tireless advocate for civil rights as editor of the Memphis Free Speech newspaper.