Perspective
February 16, 2022 by The Associated Press 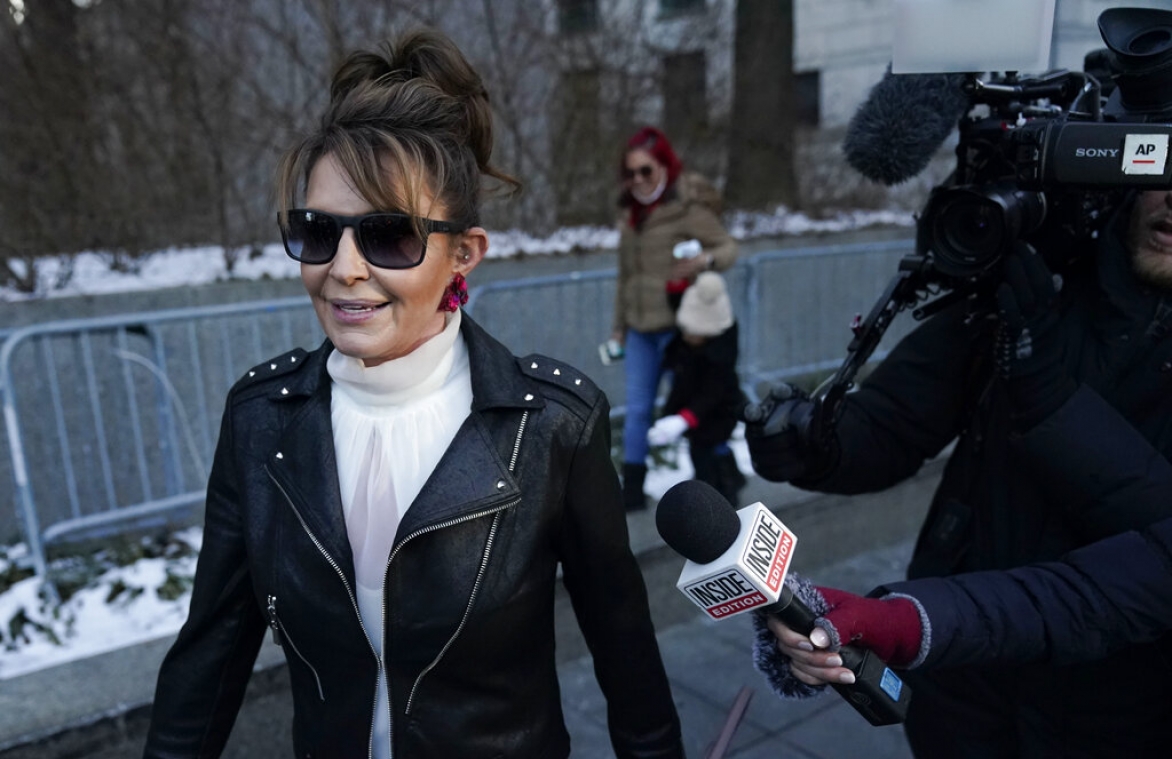 By Bill Kovarik, Radford University, for The Conversation *

To the numerous challenges facing the U.S. news media in recent years, add a libel case against The New York Times — lost by Sarah Palin, but now seemingly headed to appeal and perhaps on to the highest court in the land.

On Feb. 15, 2022, a jury rejected Palin's claim. As it happened, its verdict was more or less moot. The presiding judge had already said he would dismiss the case on the grounds that the former Alaska governor's legal team had failed to reach the bar for proving she had been defamed.

A Times editor admitted a mistake in suggesting in a 2017 opinion piece that there was a link between Palin's rhetoric and a mass shooting. But under the New York Times v. Sullivan standard — a rule in place for nearly 60 years that makes it difficult for public figures to sue successfully for defamation — neither the jury nor the judge considered the error significant enough for Palin to win her case.

But in reaching his decision in the Palin case, the federal judge suggested that it was likely not to be the end of the matter — indeed, an appeal is expected.

And that has defenders of a free press worried. Legal scholars note that recent opinions by Supreme Court Justices Clarence Thomas and Neil Gorsuch favor overturning the Sullivan standard — a move that would take away a key protection for the press against libel suits by vindictive public officials.

As a media historian, I can see the Palin case providing a vehicle to return libel laws back to a time when it was much easier for public figures to sue the press.

What is 'actual malice'?
Before 1964's Sullivan standard, the libel landscape in the U.S. consisted of a patchwork of state laws that made it easy for political figures to selectively persecute newspapers and public speakers who espoused opposing or unpopular views.

For example, in 1949, John Henry McCray, a black editor from South Carolina, served two months on a chain gang after being charged with criminal libel for writing a story about a racially charged execution. White publications reporting the same story were not charged.

Similarly, in a 1955 libel case, Dr. Von Mizell, a black surgeon and NAACP official, was ordered to pay a $15,000 fine for writing in opposition to a Florida state legislator's idea of abolishing public schools instead of integrating them.

Then came the Sullivan case. It centered around several tiny mistakes in a civil rights advertisement carried by The New York Times. L.B. Sullivan, a public official not even named in the advertisement, sued for defamation, and the case went from Alabama to the U.S. Supreme Court.

In setting the Sullivan standard in 1964, the Supreme Court said in effect that it ought to be difficult for any official at the federal or the state level to prove that a falsehood was libelous enough — and personally damaging enough — to surmount First Amendment protections.

The Court said a public official could not win a libel lawsuit by citing minor mistakes, technical inaccuracies or even outright negligence. Instead, under the Sullivan standard, a public official had to prove that there was "actual malice," which means that a critic knowingly published something false or was in reckless disregard of the truth.

The Court insisted that "debate on public issues should be uninhibited, robust and wide-open, and that it may well include vehement, caustic and sometimes unpleasantly sharp attacks on public officials."

'No relation to the Constitution'
Originalists on the current Supreme Court — that is, those justices who believe that the Constitution should be interpreted as it was by those crafting the original document — seemingly disagree.

Justice Thomas, in a 2019 opinion, suggested the New York Times v. Sullivan ruling failed to take into account "the Constitution's original meaning." He followed this up in a 2021 opinion that stated the requirement on public figures to establish actual malice bears "no relation to the text, history, or structure of the Constitution."

Nonetheless, should Palin appeal the latest ruling, it is likely that the case could reach a Supreme Court in which at least two justices seem primed to challenge the decades-old Sullivan rule.

Should their views prevail in the highest court of the land, it could chill the freedom of the press for conservative and liberal news organizations alike.

* The Conversation is an independent, nonprofit source of news, analysis and commentary from academic experts.