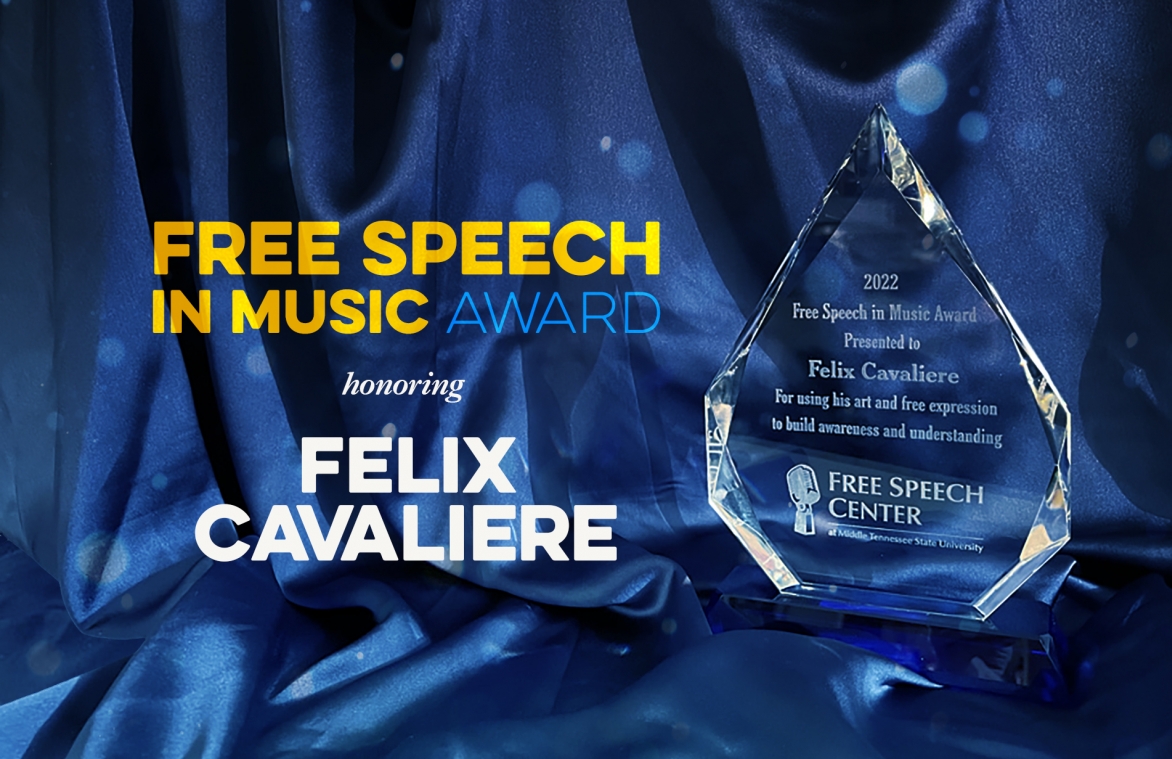 Felix Cavaliere, legendary singer-songwriter and founding member of the Rascals, accepted the Free Speech in Music Award during a Feb. 23 event at MTSU’s Tucker Theater. The event included an interview and performance celebrating Cavaliere’s contribution to free speech.

“The people are listening,” Cavaliere said, “so what are we going to say? How about if we say something that means something?”

For over half a century, Cavaliere has used his music to support important social causes, from civil rights to military veterans to mental health awareness. The Rascals refused to play on racially segregated tours and always ensured that at least half of the musicians who performed with them were black. Cavaliere’s work has helped countless movements to progress, and his music shows the power of music as free speech.

This commitment to free speech shines in the Rascals’ No. 1 hit from 1968, “People Got to Be Free,” an anthem for freedom and equality in a year of upheaval and tragedy. The Rascals also released three other No. 1 hits, 10 top-20 singles and six top-20 albums. They were inducted into the Rock and Roll Hall of Fame in 1997 and the Hit Parade Hall of Fame in 2010. Cavaliere has also been inducted into the Musicians Hall of Fame, Songwriters Hall of Fame and Hammond Organ Hall of Fame. It goes without saying that his talents are expansive, and he uses them to make a change today just as he did in the 1960s.

“We were the producers, and we had a lot to say,” Cavaliere said during a conversation with Free Speech Center Director Ken Paulson during the award event.

The Rascals were the first white band to work with Atlantic Records, which meant that most of the artists Cavaliere was surrounded by and collaborated with in the 1960s were black. He wanted his music to stand for something, and Atlantic Records gave its artists the freedom to do just that. The assassinations of Martin Luther King Jr. and Robert F. Kennedy in particular propelled Cavaliere to use his platform for change.

The Free Speech in Music Award is presented by the Free Speech Center at Middle Tennessee State University in partnership with MTSU’s Center for Popular Music and College of Media and Entertainment. It recognizes artists who use their skill and renown to address important social issues and who practice their freedom of speech through music.

Cavaliere’s autobiography, Memoir of a Rascal: From Pelham, N.Y., to the Rock & Roll Hall of Fame, will be published on March 22. It’s available for pre-order on Cavaliere’s website.