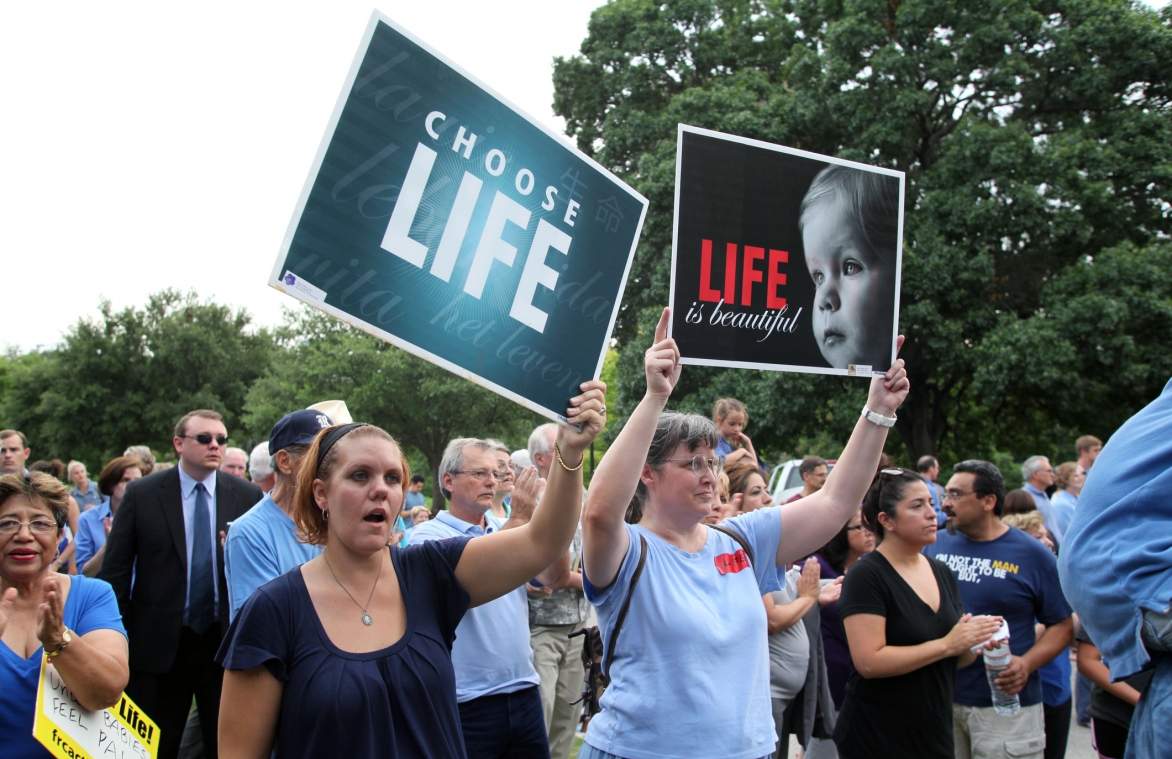 In 2019 and 2020, Brian Aish protested at the Blair Health Center, a place where Planned Parenthood provided services in Blair, Wis.  Nancy Kindschy worked there as a nurse practitioner. During his protests, Aish allegedly told Kindschy things such as, “You’re lucky if you make it home safe” and “Bad things happening to you and your family.” He urged her to quit her job.

A state court granted Kindschy an injunction under the law, which prohibited Aish from harassing Kindschy and required him to avoid Kindschy’s residence and any other place where she was, including the Blair Health Center, until September 2024.

The Wisconsin Court of Appeals affirmed the lower court in its March 8, 2022, decision in Kindschy v. Aish. The appeals court noted that “the right to protest against abortion is not unfettered.” It cited the U.S. Supreme Court’s upholding of a floating buffer zone outside abortion clinics in Hill v. Colorado (2000) and a lower-court decision that upheld the Freedom of Access to Clinics Entrances Act (FACE).

Aish argued that his anti-abortion speech was expression on a matter of public concern. But the Wisconsin appeals court focused on the private nature of the conduct directed towards Kindschy.

“Aish was attempting to convince a private citizen to end her employment with a private organization, by making comments that instilled fear and trepidation,” the appeals court wrote. “Aish's efforts were almost entirely personal—and not public—in nature.

Aish also argued that the specific injunction levied against him was too broad and not narrowly tailored. The appeals court disagreed, pointing out that Aish could still protest at Planned Parenthood clinics, just not at any such place when Kindschy was working there.

The appeals court concluded: “In sum, the circuit court’s order enjoining Aish from unlawfully harassing Kindschy at the Blair Clinic did not violate Aish’s First Amendment rights. The court correctly determined that the First Amendment does not uphold a right to threaten or scare people in order to sway their religious beliefs or induce them to quit their jobs.”