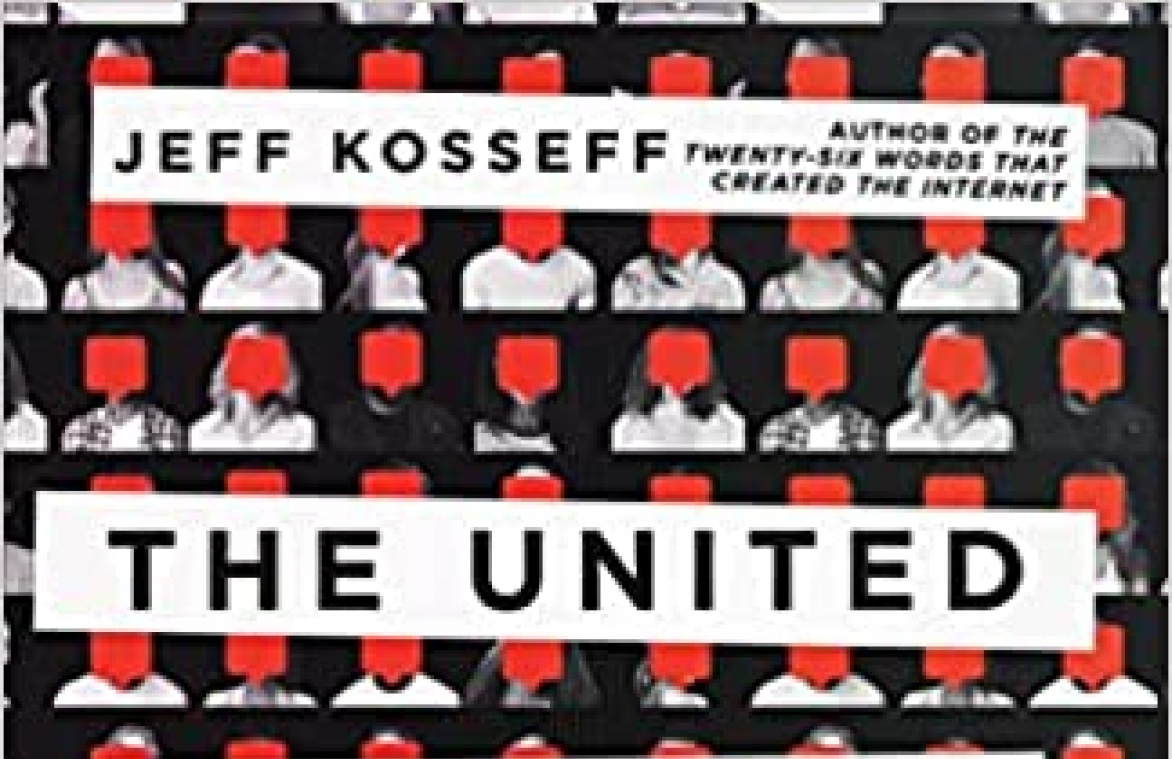 Jeff Kosseff explores the legal and technical issues of legal controversies over the anonymity of speech on the internet in "The United States of Anonymous: How the First Amendment Shaped Online Speech."

The invention of moveable type is often credited with revolutionizing communication. Advances in cyberspace appear to be working similar transformations. Just as books and pamphlets can spread truth and falsehood and can enlighten or slander, so too can communications via the internet.

In “The United States of Anonymous: How the First Amendment Shaped Online,“ Jeff Kosseff, a former journalist, a lawyer, and an associate professor in the Cyber Science Department of the U.S. Naval Academy, discusses such developments with a particular view toward anonymous and pseudo-anonymous (publications under a pen name) speech. This is familiar territory for Kosseff who in 2019 published “The Twenty-Six Words That Created the Internet,” examining how Section 230 of the Communication Decency Act shields online services from lawsuits based on user content.

The great strength of Kosseff’s latest volume is that he knows both the legal and technical issues surrounding modern technology and is able to situate modern controversies over anonymity in cyberspace with earlier controversies over anonymity in print media. In addition to having a clear understanding of Supreme Court precedents such as New York ex rel. Bryant v. Zimmerman (1928), NAACP v. Alabama (1958) and Talley v. California (1960), which deal respectively with anti-masking legislation, disclosure of membership lists, and the distribution of anonymous flyers, Kosseff has deep knowledge of their cyberspace counterparts based on personal acquaintance and interviews with key participants.

Kosseff demonstrates that anonymous and pseudo-anonymous speech has long been an important part of American discourse, beginning with letters written in London in 1769 under the name of “Junius” (a pseudonym that has yet to be definitely identified), to John Dickinson’s Letters From a Federal Farmer, Thomas Paine’s Common Sense, and the publication of The Federalist (Alexander Hamilton, James Madison, and John Jay) under the name of Publius.

Internet platforms vary whether they permit anonymous posts and in how much anonymity they are willing to offer, but in criminal cases the government sometimes asks for such disclosures as do plaintiffs in civil cases.

Anonymity rights are not absolute on internet

Before the internet, the Supreme Court identified a limited, albeit not absolute, right to anonymity. In most cases that have involved internet anonymity, judges have taken a similar stance. The two most important cases are Dentrite International, Inc. v. Doe No. 3, 775 A.2d 756 (N.J. App. Div. 2001) and Cahill v. Doe, 879 A.2d 943 (Del. Super. Ct., June 14, 2005). Both consist of detailed sets of standards that require relatively strong First Amendment presumptions on behalf of purveyors of anonymous speech, especially for those that are statements of opinions rather than obvious falsehoods, while recognizing that government sometimes has the right to identify such speakers when they have used their platforms to harass, engage in slander or sexual predation, make true threats, or allow foreign governments to influence U.S. elections.

Kosseff is less pleased with decisions related to copyright protection. He believes that precedents may provide inadequate guarantees for identifying individuals who have illegally downloaded copyrighted information. He also fears that requests for data (for example, concerning those who might have pirated pornographic movies) raise the specter of social stigma to an extent as to amount to extortion. Kosseff also is concerned about the wide scope and potential abuse of facial recognition technology and of geolocation information, which is not as strongly protected as internet anonymity.

Kosseff compares laws regulating the internet in the United States with those in other countries. As might be expected, authoritarian governments attempt to stifle anonymous internet speech, which is often one of the few safe outlets for dissidents. Kosseff notes that although the U.S. offers greater First Amendment protections to anonymous speech, other democratic nations offer greater privacy protections. While highly valuing the former, he thinks the U.S. should also consider beefing up the latter.

Because Kosseff is familiar both with the way that anonymous speech can enhance public discourse, particularly among dissidents and individuals with low social standing, and the manner in which it can be used to stalk, harass, spread falsehoods, slander and promote conspiracy theories, he does not take an absolute position in favor of internet anonymity. He does, however, conclude that “the benefits of America’s strong anonymity protections far outweigh the harms."

Dr. John R. Vile is a professor of political science and dean of the University Honors College at Middle Tennessee State University. His is the author of Essential Supreme Court Decisions: Summaries of Leading Cases in U.S. Constitutional Law, which is currently in its 17th edition.