Judge weighs cameras in next trial over George Floyd's death 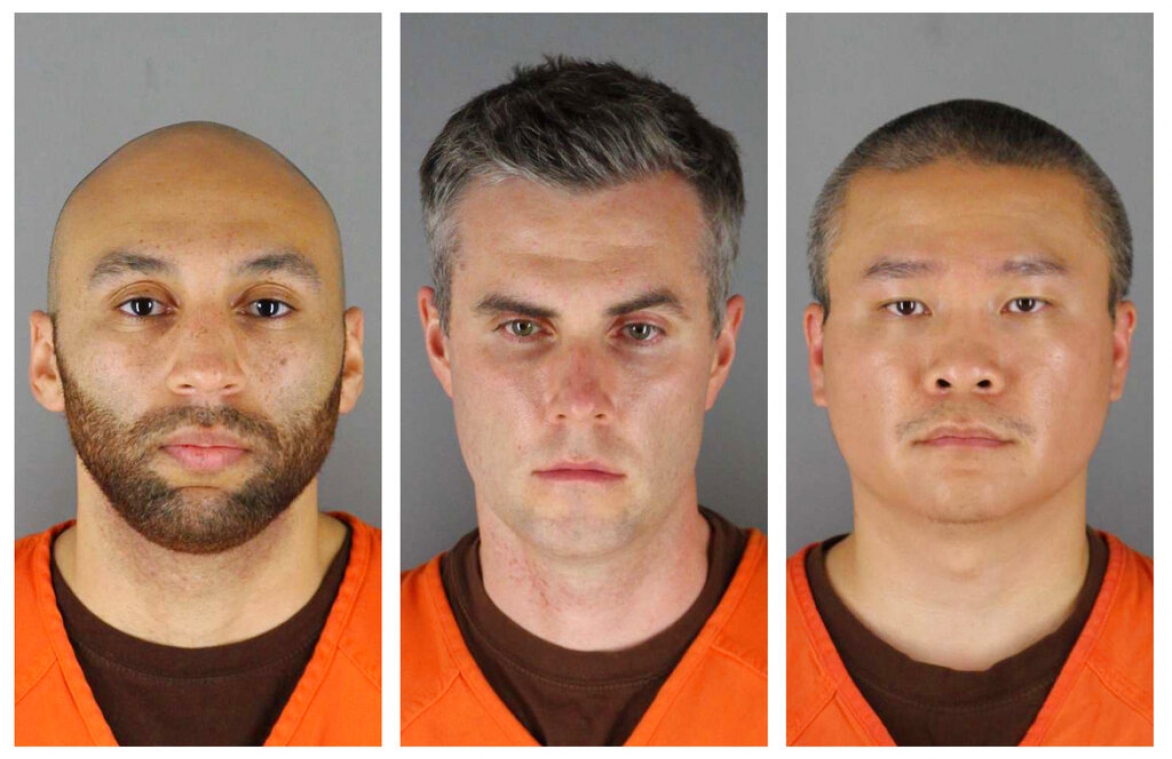 MINNEAPOLIS (AP) — A Minnesota judge will hear arguments today, April 11, on whether to allow live video coverage of the upcoming trial of three former Minneapolis police officers charged with aiding and abetting the murder of George Floyd.

Hennepin County Judge Peter Cahill took the rare step of allowing live audiovisual coverage of ex-Officer Derek Chauvin's murder trial last year, making an exception to the normal rules of Minnesota courts. He cited the need to balance protecting participants from COVID-19 against the constitutional requirement for a public trial.

Now that the U.S. has entered a new phase of living with the coronavirus, Cahill must decide whether to allow the same sort of access for the trial set to begin in June for former Officers Tou Thao, Thomas Lane and J. Alexander Kueng.

A coalition of media organizations, including The Associated Press, that wants Cahill to allow video coverage said in a brief filed April 8 that it understood the judge planned to prohibit it. The coalition said it presumed the reasons included defense objections and the judge's belief that his hands are tied by the normal court rules "absent the extenuating circumstances caused by the pandemic."

Thao, Lane and Kueng are charged with aiding and abetting both manslaughter and murder when Chauvin used his knee to pin Floyd, a black man, to the pavement for 9 1/2 minutes on May 25, 2020. Kueng knelt on Floyd's back, Lane held his legs and Thao kept bystanders back. The killing, which was recorded on video, sparked protests around the world and a national reckoning on race.

Defense attorneys have raised concerns about the willingness of witnesses to testify. Minnesota court rules generally require the consent of all parties for audiovisual coverage of trials, with fewer restrictions for sentencings. Chauvin's trial was the first in Minnesota to be entirely televised, from jury selection to his murder conviction to his sentencing to 22 1/2 years in prison. People worldwide tuned into the livestreams.

"I think livestreaming that trial enabled people here and around the world to see the inner workings of a system that was handling one of the most important trials of our time," said Suki Dardarian, senior managing editor and vice president of the Star Tribune of Minneapolis, which is part of the media coalition.

Minnesota Attorney General Keith Ellison's office initially opposed having cameras in the court for Chauvin's trial, but now supports them for the other officers' upcoming trial.

"The Chauvin trial demonstrated the benefits of robust public access to this important case and proved that the Court could successfully navigate the concerns animating the State's initial opposition to audio and video coverage," prosecutors wrote last week. "The Court's commendable transparency inspired public confidence in the proceedings and helped ensure calm in Minneapolis and across the country."

Due to federal court rules, live video coverage was not allowed for the first trial of Thao, Lane and Kueng this year, when all three were convicted of violating Floyd's civil rights. Nor was it allowed for Chauvin's federal case in which he pleaded guilty to civil rights violations. But it was allowed in the December state court trial of former Brooklyn Center Officer Kim Potter in the death of Daunte Wright.

"None of the bad things that critics feared transpired, and we had the huge benefit of giving the public at large an opportunity to observe the proceedings," said Jane Kirtley, director of the Silha Center for the Study of Media Ethics and Law at the University of Minnesota, another coalition member.

An advisory committee to the Minnesota Supreme Court is considering whether to allow more video coverage of criminal proceedings. It's due to release its report by July 1.

Cahill, in a letter to the committee, said he had opposed cameras in criminal cases before, but that his experience in Chauvin's case changed his opinion, and he now believes they should be presumptively allowed, subject to the trial judge's discretion.

Hennepin County Judge Regina Chu, who presided over Potter's trial, told the Star Tribune in an interview that both the Potter and Chauvin trials convinced her that cameras can be present without being disruptive.

"I forgot they were even there," Chu told the newspaper.