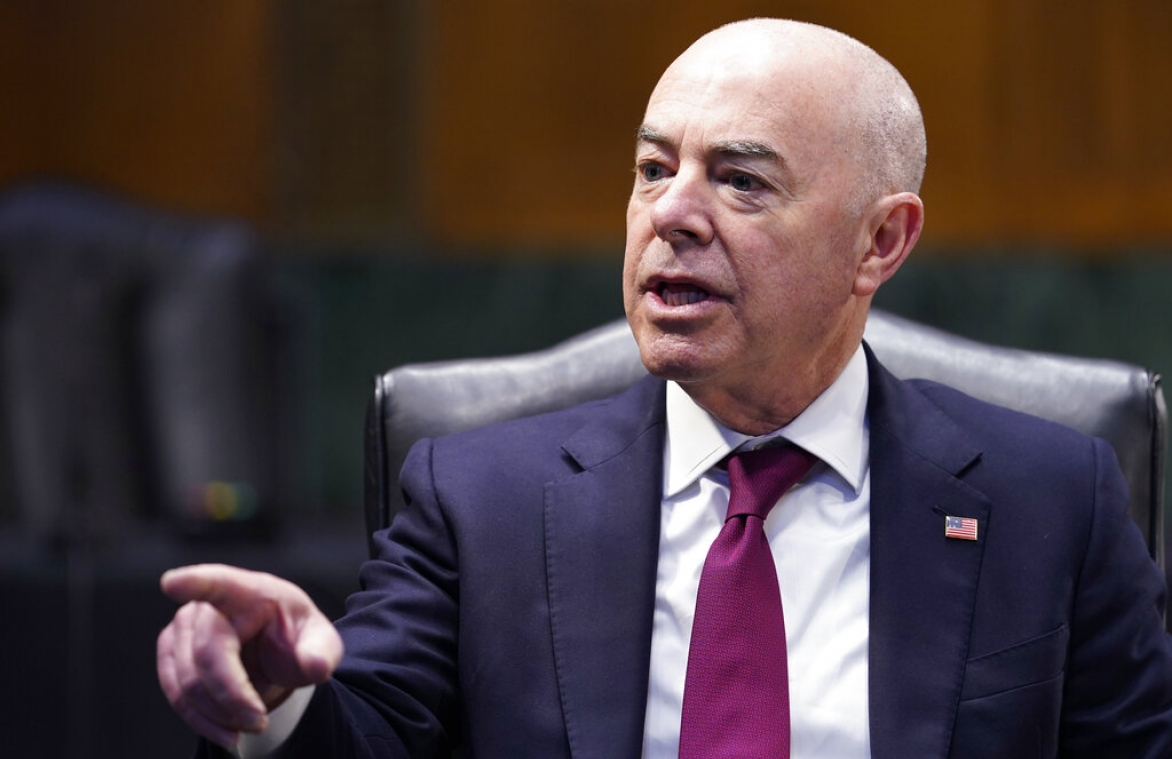 WASHINGTON (AP) — There is little credible information about the new Disinformation Governance Board.
And that has made it an instant target for criticism.

The board, part of the Department of Homeland Security, was announced last week. But DHS has released few details on how the board will function and what powers it will have.

DHS Secretary Alejandro Mayorkas was attacked again May 4 by Republican members of Congress who have already called for the board to be disbanded. Some civil liberties advocates also worry the group could violate freedom of speech.

With disinformation campaigns working to shape opinions on everything from the war in Ukraine to the presidential election in the United States, the rocky start for the board may undermine its effectiveness and hurt the efforts to stanch the harm that false narratives can cause.

"It is just an episodic failure," said Brian Murphy, a former director of DHS' intelligence arm, of the board's launch. "And it has set the true disinformation professionals, wherever they live, back."

"It is going to establish what should have been established years ago: standards, definitions, guidelines and policies," he said.

The board's bungled rollout could also hurt existing efforts to identify and stop foreign disinformation campaigns, which have been labeled a national-security threat by both Republican and Democratic administrations.

Russia, China and other adversaries have used social media to push messages at U.S. audiences that stoke division and spread conspiracy theories or falsehoods. In recent months, Russia has waged an aggressive disinformation campaign across platforms to claim images and reports of dead bodies and attacks in Ukraine are fake.

The top Republicans on two key congressional panels wrote to the department on April 29 demanding more information. Even privately, congressional staffers say they know little about the board or how it's being funded beyond the spare public announcements made by the department's leaders.

"Given the complete lack of information about this new initiative and the potential serious consequences of a government entity identifying and responding to 'disinformation,' we have serious concerns about the activities of this new Board," wrote Reps. Mike Turner of Ohio and John Katko of New York, the top Republicans on the House Intelligence and Homeland Security committees.

DHS that same day held a call with congressional staffers and the board's new director, Nina Jankowicz, an author and expert on Russian disinformation.

According to one person on the call, Jankowicz said there was a broad vision for what the board would do but did not offer specifics to some questions, including how her organization would work with existing anti-disinformation efforts with DHS. The department also has not provided Congress with detailed written plans beyond a summary it sent to Capitol Hill on April 27, the same day the department publicly announced the creation of the board.

The person was not authorized to speak publicly and spoke on condition of anonymity.

Ninety-five percent of Americans identified misinformation last year as a problem when they're trying to access important information, according to a poll conducted by the Pearson Institute and The Associated Press-NORC Center for Public Affairs Research.

But the difference between opinion and disinformation is often contested — and many argue the government shouldn't be responsible for drawing the line.

The board's creation spurred outrage across social media, with dozens of conservative pundits and Republican politicians dubbing it the "Ministry of Truth," a reference to the government agency responsible for creating propaganda in George Orwell's novel 1984. The term "Ministry of Truth" trended on Twitter for hours.

Thousands of posts focused on Jankowicz, including past social media posts that criticized Republicans and questioned the veracity of stories about Hunter Biden, the president's son. Other posts used anti-Semitic language to attack Jankowicz, who is not Jewish, and Mayorkas, who was born to Jewish parents.

While the board was set up in part to combat Russian disinformation, it instead fueled conspiracy theories and more stories in Russian state media. One Kremlin-backed piece carried the headline: "Biden's 'Ministry of Truth' is another propaganda tool."

Sen. Mitt Romney of Utah echoed that point to Mayorkas directly on May 4, calling the board a "terrible idea" that "communicates to the world that we're going to be spreading propaganda in our own country."

Homeland Security initially said the board would have the two-part mission of countering Russian disinformation activities and false narratives smugglers use to induce people in Latin America to try to reach the U.S.-Mexico border.

"For anyone who's out there who may be concerned about the increase in migrants to the border, this is the kind of apparatus that's working to address disinformation," White House Press Secretary Jen Psaki said during a briefing on May 2.

The department also announced on May 2 that it would provide quarterly reports to Congress.

Trying to tamp down concerns about "thought police," Mayorkas said in a television interview to CNN on May 1 that "we in the Department of Homeland Security don't monitor American citizens."

In fact, DHS does. The sprawling department, created in response to the security failures leading up to the Sept. 11, 2001, attacks, has broad authorities to track and collect data on American citizens. It has repeatedly been accused of misusing those powers. In a bulletin earlier this year, DHS said it was using social media to identify potential conspiracy theories that might inspire domestic violence or terrorism. In a statement on May 2, the agency also released examples of how it has responded to misinformation in the past, including during Hurricane Sandy in 2012 when falsehoods spread about drinking water and shelter locations.

DHS won't have the ability to remove posts or accounts that it deems are spreading disinformation. That power still rests with the tech companies themselves, said Katie Harbath, a former public policy director for Facebook who is now the International Republican Institute's technology and democracy director.

The new disinformation board could help the platforms spot some information operations they might be missing, she said.

"DHS is going to have to do what they normally do," Harbath said. "If there's a post they think should be taken down or fact-checked, they can report that to the platforms, but the platforms are going to make their own call."