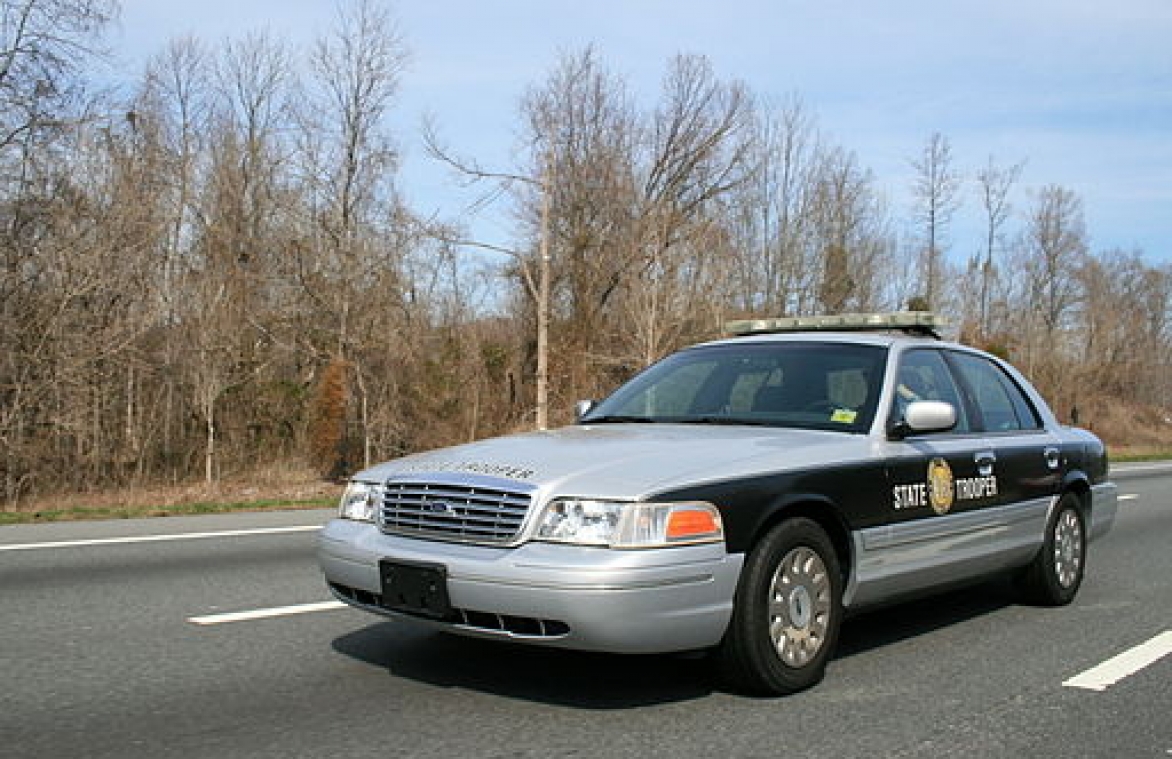 A North Carolina appeals court in August 2019 rejected the First Amendment claim of an SUV passenger who flipped off a state trooper. The middle finger gesture was enough to alert the officer of impending breach of peace, the Court said. (Photo, CC-by-1.0, via wikimedia)

The trooper was assisting a stalled motorist on a U.S. highway in Albemarle County, when he noticed a passenger with his arm outstretched from the window of an SUV.  The person was waving his hand up and down and flipping the bird.

The officer then cited him for obstructing a police officer during a stop.  Ellis filed a motion to suppress, contending that the traffic stop was invalid because it was predicated upon Ellis’ protected expressive conduct of flipping the bird.   A trial judge orally denied the motion and Ellis then plead guilty but reserved the right to appeal.

On appeal, the Court of Appeals of North Carolina affirmed the trial judge in its ruling on Aug. 6, 2019 and ruled against Ellis. The appeals court recognized that other courts had held that the act of flipping off an officer is protected expression.  However, the appeals court determined that “the issue is whether the trooper had reasonable suspicion that criminal activity was afoot.”

The appeals court reasoned: “[Ellis’] actions, both his waving and middle finger taken together, aimed at an unknown target could alert an objective officer to an impending breach of the peace.”

The appeals court then reasoned that, because the initial stop was valid, the trooper was justified in detaining Ellis based on his refusal to provide identification.

Judge Arrowood dissented, reasoning that there was no objective justification for the trooper to pull the vehicle over in the first place.   “There is also no testimony or indication that anyone other than the trooper, the person to whom the obscene gesture was directed, saw it,” he wrote.

This is an interesting ruling that conflicts with decisions from several other courts.   Several court decisions have established that officers cannot pull an individual over simply for flipping them the bird.

It will be interesting to see what happens if Ellis appeals the case to the North Carolina Supreme Court.