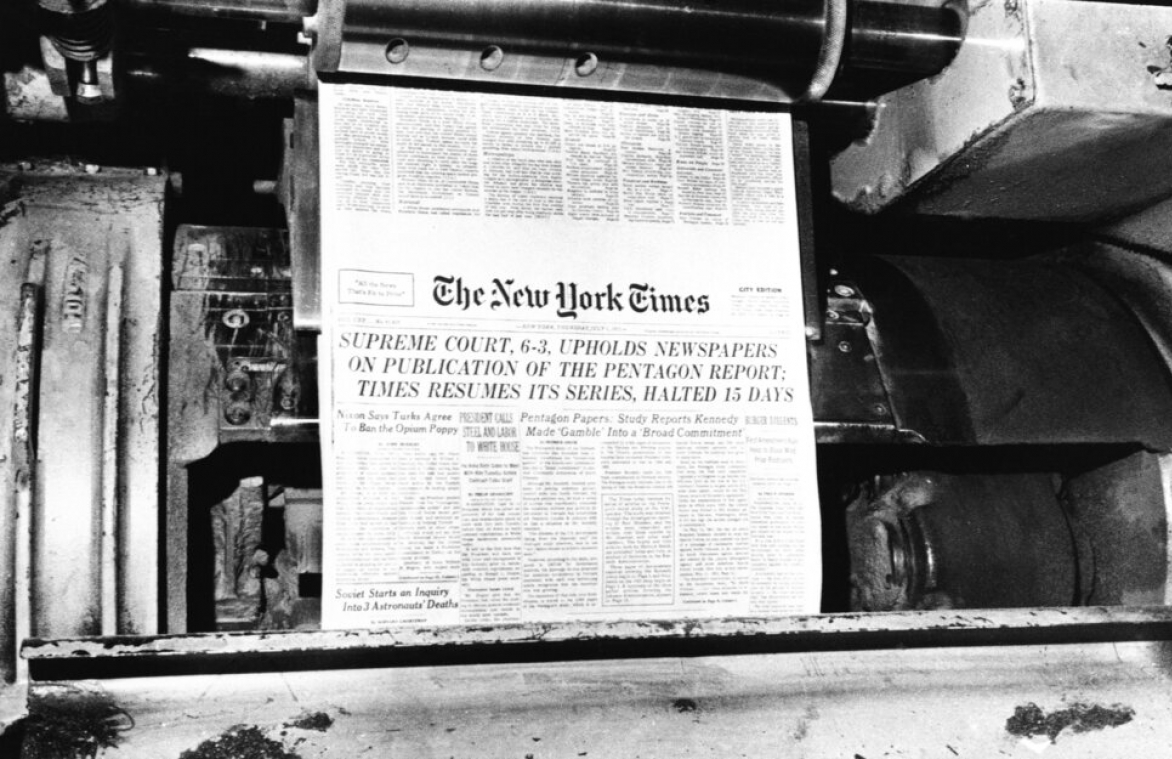 The New York Times resumed publication of its series of articles based on the secret Pentagon Papers in its July 1, 1971 edition, after it was given the green light by the U.S. Supreme Court. AP Photo/Jim Wells

Documents newly obtained by the Knight First Amendment institute show that some members of the Richard Nixon administration favored aggressive retaliation against The New York Times and Washington Post for publishing the Pentagon Papers in 1971.

The documents, obtained through litigation with the government, reveals just how far some members of the Nixon administration were willing to go to punish the newspapers, and their journalists, and to put a chill on further attempts to publish information that the government might see as a threat to national security.

History of U.S. Decision-Making in Vietnam, 1945–68, which chronicled U.S. planning and steps in the war in Vietnam, was intended to document the war for in-house archival purposes. It was authorized in 1967 by Defense Secretary Robert McNamara and was never intended to be shared with the public.

Daniel Ellsberg, a scholar who had been working on the classified report, believed it was important for the public to see the sequence of events that had led to one of the most unpopular wars in American history. It also showed that the government had actively misled the public about the state of the war, escalating our military involvement and downplaying our losses.

Ellsberg leaked the report to The New York Times, which published its contents in defiance of the government. When the Times was enjoined from publishing, The Washington Post stepped in and began disclosing the report’s content.

Despite the Nixon administration’s adamant stance, the report didn’t reflect negatively on the president. Instead, his Democratic predecessor Lyndon Johnson was revealed to be duplicitous.

Nonetheless, the Nixon administration explored steps it could take to hide the report from public view.

One document obtained by the Knight First Amendment Institute and reported on by Reuters shows that Frederick Lambert of the Office of Legal Counsel argued that the government’s designation of a document as being key to national security concerns should be given great deference by the judiciary. Lambert maintained that “the judges should be exceedingly hesitant to substitute [the judiciary's] judgment for that of the executive branch.”

A second memo obtained by the institute shows that the Office of Legal Counsel explored whether the newspapers and their reporters could be charged with unlawful possession and distribution of national-defense materials.

In the end, more moderate views in the Nixon administration prevailed and the journalists were not targeted with criminal prosecution.

On June 30, 1971, the U.S. Supreme Court ruled that the government had not overcome “a heavy presumption” against prior restraint and that the newspapers could publish the report.