Religious liberty has a long, messy history – and there's a reason Americans feel strongly about it

Perspective
July 20, 2022 by The Conversation 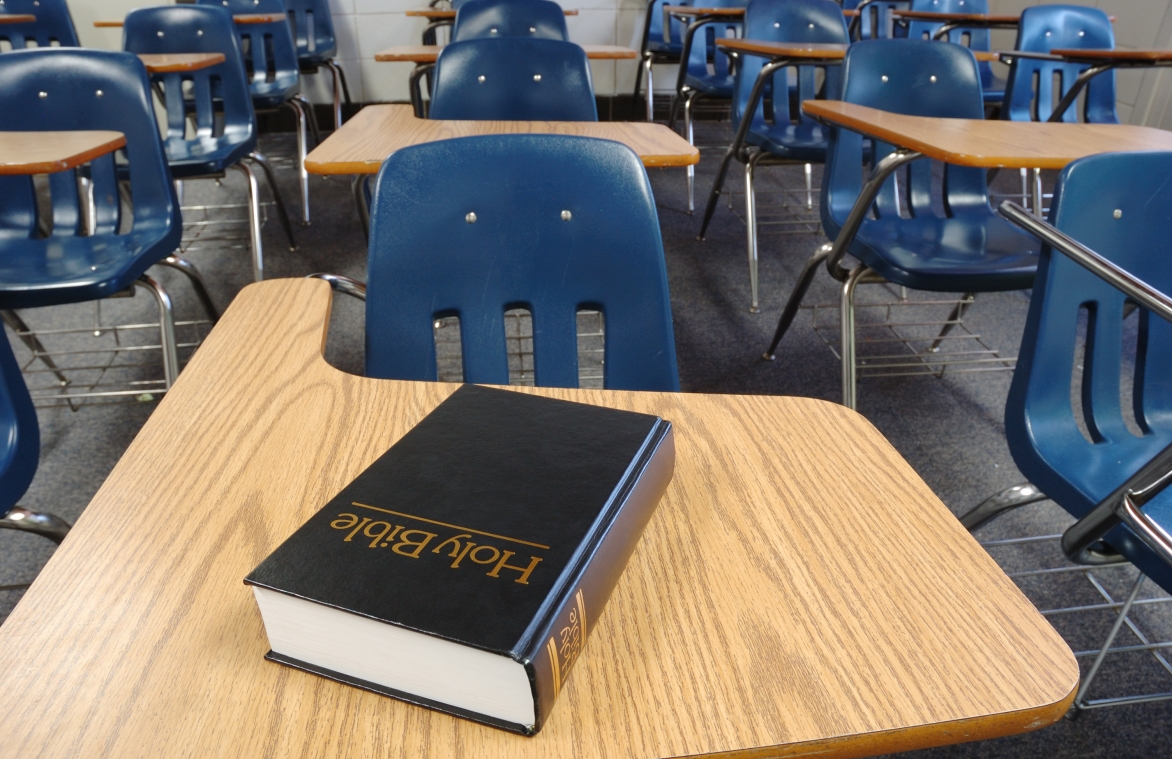 At the close of its recent term the Supreme Court ruled on the cases of Carson v. Makin and Kennedy v. Bremerton School District, rekindling controversy over one of the most enduring issues in American history: religious liberty. Another of this term's blockbuster decisions, Dobbs v. Jackson Women's Health Organization, underlines the fact that religious beliefs and actions in the public realm matter. Whether the issue concerns religion and education, prayer or reproduction, Americans feel strongly about their religious liberties.

The Carson case came from Maine, where areas with too few students to justify a public high school used public money to pay private schools to educate their students. Under its policy, Maine allowed only nonsectarian private schools or nearby public school districts to receive the funds. Parents who wished to send their students to religious schools argued that the policy discriminated based on religion. The Court's majority agreed, ruling that denying state support to students attending religious schools because their schools were religious violated the First Amendment's protections on religious freedom.

In the Kennedy case, the court chipped away at decades of rulings that deemed school employees leading prayer an unlawful establishment of religion because it entangled church and state in the act. In the court's revised view, coach Joseph Kennedy possessed a First Amendment right to pray privately after football games on the 50-yard line, permissible even if students joined him in praying.

Religious liberty is one of the earliest civic values associated with the United States, yet defining and defending it has proved a centurieslong process. Both sides of the courts' divided opinions claimed to be speaking for religious liberty. This is possible because religious liberty under the Constitution contains both a right to freely exercise religion and a right not to be coerced via the state into accepting someone else's religious practices.

As historians of American religious history and authors of a recent book, The Story of Religion in America, we know that both sides of religious liberty – freedom to exercise one's own religion and freedom from being forced to support other people's religions – have a long and important past.

The founders on religious freedom

The Constitution's First Amendment, adopted in 1791, defended the free exercise of religion and prohibited the founding of a national church. The leading founders on religious liberty and church-state issues were two Virginians, Thomas Jefferson and James Madison.

The problem with religious beliefs, Madison believed, was that most often people could not agree on them. Governments, he argued, therefore had no business supporting religion.

Religion could unite people, but most often it did the opposite, dividing people into opposing sides, each believing their side was sacred. In Madison's view, therefore, religious differences made it harder to run a government for the common good.

Over 150 years before religious liberty entered the Constitution, however, it lived in the mind and conduct of Roger Williams, a Puritan educated at the University of Cambridge, who challenged Puritan views on religious liberty and the relationship between church and state.

No sooner had Williams landed in New England than he began challenging Puritan authorities, saying that civil courts should not enforce religious belief and that the right to worship (or not) according to one's own conscience was fundamental. He noted that the American Indians, to whom his fellow Christians considered themselves superior, were often better people than the English.

These beliefs terrified and infuriated Puritan leaders, who promptly banished radical Roger from the Massachusetts Bay Colony. He later resurfaced in what became the colony of Rhode Island, where he helped to start a new settlement called Providence, which, unlike Puritan-controlled Massachusetts Bay, would allow religious liberty for all who lived there.

Although the Puritans thought Williams' ideas were dangerous, Williams believed the greatest danger was in government trying to legislate religion. He only had to point to the fact that more blood had been shed over religion than just about any other issue, with Protestants fighting Catholics, Christians fighting Muslims, and European empires trying to forcibly convert Indigenous Americans in so-called "missions."

The slow path to religious liberty for all

Yet state-sponsored religion died hard. Massachusetts was the last state to abandon the establishment of a church, in 1833. Even after all the states had abandoned their tax-supported "official" denominations, states continued to police religious and moral conduct.

Moreover, the states themselves often forced Christianity, and particularly Protestantism, onto the public in school and public policy. This continued until the First Amendment's prohibitions on government religion was extended to the states via the 14th Amendment. Two Supreme Court cases involving Jehovah's Witnesses' refusing to salute the flag – Minersville School District v. Gobitis (1940) and West Virginia v. Barnette (1943) – were important in this. In other words, the right to religious liberty, in the sense of being allowed to refrain from an activity because of one's religious convictions, is less than a long lifetime old.

Up through the Vietnam War, if a man applied to be a conscientious objector, draft boards examined whether he came from a denomination that objected to all participation in war – Mennonites or Quakers, for example. Objection to a particular war, or assertion of one's own sincerely held beliefs, almost never got one off the hook for draft induction.

This orientation changed beginning with the Supreme Court's recognition of individual conscience in two cases: Welsh v. United States (1970) and Gillette v. United States (1971). The rulings came too late to keep Muhammad Ali from going to jail when he resisted the draft in 1967. But they relocated the locus of conscience to individuals, provided their objections were sincerely held.

In subsequent decades American religious life has itself become more centered on individuals and less on the teachings of religious traditions. Courts have likewise focused more on particular people's definitions of their own sincerely held beliefs. These shifts are both very American – as illustrated in the example of Roger Williams – and susceptible to greater social division because citizens' and groups' beliefs may take them in opposite directions.

Religious liberty in America is perpetually a work in progress. The free exercise and establishment clauses of the First Amendment live in perpetual tension – two goods that must be balanced. The Supreme Court's recent religious liberty rulings are fully a part of America's long struggle to define religious freedom and only the most recent attempt to achieve a balance between goods.