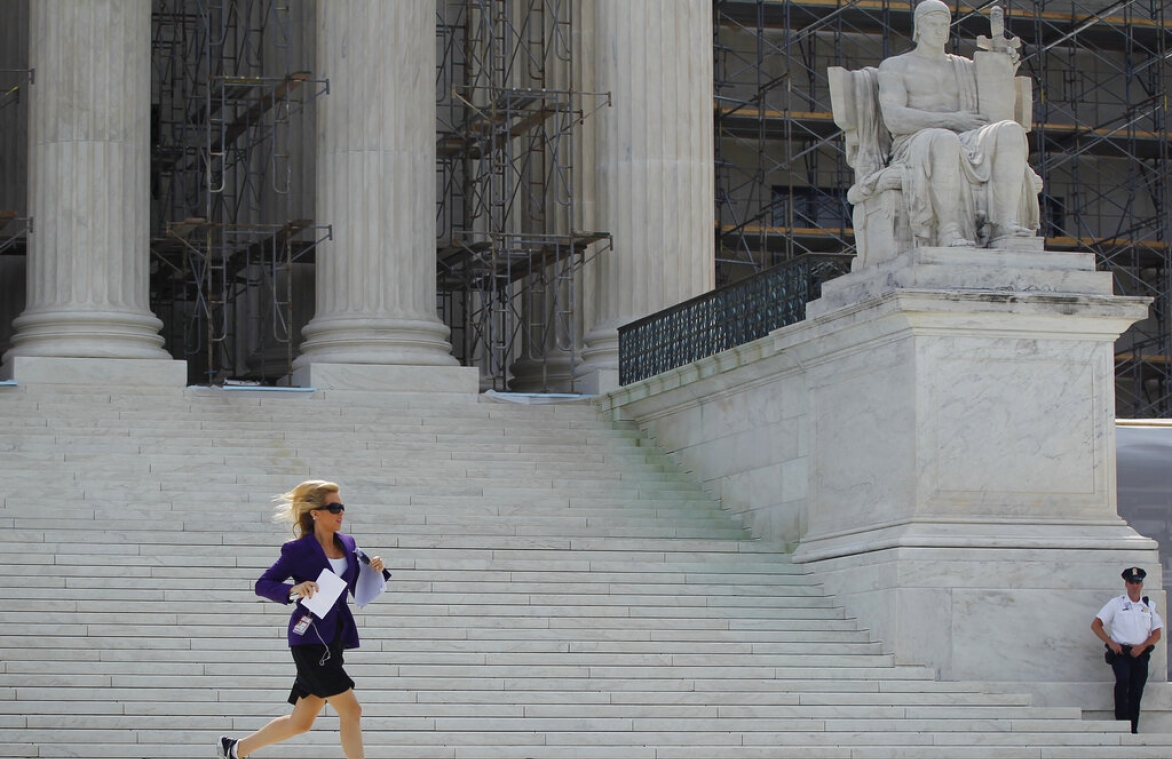 Fox News Channel reporter Shannon Bream is seen sprinting across the steps of the Supreme Court after the released of the Court's decision on Arizona's controversial immigration law known as SB 1070, on June 25, 2012, in Washington, D.C. AP Photo/Pablo Martinez Monsivais

Bream was among the rotating guest anchors of Fox's Sunday show over the past several months. Fox said that each time Bream hosted, viewership was up 20% over the 2021 average — when Wallace was host.

She will relinquish her role anchoring a weeknight newscast that airs at midnight on Fox News Channel, the network said.

When she officially starts on Sept. 11, she'll be the third host of the 26-year-old show, after the late Tony Snow and Wallace. "Fox News Sunday" airs on the Fox broadcast network and is later repeated on the news channel.

"It has been an honor to cover major news throughout Washington over the last 15 years at Fox News," Bream said in a statement Thursday. "I am extremely grateful for the opportunity to host a Sunday show and look forward to this new role."

Bream is also the first franchise author of the Fox News book imprint, where she has written two books on women and the Bible. She was a corporate lawyer before entering journalism.

Wallace, the only Fox News personality to moderate a presidential general election debate, told The New York Times after leaving that he no longer felt comfortable with the programming there. He signed on to host a program at the CNN+ streaming service. The streaming service was shuttered this spring after only a few weeks on the air.

His interview show — "Who's Talking to Chris Wallace?" — landed on the HBO Max streaming service. CNN said his weekly television show will air the highlights of interviews first shown on HBO Max.

Wallace has also surfaced as a commentator on CNN, particularly on weekday mornings, and that role is expected to continue.