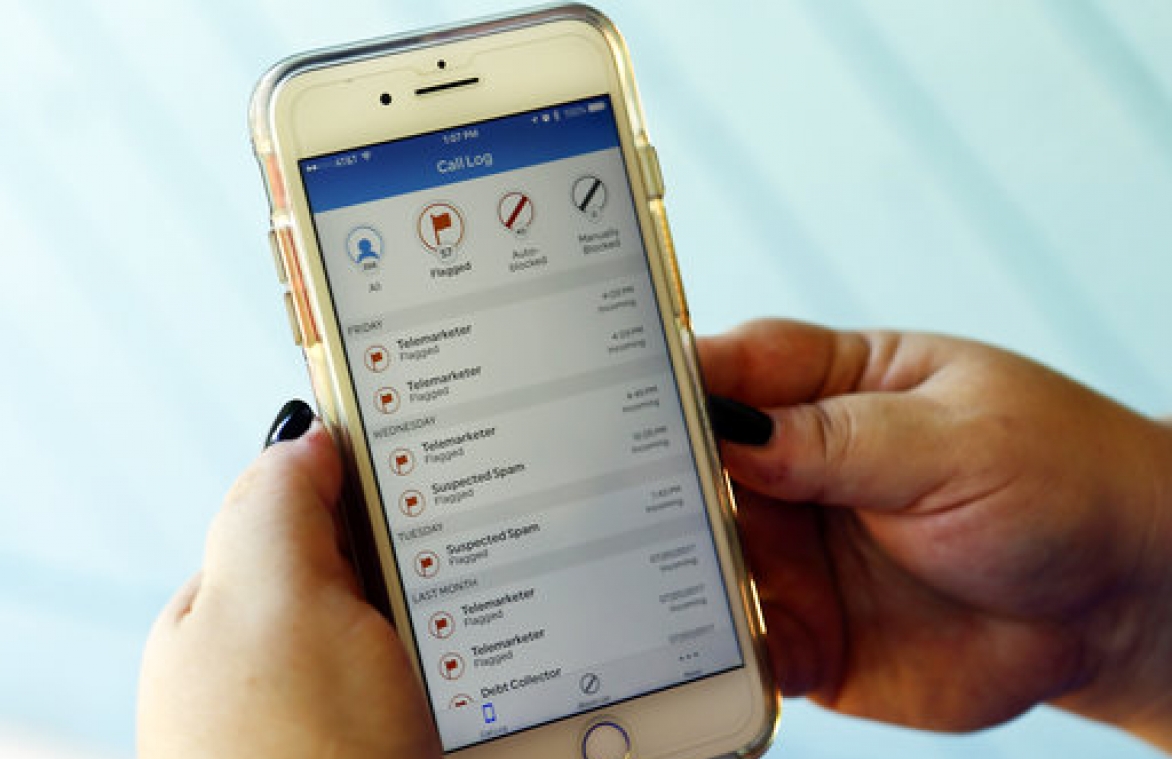 Montana's Robocall Statute that prohibited calls promoting political campaigns was ruled unconstitutional by a panel of the 9th Circuit Court of Appeals on Sept. 10, 2019 in Victory Processing, LLC v. Fox. The Court said the law was not sufficiently tailored to survive First Amendment scrutiny. (Associated Press file photo of a call log displayed via an AT&T app on a cellphone in Orlando, Fla. shows a list of telemarketing calls, used with permission from The Associated Press.

The appeals court determined that the law was a content-based restriction on speech that was not drafted with sufficient precision to satisfy First Amendment review.

The law prohibits automated telephone calls for the following purposes:

Victory Processing, a Michigan company that offers political consulting services, challenged the constitutionality of the Montana law in federal court.   A federal district court judge upheld the statute, finding that it furthered the state’s compelling interest in protecting residential tranquility and privacy.

On appeal, a three-judge panel of the 9th U.S. Circuit Court of Appeals unanimously reversed in Victory Processing, LLC v. Fox.  The panel agreed with the lower court that the law was clearly content-based, but that it furthered a compelling government interest in protecting residential privacy.

However, the appeals court also determined the law was not narrowly tailored enough.   The appeals court determined that the law was impermissibly underinclusive, because it regulated only five different types of robocalls: “By singling out only five topics of robocalling for regulation – including messages related to political campaigns – the Robocall Statute leaves consumers open to an unlimited proliferation of robocalls on other topics.”

For example, the appeals court pointed out that the robocall law does not prohibit calls related to government services or charitable solicitations.   “This underinclusiveness raises doubts about whether the Robocall Statute aims to address the problems caused by robocalling or instead to hinder discussion of certain topics.”

The appeals court also said the law was too overinclusive, because it targeted robocalls involving political speech.

The court noted that when Congress passed the Telephone Consumer Protection Act, there was plenty of evidence of unsolicited commercial calls that sometimes lead to scams on unsuspecting consumers.   There was not similar evidence of problems caused by calls related to political campaigns.

“By regulating categories of robocalling that have not been shown to pose a threat, the Robocall Statute is overinclusive in its efforts to further Montana’s compelling interest in protecting privacy,” the appeals court wrote.