News
September 1, 2022 by The Associated Press 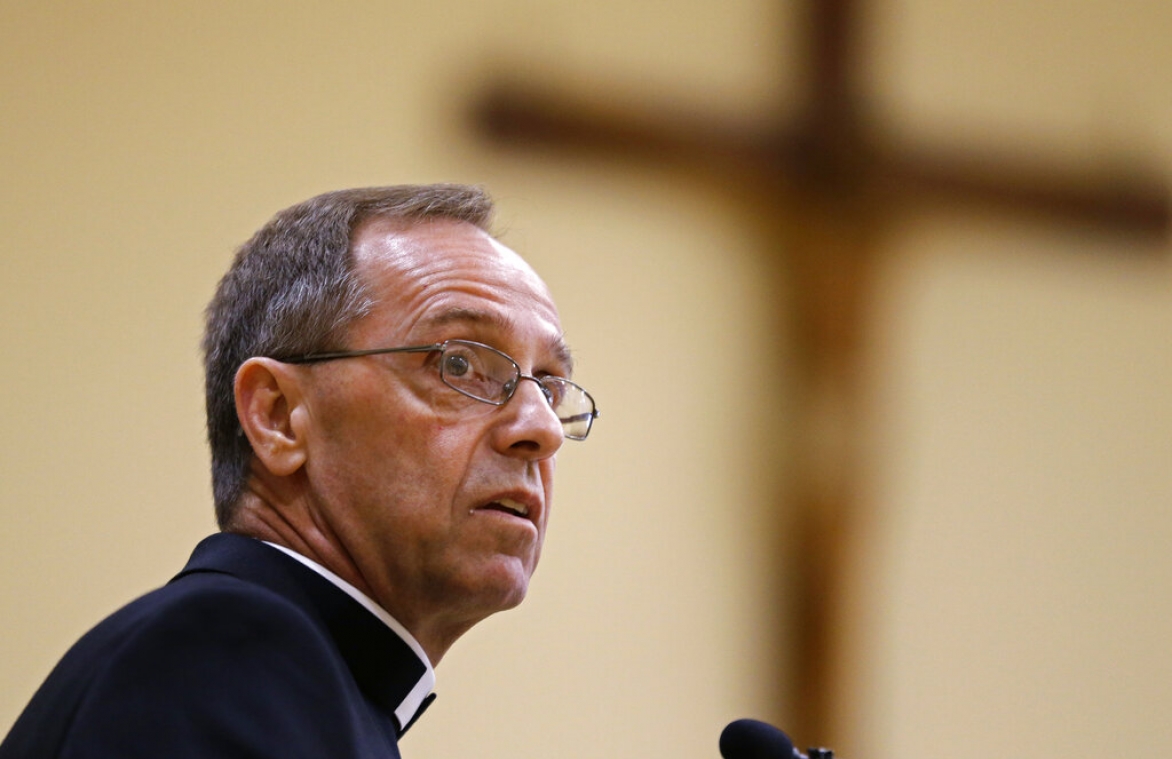 Bishop Charles Thompson speaks after he is introduced as the new archbishop of Indianapolis on June 13, 2017, in Indianapolis. AP Photo/Michael Conroy, file

INDIANAPOLIS (AP) — The Indiana Supreme Court ruled Aug. 31 that religious-freedom rights protect the Roman Catholic Archdiocese of Indianapolis from being sued by a teacher who was fired from his job at a Catholic high school for being in a same-sex marriage.

Joshua Payne-Elliott argued in his lawsuit that archdiocese leaders wrongfully forced his firing in 2019 from his job of 13 years as a world language and social studies teacher at Cathedral High School in Indianapolis by mandating that all Catholic schools under its purview enforce a morality clause barring employees from entering into same-sex marriages.

The state Supreme Court decision said religious institutions had the First Amendment right to decide matters of church governance for themselves.

"The archdiocese's decision whether a school maintains its Catholic identity is an internal matter that concerns both church policy and administration," the decision said.

Payne-Elliott married Layton Payne-Elliott, a teacher at Brebeuf Jesuit Preparatory School of Indianapolis, in 2017. The archdiocese directed the schools to fire both men. Brebeuf did not comply with the directive, after which Archbishop Charles Thompson responded by attempting to strip Brebeuf of its status as a Catholic school. That action was suspended by Vatican officials after Brebeuf appealed.

Attorneys for the archdiocese said the decision upheld the rights of religious institutions to determine their values.

"Courts can't decide what it means to be Catholic — only the church can do that," said Luke Goodrich, senior counsel at the Washington-based Becket Fund for Religious Liberty. "By keeping the judiciary out of religious identity, the Indiana Supreme Court just protected all religious institutions to be free from government interference in deciding their core religious values."

Payne-Elliott pointed out in a statement released by his attorney that Cathedral High School renewed his annual contract three times after becoming aware of his relationship until the archdiocese intervened. He criticized state financial support going to schools in the archdiocese under the state's private-school voucher program.

"We would also like the citizens of Indiana to know that millions of taxpayer dollars are being redirected each year from public schools (where teachers have enforceable contract rights and rights to be free from discrimination) to private schools which target LGBTQ employees. We fear for the well-being of LGBTQ students and faculty in Catholic schools," Payne-Elliott said.

His attorney, Kathleen DeLaney, said they were evaluating options on possibly filing a new lawsuit with different arguments.