The Last American Newspaper: An institution in peril, through the eyes of a small-town editor 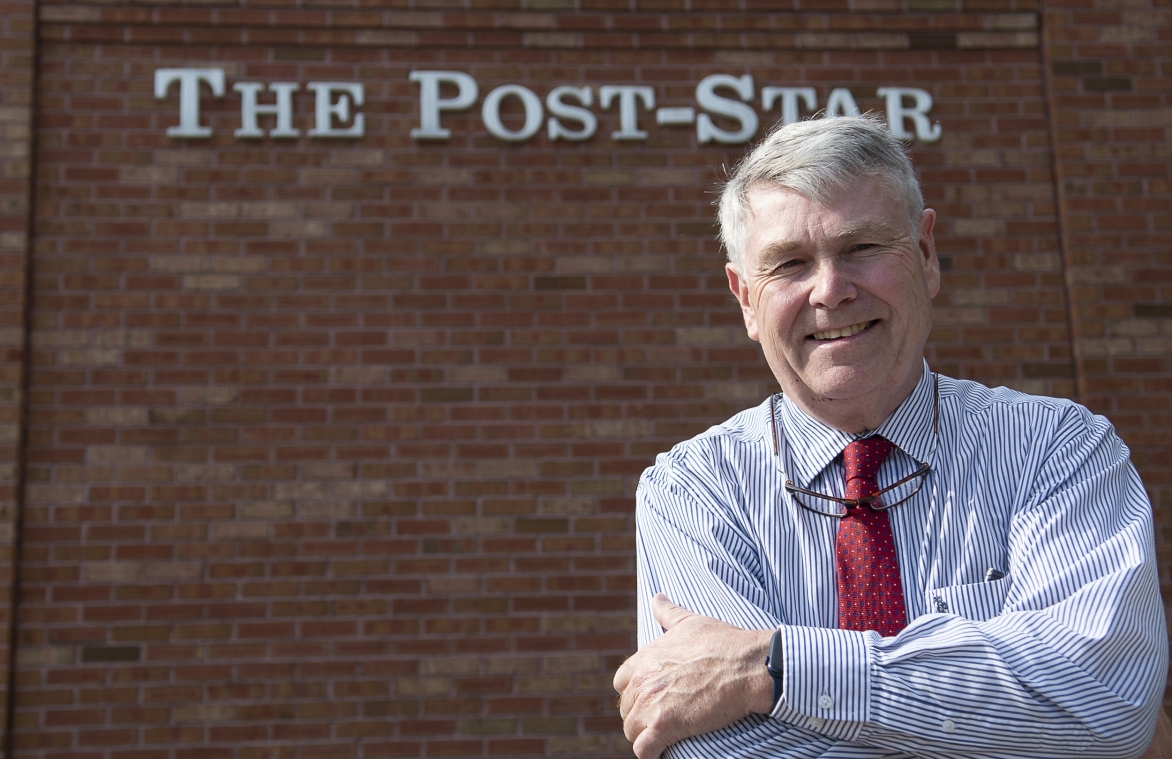 The past decade has been a time of worry about the future of community newspapers, and concern about the gaping hole left behind when they are gone.

I worry now about who stands up for the community and sounds the alarm when things are not right.

Who will explain the complexity of mental illness and suicide, warn us of the growing heroin problem and the shortcomings with health care and senior living deficiencies?

Who will celebrate community triumphs, report the births of our children, the marriages of our loved ones and lament the loss of another life lived well? Community newspapers, like ours, were the town squares of modern times; their reporters and editors the beating hearts and moral compass at its center.

"The Post-Star was my father's favorite and mine, too,” a reader wrote me in February 2016. “We put one in the casket so he would have something to read when he got to heaven.”

That’s the status community newspapers once had.

Maury Thompson, a reporter who served our newspaper and the community faithfully for two decades, sent me this quotation he found in an old weekly newspaper in the midst of the pandemic in 2020: “A newspaper is a window through which men look out upon all that is going on in the world. Without a newspaper, a man is shut up in a room and knows little of what is happening outside of himself.”

That quote was over 100 years old, but as far as I was concerned, it had stood the test of time.

By the end of 2019, it was clear the type of community journalism that so many in Glens Falls, N.Y., had taken for granted for over a century was in jeopardy as retail advertising faded and newsroom positions evaporated.

The window for viewing the world was closing.

The Last American Newspaper is not just about our small community newspaper in upstate New York, it is a metaphor for institutions all across the country that revered a free press and its role in keeping their communities informed. It was an integral part of doing good in the community, a partner, a friend who was always willing to tell you the truth.

It was perhaps something simpler than that as well. It was a vehicle to tell the human stories of all those who lived and died there. It was one of hundreds of like-minded community newspapers all across the country that are sadly disappearing. Our newspaper’s story was not unique, but representative of hundreds of others.

My career and the careers of so many others was about telling the personal stories of people who not only suffered hardships and tragedies, but persevered to be an inspiration for friends and neighbors. Sometimes, it was just chronicling simple acts of kindness.

"Newspapers need to validate people’s lives and connect with their communities,” I wrote in a column to readers in April 2000. “Honesty and integrity have to be the cornerstones of the organization, and we will never fool the readers on that point. Our credibility and standards are what people depend on.”

We did that aggressively and diligently until it was taken for granted by the communities we served, and betrayed by the corporations who reaped the financial benefits. And finally, attacked by a new type of politician waging war on the facts we reported each day. What may have been most disappointing of all was that many of our readers believed them.

In January 2020, a local leadership group visited our newsroom in Glens Falls and I talked to them about the value of the journalism we do.

I explained how recent studies had found that in communities where a newspaper had closed, civic engagement dropped and fewer people voted because they could not identify the candidates in local elections.

The group in our conference room that day was a good audience.

They nodded and shook their heads at all the right times, and genuinely showed concern about what a community like Glens Falls might look like without a robust daily newspaper.

At the end of the meeting, our circulation manager, Tom Salvo, asked how many of the 25 people in the room had a subscription to the newspaper.

One person raised his hand.

We were the last American newspaper.

We were making our last stand.

Ken Tingley is the retired editor of  The Post-Star in Glens Falls, N.Y. His latest book, “The Last American Newspaper,” is a memoir of all the community journalism that was done at his newspaper over the past two decades. He can be reached by email at tingleykenneth4@gmail.com. The book is on sale from McFarland Books and on Amazon.