News
September 12, 2022 by The Associated Press 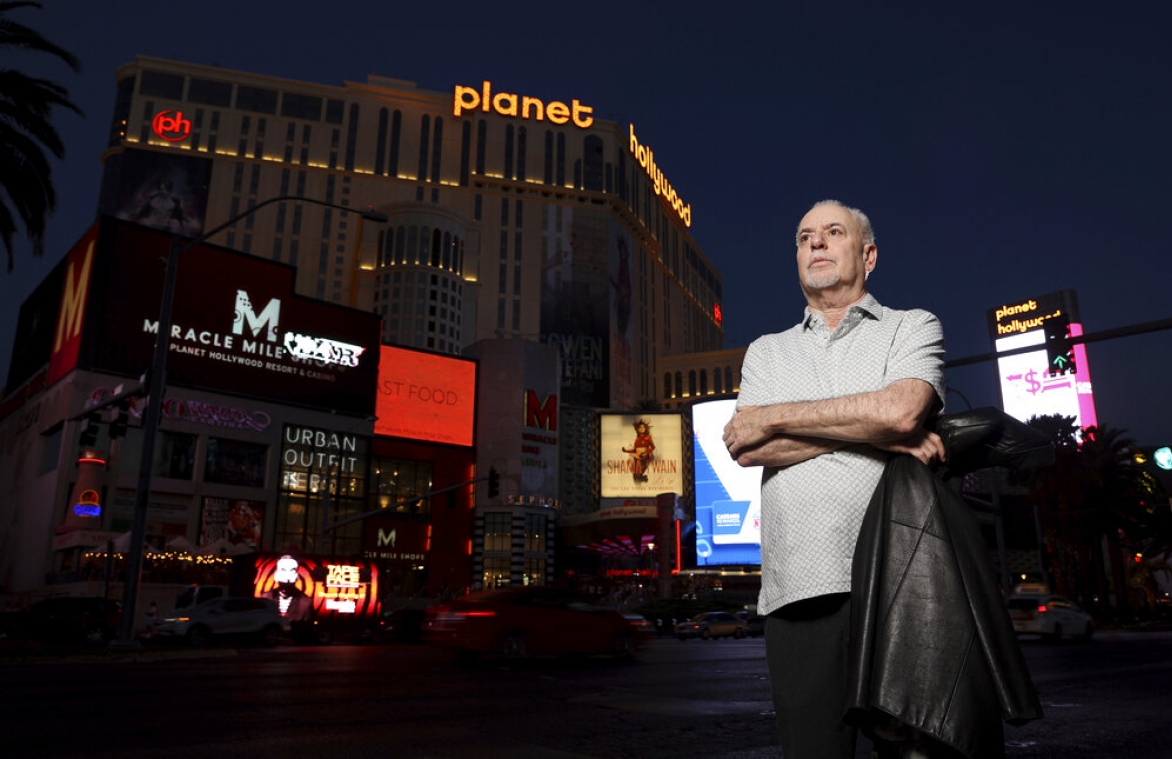 LAS VEGAS (AP) — In four decades of writing about the Las Vegas underworld and government corruption, investigative reporter Jeff German took on plenty of powerful and dangerous people. The hard-bitten newsman was once punched by an organized crime associate and received veiled threats from mobsters.

Nothing seemed to faze him as he doggedly went about his work.

German, who worked for the Las Vegas Review-Journal, had written about bullying and favoritism in the public administrator's office and an inappropriate relationship by Telles with a female subordinate.

Authorities say German's initial investigation and follow-up stories were the motivation for Telles to fatally stab German last week at the reporter's home. DNA at the scene linked Telles to the killing, as did shoes and a distinctive straw hat found at his home that matched those worn by a suspect caught on video, investigators said Sept. 8.

Police arrested Telles on Sept. 7 after a brief standoff at his home. Telles was hospitalized for what Clark County Sheriff Joe Lombardo described as non-life-threatening, self-inflicted wounds.

Glenn Cook, executive editor of the Review-Journal, said there was talk within the newspaper about Telles' being "unhinged," but he never made any physical threats against German and the reporter never said he was worried.

The thought that this was the story that would put German's safety at risk seemed implausible, he said, remembering how the reporter recounted once being punched by an organized-crime associate.

Killings of journalists in the U.S. in retaliation for their work are extremely rare. Up until German's death, eight journalists have been killed in the U.S. since 1992, according to the Committee to Protect Journalists. The deadliest attack came in 2018 when a shooting at the Capital Gazette in Maryland left five dead.

"Jeff's death is a sobering reminder of the inherent risks of investigative journalism," said Diana Fuentes, executive director of the organization Investigative Reporters & Editors. "Journalists do their jobs every day, digging deep to find information the public needs to know and has a right to see."

German joined the Review-Journal in 2010 after more than two decades at the Las Vegas Sun, where he was a columnist and reporter who covered courts, politics, labor, government and crime. He was 69, but never talked with his boss about retirement, Cook said.

Former co-workers along with attorneys and government officials German counted on as sources called him a hard-nosed, tenacious journalist who could be gruff at times, especially if someone didn't know him or was holding back information.

"He was not someone who was easily intimidated," said Geoff Schumacher, who worked with German at the Sun until the late 1990s. "Getting to the truth, that was more important to him than his own well-being or being popular."

The pair recently worked together on a podcast called "Mobbed Up."

German talked about receiving veiled threats from mobsters in the early 1980s at a time when people were disappearing as law enforcement cracked down on organized crime. The warnings definitely got German's attention, but he never went to police, said Schumacher, who now works at at the Mob Museum in Las Vegas.

Alan Feldman, a former executive with MGM Resorts International, said getting a call from German was like hearing from the CBS News show "60 Minutes." He didn't talk tough or threaten anyone, Feldman said, but he never backed down.

And he always followed the story even if it didn't go in the direction he expected, he said.

"The last thing I would say about Jeff is that anything scared him or that he was afraid," Feldman said. "He was prepared to go after anyone who was doing something not in the public interest."

Telles, a Democrat who apparently had never served in public office until he was elected in 2018, oversaw fewer than 10 people and was paid about $120,000 a year to run an office that deals with estates and the property of people after they die. Before that he was a lawyer practicing probate and estate law.

In the weeks before the June primary, German bylined reports about an office "mired in turmoil and internal dissension" between longtime employees and new hires under Telles' leadership. After the stories appeared, county officials hired a consultant to help oversee the office.

Telles blamed "old-timers" for exaggerating the extent of his relationship with a female staffer and falsely claiming that he mistreated them. He posted complaints on Twitter about German, saying he was a bully who was "obsessed" with him.

Telles ended up finishing last in the three-way primary and was serving out the remainder of his term at the time of the killing.

The articles "ruined his political career, likely his marriage, and this was him lashing out at the cause," Chief Deputy Clark County District Attorney Richard Scow said Sept. 8.

German's family called him "a loving and loyal brother, uncle and friend who devoted his life to his work exposing wrongdoing in Las Vegas and beyond."

"We're shocked, saddened and angry about his death," they said in a statement. "Jeff was committed to seeking justice for others and would appreciate the hard work by local police and journalists in pursuing his killer. We look forward to seeing justice done in this case."