News
September 13, 2022 by The Associated Press 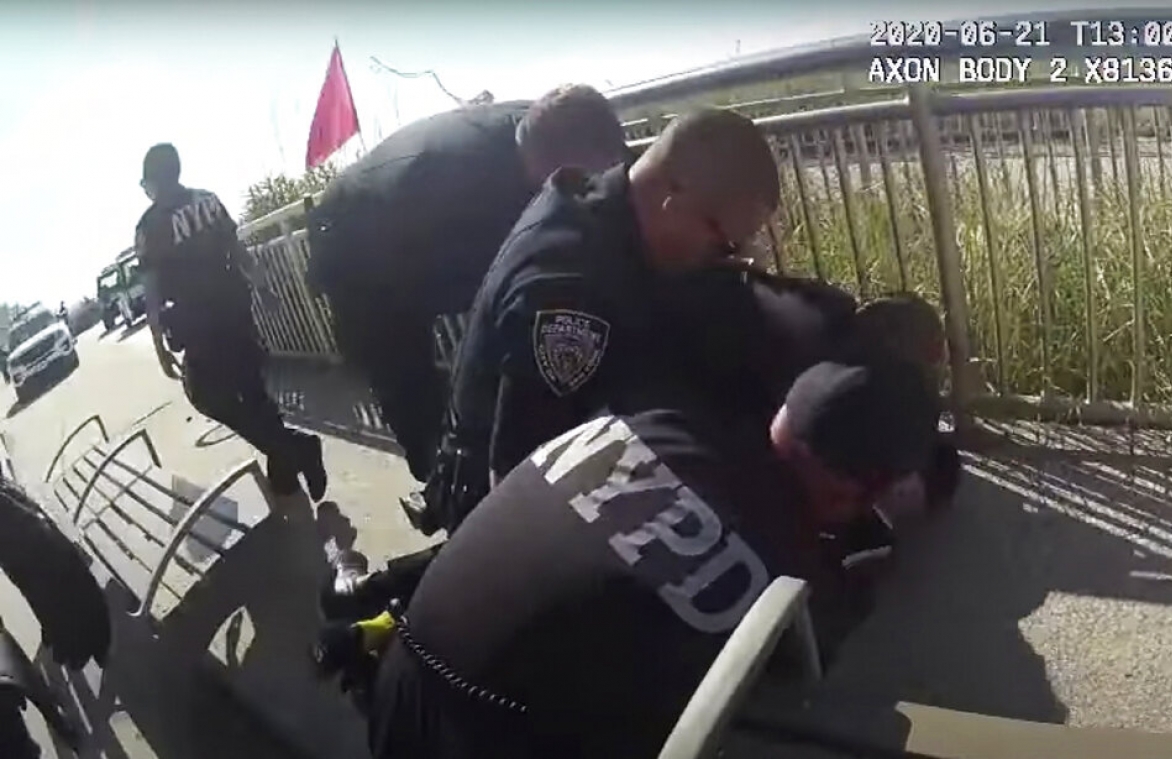 PHOENIX (AP) — A federal judge on Sept. 9 blocked enforcement of a new Arizona law restricting how the public and journalists can film police, agreeing with the American Civil Liberties Union and multiple news organizations who argued it violated the First Amendment.

U.S. District Judge John J. Tuchi issued a preliminary injunction that stops the law from being enforced when it is set to take effect on Sept. 24. The quick decision came after Republican Arizona Attorney General Mark Brnovich and the prosecutor and sheriff's office in Maricopa County told the judge they did not plan to defend the law. They were named as defendants in the lawsuit filed last month.

The law was enacted by the Republican-controlled Legislature over unified opposition from Democrats and signed by GOP Gov. Doug Ducey on July 6.

It makes it illegal to knowingly film police officers from 8 feet or closer if the officer tells the person to stop. And on private property, an officer who decides someone is interfering or the area is unsafe can order the person to stop filming even if the recording is being made with the owner's permission.

The penalty is a misdemeanor that would likely incur a fine without jail time.

KM Bell, an ACLU attorney who lobbied against the bill at the Legislature and was in court on Sept. 9, said she was pleased the judge acted quickly.

"We are extremely gratified that Arizonans will not have their constitutional rights infringed and their ability to record the police criminalized by this law," Bell said.

Bystander cellphone videos are largely credited with revealing police misconduct — such as with the 2020 death of George Floyd at the hands of Minneapolis officers — and reshaping the conversation around police transparency. But Republican Arizona lawmakers say the legislation was needed to limit people with cameras who deliberately impede officers.

Tuchi gave the Legislature a week to decide whether it wants to defend the law. The ACLU and media groups are seeking a permanent injunction.

Republican Rep. John Kavanagh, a retired police officer who sponsored the law, said he was "taken by surprise" when Brnovich did not move to defend the law.

"I was assuming that the attorney general would do his job as the state's attorney and defend a law passed by the state," Kavanagh said. "We are trying to get together with the (House) speaker and the (Senate) president and see if the Legislature will defend it, but there's also the possibility of some outside group possibly stepping up."

Brnovich's office is charged with defending state laws. But in this case, his spokesperson, Katie Conner, said that because the attorney general does not have enforcement authority in these types of cases, they were the wrong party to sue.

Matt Kelley, an attorney who represented the news organizations that sued, argued in his court papers that Brnovich is not correct. He noted that by law the attorney general can step in and enforce laws that county prosecutors normally would.

Kavanagh argued that allowing people to record police up close while they are doing enforcement, like making arrests or dealing with a disturbed person, could put officers in danger, and noted that he made several changes to address the concerns of the ACLU. Those include changing the restriction from 16 feet to 8 feet.

"So I think this is unbelievably reasonable," he said. "And if what's causing the problem is my limiting it to just these law enforcement characters in all encounters, how ironic that trying to limit the scope of government reach is unconstitutional. But I guess that's the world we live in."

Kelley said the law was very problematic. He praised Tuchi for quickly agreeing that the law did not meet the requirements needed to restrict First Amendment protections for filming law enforcement activities.

"There wasn't anything in the law that said the person recording has to be interfering with law enforcement or harassing officers or otherwise doing something that would create a danger or a distraction," Kelley said. "All it prohibited was simply standing there, making a video recording. And since that's activity that's protected by the First Amendment, this law was on its face unconstitutional."

The original legislation was amended so it applies only to certain types of police actions, including questioning of suspects and encounters involving mental or behavioral health issues. It exempts people who are subject to the police interaction, or in a stopped car.

In similar cases, six of the nation's dozen U.S. appeals courts have ruled on the side of allowing people to record police without restriction. Soon after the Arizona law was signed, the 10th U.S. Circuit Court of Appeals in Denver ruled that a YouTube journalist and blogger's lawsuit against a suburban Denver police department could move forward. The blogger said an officer blocked him from recording a 2019 traffic stop.

The Phoenix Police Department, which oversees the nation's fifth-largest city, has been criticized in recent years for its use of force, which disproportionately affects black and Native American residents.

The Associated Press filed a friend-of-the-court brief urging Tuchi to block the law from being enforced. The AP's attorneys said that photographers especially could be caught up while covering rallies, where it could limit their ability to capture the full interactions between police and protesters.