Supreme Court to revisit LGBTQ rights – this time with a wedding-website designer, not a baker

Perspective
September 14, 2022 by The Conversation 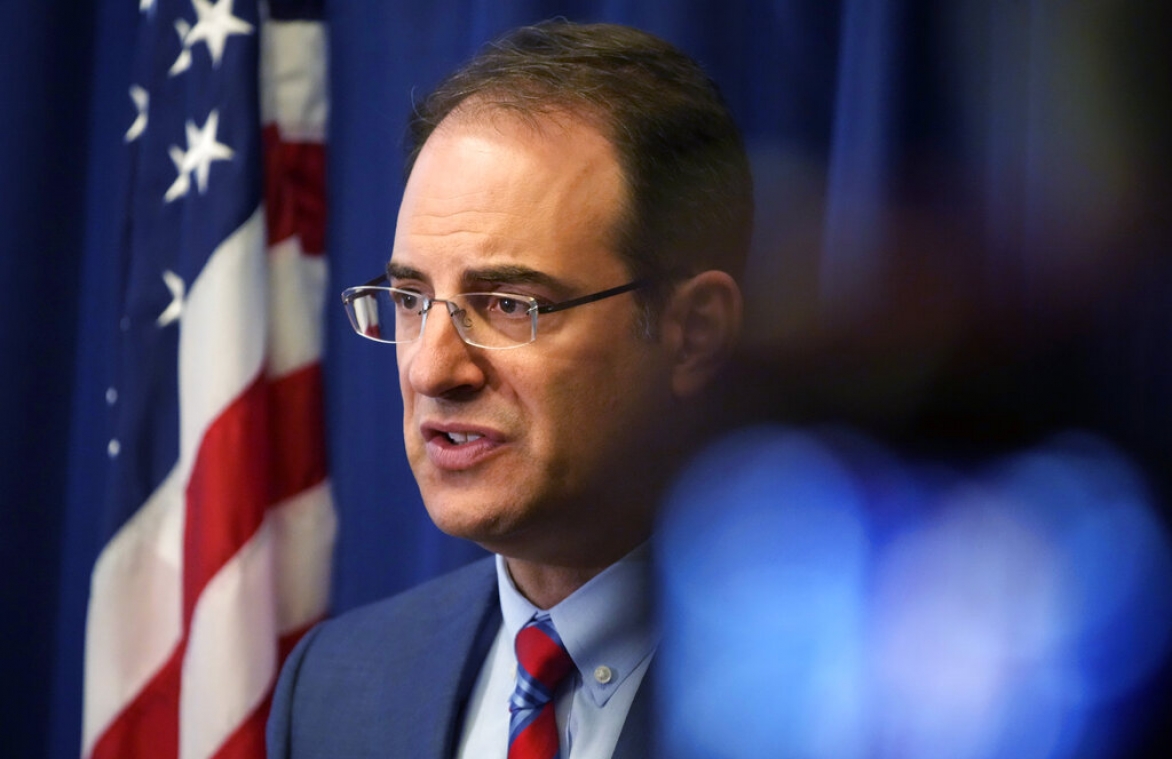 Colorado Attorney General Phil Weiser makes a point at a news conference in Denver, Wednesday, Sept. 15, 2021. Colorado is urging the U.S. Supreme Court to uphold its anti-discrimination law against a challenge by a Christian web designer who does not want to create custom wedding websites for same-sex couples. AP Photo/David Zalubowski, file

A simmering, difficult, and timely question returns to the Supreme Court this fall: What happens when freedom of speech and civil rights collide?

The high court took up similar questions four years ago in the famous "gay wedding cake" case, Masterpiece Cakeshop, Ltd. v. Colorado Civil Rights Commission, about a baker who refused to provide services for a same-sex couple based on his religious beliefs. The justices ruled in his favor, but did so on narrow grounds, sidestepping the direct constitutional questions over freedom of religion and free speech.

Now, another case from Colorado about free speech and same-sex marriage has made its way to the Court: 303 Creative v. Elenis. As a professor of law and education who pays particular attention to First Amendment issues, I see the case highlighting tension between two competing fundamental interests — interests that seem to clash routinely in 21st century America.

On Aug. 30, 2022, for example, another similar case was decided, this time in Kentucky. A federal trial court ruled in favor of a Louisville wedding photographer who sued over the city's "Fairness Ordinance," which prohibits discrimination based on sexual orientation or gender identity. She argued that the law violated her religious beliefs and right to free speech, and the court agreed, explaining that "the government may not force singers or writers or photographers to articulate messages they don't support."

Freedom to speak – or stay silent

Graphic artist Lorie Smith is the founder and owner of a studio called 303 Creative. According to court documents, Smith is generally willing to serve LGBTQ clients. However, she intends to begin designing wedding websites and is unwilling to create them for same-sex couples, saying it would go against her Christian beliefs.

Under Colorado's Anti-Discrimination Act, though, it is discriminatory and illegal to refuse services to someone on the basis of "disability, race, creed, color, sex, sexual orientation, marital status, national origin, or ancestry."

In 2016, Smith sued the members of the state's Civil Rights Commission and Colorado's attorney general. Smith argued that being required to prepare a same-sex wedding website would violate her First Amendment rights by forcing her to speak — what lawyers refer to as "compelled speech."

The constitutional right to freedom of "speech" has historically been understood to cover a variety of ways people express themselves, including in writing, art and protest. But not only does it protect the right to protect one's speech, it also safeguards the right not to speak in the first place.

Through her attorneys, Smith also maintained that requiring her to create a website would violate her First Amendment right to the free exercise of religion.

The federal trial court in Colorado rejected Smith's request to block the anti-discrimination law in 2019. When she appealed, the 10th U.S. Circuit Court of Appeals agreed with the previous ruling: She could not refuse to create websites for same-sex weddings, even if doing so would go against her beliefs.

Protecting diverse viewpoints is "a good in and of itself," the circuit court wrote, but combating discrimination "is, like individual autonomy, 'essential' to our democratic ideals."

In a lengthy dissent, the chief judge highlighted Smith's claim of compelled speech, criticizing the court for taking "the remarkable — and novel — stance that the government may force Ms. Smith to produce messages that violate her conscience."

Smith appealed to the U.S. Supreme Court, which, in February 2022, agreed to hear her claim, limited to the issue of free speech, not freedom of religion. The question for the nine justices to decide will be "whether applying a public-accommodation law to compel an artist to speak or stay silent violates the Free Speech Clause of the First Amendment."

Key to the case?

So, how will the justices rule? The Supreme Court may have given a clue to its initial attitude when it announced it would hear the case. The justices zoomed in on a legal standard called "strict scrutiny," as they did in its earlier case on this issue, Masterpiece Cakeshop.

Under strict-scrutiny analysis, the most stringent form of judicial review, government restrictions on fundamental rights must be justified by a compelling state interest in order to be upheld. In other words, the restrictions must advance government interests of the highest order, and be narrowly tailored to those goals — in this case, preventing discrimination on the basis of sexual orientation.

But the Supreme Court appeared skeptical that Colorado's anti-discrimination act could survive this test, writing, "The Tenth Circuit applied strict scrutiny and astonishingly concluded that the government may, based on content and viewpoint, force Lorie to convey messages that violate her religious beliefs and restrict her from explaining her faith."

When the Supreme Court applies strict scrutiny, it rarely upholds government restrictions on constitutional rights — which could suggest a win for Smith.

Another possible indication, again in favor of Smith, is in Janus v. American Federation of State, County, and Municipal Employees, Council 31, a 2018 case from Illinois involving compelled speech. Here the Supreme Court ruled in favor of a nonunion public employee who challenged an Illinois law requiring him to pay fair-share fees to the union representing his colleagues for costs associated with the bargaining process.

The Court agreed with the employee's claim that because the union supported positions with which he disagreed, his having to pay the fees violated his First Amendment right as a form of compelled speech.

On the other side of the controversy is the vital interest of same-sex couples and others in the LGBTQ community to live free from discrimination that's based on their sexual orientations.

In a 2019 case, Bostock v. Clayton County, the Supreme Court interpreted Title VII of the Civil Rights Act of 1964, a far-reaching employment statute, as extending protection against discrimination in the workplace to individuals who are gay and transgender. However, the Court has yet to address the clash of rights at issue in 303 Creative.

The key question, then, appears to be whether individuals can require artists or those who engage in expressive activities to provide their services if doing so can be viewed as a form of compelled speech, violating their right to stay silent on issues with which they disagree.

Thus, it remains to be seen whether 303 Creative will set a new precedent on balancing First Amendment freedoms while protecting others from discrimination. After all, the justices sidestepped constitutional issues in Masterpiece Cakeshop. The Court based its decision in the baker's favor on some of the Colorado commission members' comments about his beliefs. The majority found that those comments violated the state's First Amendment duty to maintain religious neutrality while avoiding hostility to faith-based beliefs or viewpoints.

Though the Court has not set a date for oral arguments, and likely will not render a judgment until near the end of its term in June 2023, this case promises to be one of the upcoming year's highest-profile judgments. And, regardless of the outcome, 303 Creative is likely to generate even more controversy.