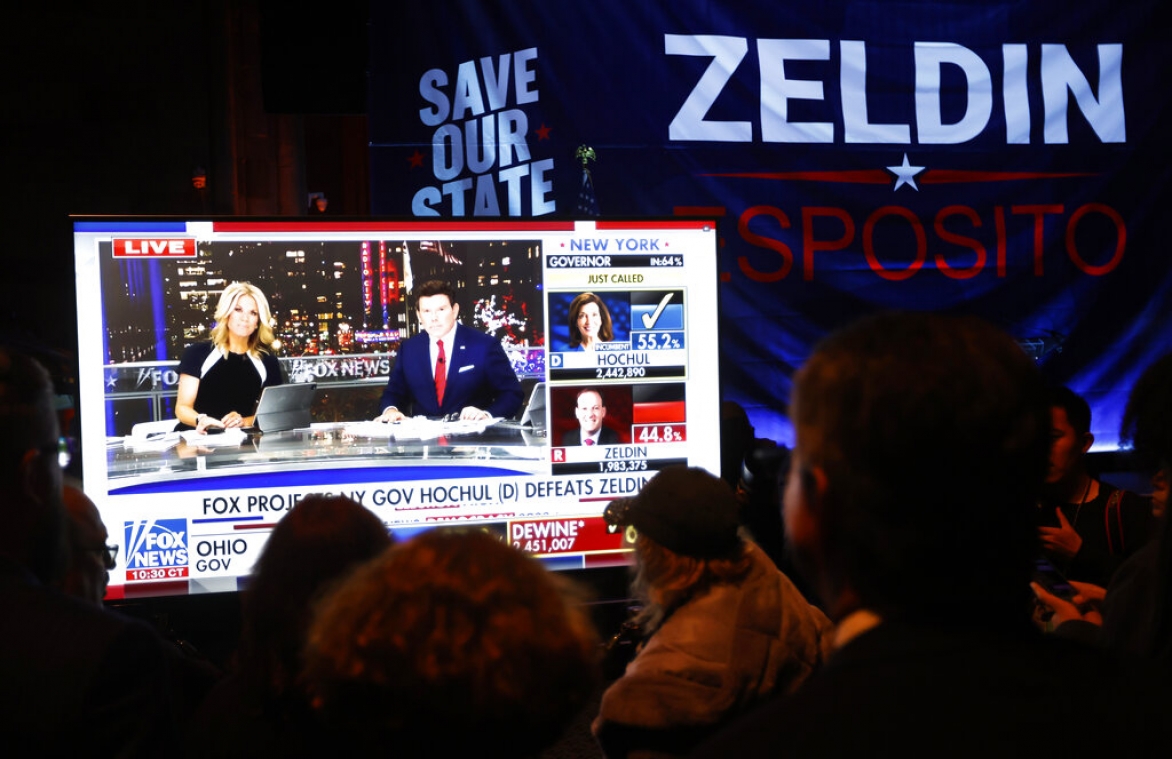 Yet if the results of midterm elections hadn't solidified, the news-media narrative clearly had. Good night for Democrats. Bad night for Republicans. Bad night, especially, for Donald Trump.

This quick analysis took shape despite the very real possibility that Republicans would wind up wresting control of one or both houses of Congress from the Democrats. From the coverage's perspective, Republicans had failed to meet expectations.

The New York Times headlined, "Control of Congress Hinges on Closely Fought Races." Yet further headlines on the newspaper's site said there were no signs of a red wave that Republicans expected, and the lead analysis story was about why an expected GOP rout fell short.

The Times' closely watched "Needle," which barely budged much of Tuesday night, predicted Wednesday afternoon that the Democrats had a 66% chance of controlling the Senate, and the Republicans an 83% chance of winning the House.

Trump, who opted not to announce a 2024 candidacy the night before the election, faced a particularly rough media assessment. A Washington Post analysis explained, "why the 2022 election was such a disaster for Trump."

The New York Post, overlooking the governor's race in its home state, put Trump rival Florida Gov. Ron DeSantis on its cover, standing before a huge American flag. "DeFuture," was the headline.

"This ended up being a referendum on crazy," said MSNBC commentator Donny Deutsch on Wednesday.

But as Tuesday night slipped into Wednesday morning, the story of what was not happening for the GOP became the main talking point.
"Republicans will have some soul-searching to do here," said Fox News Channel's Dana Perino.

Kellyanne Conway, the former Trump aide who was a commentator on Fox, grew impatient at one point with on-set discussions about Republicans not performing up to expectations or hopes.

Television networks made an extra effort on Election Day to have personnel on hand to deal with threats to democracy, such as election deniers or attempts to prevent voting. Instead, there wasn't much for them to do.

Through it all, news organizations stressed transparency, and how counting election results had become more difficult because of increased early voting and different state rules in how the vote was counted.

"This is more complicated than it was 10 years ago," CNN's John King said, "because people are voting in different ways."