How much can public schools control what students wear?

Perspective
November 14, 2022 by The Conversation 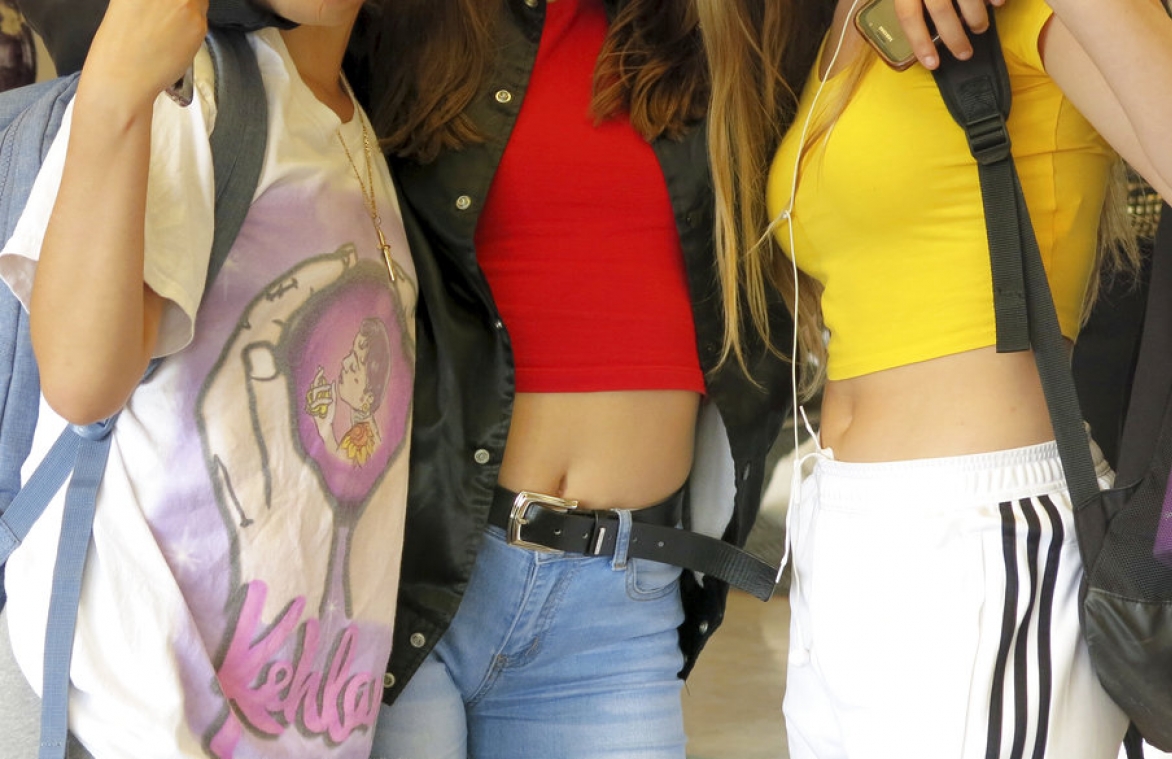 In this Sept. 7, 2018 photo, students socialize at Grant High School in Portland, Ore., after school let out. Portland Public Schools relaxed its dress code in 2016 after student complaints that the rules unfairly targeted female students and sexualized their fashion choices. AP Photo/Gillian Flaccus

By Brian Boggs, University of Michigan

School dress codes can be harmful to LGBTQ students and students of color, according to the U.S. Government Accountability Office, the investigative arm of Congress. These codes can lead school officials to punish these two groups for simply who they are or for expressing themselves.

However, it has long been held by the Supreme Court that students do not "shed their constitutional rights to freedom of speech or expression at the schoolhouse gate," as a 1969 ruling put it. But that's not carte blanche for students to go wild and wear just anything.

As a professor of education policy who studies students' constitutional rights — such as their expressions through clothing — I believe it's important for students, parents and school staff to know what the law says about how much control a school can have over the kinds of clothes a student may decide to wear.

Public education is not mentioned in the U.S. Constitution, so it falls to the states to regulate, under the 10th Amendment. But since the Elementary and Secondary Education Act of 1965, Congress has provided federal funding for education in exchange for states and school districts enacting certain policies. An example is Title I funding to boost education in schools that serve low-income communities.

The Bill of Rights, including the First Amendment, governs publicly funded efforts, such as public education.

The legal standard for dress codes is, therefore, that amendment's declaration that citizens' free expression should generally be free from government regulation — and therefore, students' appearances should largely be outside school officials' jurisdiction.

But the First Amendment wasn't always applied. It was only a few decades ago that federal courts debated whether students in public schools had any rights at all under the Constitution. In 1965, five students wore black armbands — a form of silent political protest — to school, objecting to the Vietnam War. The oldest three students were suspended from school for wearing them and refusing to take them off when ordered to do so by their schools' principals.

That case, Tinker v. Des Moines Independent Community School District, made its way to the Supreme Court, which in a 1969 ruling declared that students do have First Amendment rights as long as their exercise of those rights does not disrupt teaching or learning.

In subsequent cases, courts clarified what those educational disruptions were. They included promoting illegal behavior, such as drug use, and using profane or vulgar language.

In addition, courts allowed schools to restrict student publications that were school-sponsored or school-promoted, because courts deemed that speech to belong to the school, not the students.

Those cases arose because the Supreme Court viewed those rights as expansive, but schools tended to take a narrower view. As I have found, principals and superintendents were quick to prohibit expression they disliked, on the grounds that it was disruptive.

Generally, the Supreme Court has declined to take up issues of dress codes and has largely left those issues to state courts. This means there is not any binding federal case law to follow, and different states have applied the law differently.

However, one federal case is binding on schools in Michigan, Kentucky, Ohio and Tennessee — states under the jurisdiction of the 6th U.S. Circuit Court of Appeals — though not necessarily in other states. That case, decided in 2005, is Blau v. Fort Thomas Public School District. A parent had objected to a new school dress code because, as the complaint said, the child "wants to be able to wear clothes that 'look nice on [her],' that she 'feel[s] good in' and that express her individuality."

Ultimately, the 6th Circuit held that students could largely wear what they wanted, so long as it was making a statement — as was the case with the armbands opposing the Vietnam War. But they were not protected by the First Amendment for wearing something they just felt like wearing. The court concluded the claim was a "generalized and vague desire to express her middle-school individuality" and said the First Amendment does not protect every piece of clothing that an adolescent may choose to wear on any given day.

There have been no U.S. Supreme Court cases on gender expression and dress. However, a 2001 ruling from the Superior Court of Massachusetts might shed some light on how a court might treat a case.

In Doe v. Yunits, a student at South Junior High School in Brockton, Mass., had been diagnosed with a gender-identity disorder — as the court put it, "which means that, although she was born biologically male, she has a female gender identity." The student sought to wear the clothing conforming to her gender identity. However, the principal sent the student home to change when she arrived wearing girls' clothing. The school cited incidents between the student and male students, such as blowing kisses, as disruptive.

The court concluded that the student intended to send a message, and by virtue of the hostility she received from the faculty and student body, that message was received. Second, the court stated the school intended to suppress the speech itself, but had no substantial government interest in doing so. Finally, the court held that the student's manner of dress, as a form of expression, was separate from her disruptive conduct.

The school contended that it would discipline other students who dressed in this manner. However, the court disagreed because the school's argument hinged on gender orientation: A student born female and wearing the same clothing as this student would go unnoticed, so this student's clothes should not have been a distraction either.

Ultimately, how people dress is a form of self-expression, but students' choices may not always be protected. It is important to realize that students in a public school are not entitled to the same freedoms of speech and expression as adults in a public space.

Schools can enforce a dress code if they have sound reasoning to do so, especially when the rules are legitimately tied to preventing disruption and protecting health and safety. However, with expanded definitions of gender and identity, more court cases are on the horizon.