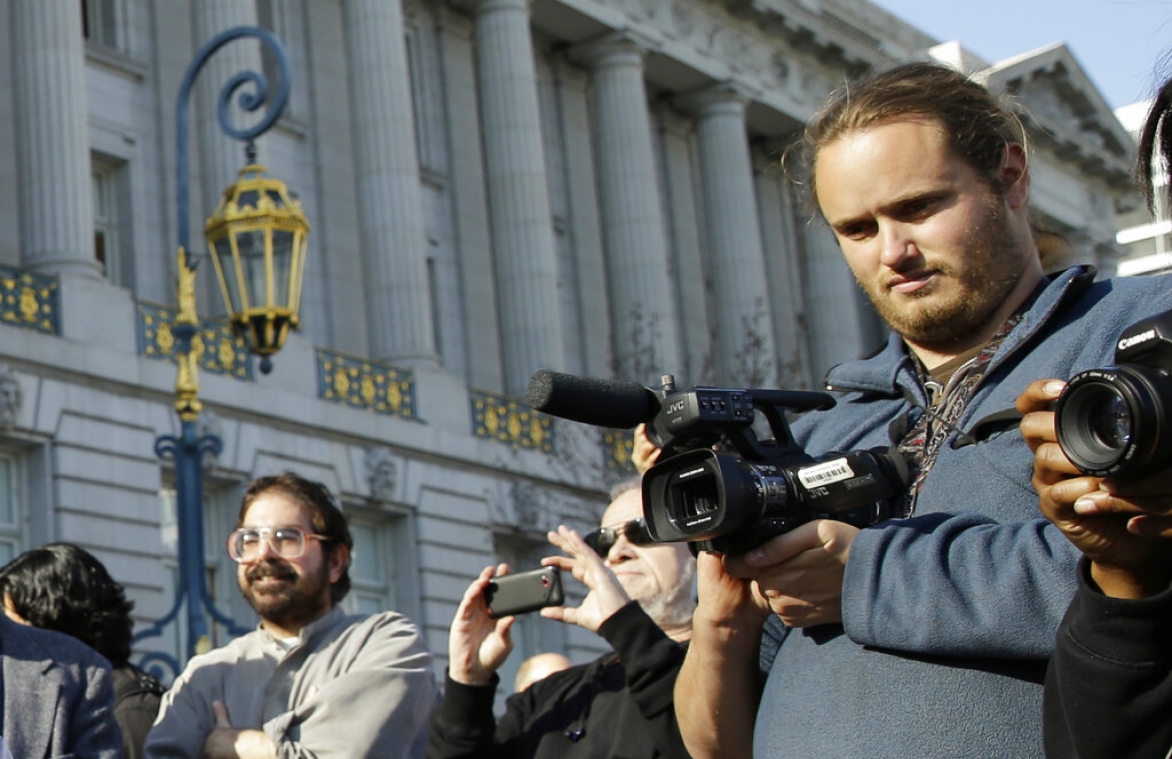 David DePape, right, records the nude wedding of Gypsy Taub outside City Hall on Dec. 19, 2013, in San Francisco. DePape is known in Berkeley, Calif., as a pro-nudity activist who had picketed naked at protests against local ordinances requiring people to be clothed in public. AP Photo/Eric Risberg

During a Dec. 14 preliminary hearing, the San Francisco district attorney's office introduced audio and video evidence against David DePape, the man accused of attacking Paul Pelosi. But it has refused to release the evidence to the news media.

Attorneys for the coalition said in the motion filed Jan. 11 that "the public and press have standing to assert their rights of access to court records and proceedings."

A spokesperson for the district attorney's office didn't immediately respond to an email seeking comment.

Evidence introduced in the preliminary hearing against DePape included audio from a 911 call made by Paul Pelosi, portions of body camera video taken by the two police officers who responded to the Pelosis' house, portions of video of a police detective interviewing DePape and footage captured by Capitol Police Department surveillance cameras.

Prosecutors say DePape broke into the Pelosis' San Francisco home on Oct. 28 seeking to kidnap the former speaker — who was out of town — and instead beat her 82-year-old husband with a hammer. The violence sent shockwaves through the political world.

He remains jailed without bail and is set to return to a state court on Feb. 23 to set a date for his trial.