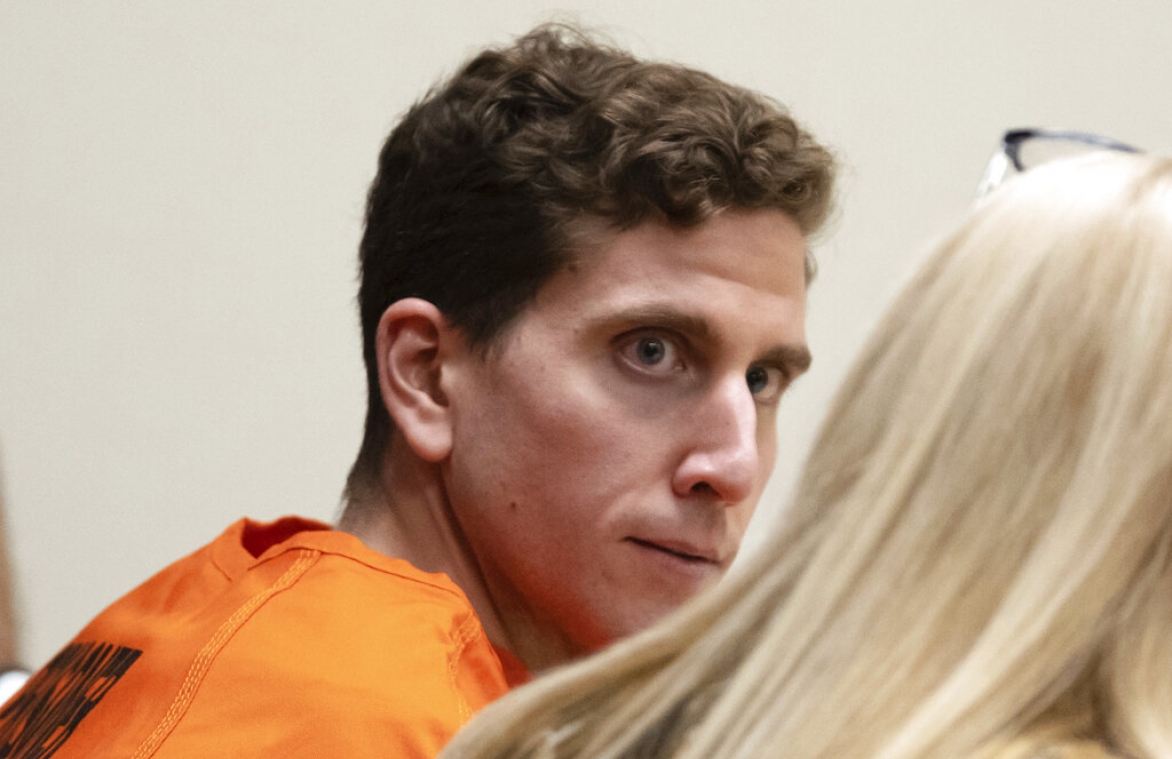 BOISE, Idaho (AP) — Twenty-two regional and national news organizations have formed a coalition to ask a judge to narrow a gag order in the case against a man accused of killing four University of Idaho students.

The coalition, which includes The Associated Press, contends that press access to law enforcement officers and other officials involved in high-stakes criminal cases provides the public with important context and a better understanding of how the criminal justice system operates.

Bryan Kohberger, 28, is charged with four counts of first-degree murder and burglary in connection with the stabbing deaths in Moscow, Idaho. Prosecutors have yet to reveal if they intend to seek the death penalty.

"This order is unnecessarily sweeping and broad and severely impedes the public's understanding of a significant criminal investigation that profoundly impacted the community," said Josh Hoffner, national news director for The Associated Press.

The bodies of Madison Mogen, Kaylee Goncalves, Xana Kernodle and Ethan Chapin were found on Nov. 13, 2022, at a rental home across the street from the University of Idaho campus. The slayings shocked the rural Idaho community and neighboring Pullman, Wash., where Kohberger was a graduate student studying criminology at Washington State University.

The case garnered widespread publicity, and earlier this month Latah County Magistrate Judge Megan Marshall issued a gag order barring attorneys, law enforcement agencies and others associated with the case from talking about it. On Jan. 19, she broadened that gag order, also prohibiting any attorneys representing survivors, witnesses or the victims' family members from talking or writing about the case.

Dan Shelley, the president of the Radio Television Digital News Association, said there are other ways to ensure a fair trial. The national association is a member of the coalition.

"Courts across this country are frequently able, even in the highest of high-profile cases, to find ways to balance defendants' rights with the rights of the public to have vital information. There is no reason why this court can't do the same," Shelley said.

The news coalition includes several news outlets based nationally and in the Pacific Northwest, including The Seattle Times, The New York Times, Idaho Statesman, BoiseDev, KHQ in Spokane, Wash., and KTVB in Boise, Idaho. The coalition is expected to file court documents opposing the gag order in the coming days.

The case drew worldwide attention, particularly from people who styled themselves as sleuths on social media sites. In the weeks before Kohberger's arrest, some of those sleuths publicized their own theories about the slayings online. The theories often wrongly placed the blame on the victims' surviving friends, relatives or others. News organizations' interviews with investigators often worked to quash some of those rumors and counter misinformation spread online.

Such publicity often presents a conundrum for judges, who work to protect the defendant's right to a fair trial. Courts sometimes feel that controlling the flow of information around a criminal case — by forbidding those involved from talking about it — is an effective way to limit publicity and help protect that fair trial right.
But gag orders can infringe on the First Amendment rights of the public and of the people involved in the case. News organizations that cover the courts serve a watchdog role, keeping the public informed about how the judicial branch operates.

Conversations with the officials involved in criminal cases helps journalists understand the nuances of legal arguments and the technical steps of court proceedings so their coverage can be fair and thorough, said media coalition member and Idaho Press Club President Betsy Russell.

"We're not lawyers for the most part, nor are our readers, and those explanations can help make sure that inaccurate information isn't spread about what's happening in our halls of justice," Russell said.

The U.S. Supreme Court has found that gag orders do infringe on the public's right to know what is going on in the nation's courtrooms, but the high court has also said that some gag orders are permissible, as long as they are the least restrictive way to ensure a fair trial and are narrowly tailored to achieve their aim.

The first gag order issued by Marshall on Jan. 3 did not include any stated reason for why she felt the order was needed. It prohibited the parties in the criminal case, "including investigators, law enforcement personnel, attorneys, and agents of the prosecuting attorney or defense attorney," from making any statements outside of court other than directly quoting actual court records filed in the case.

Notably, both the prosecution and defense attorneys had filed a document roughly two hours earlier saying they agreed to the creation of a gag order and wanted it to include investigators and law enforcement.

"This Court has both a constitutional duty and the inherent authority to 'minimize the effects of prejudicial pretrial publicity' and 'to ensure the efficacious administration of justice,'" Kohberger's defense attorney Anne Taylor and Latah County Prosecutor Bill Thompson wrote.

In the Jan. 19 amended gag order, Marshall expanded the prohibition, adding any attorneys representing witnesses, victims or victims' family members to the list.

The amended order also prohibits any statement that is not a direct quote from court documents, and specifically calls out a number of specifically prohibited types of statements, including "any opinion as to the merits of the case or the claims or defense of a party," and any statements about "evidence regarding the occurrences or transactions involved in the case."

Kohberger is scheduled for a five-day preliminary hearing starting June 26.