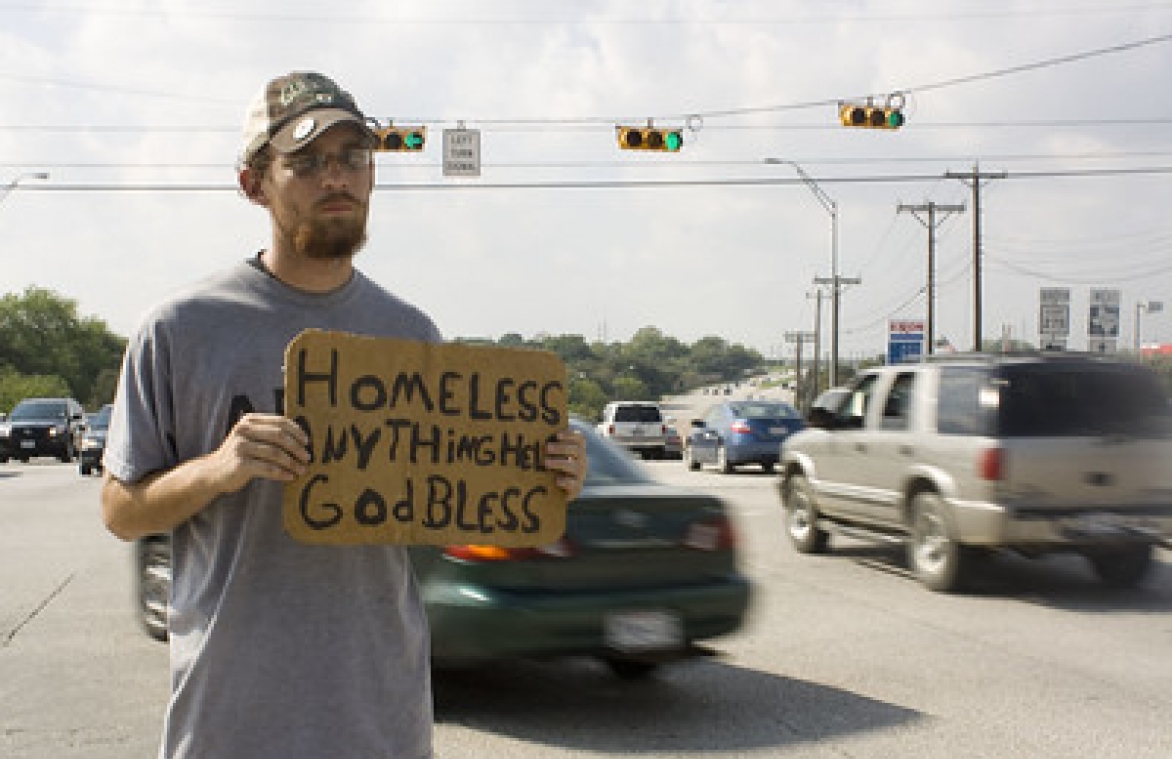 A panel of the 8th U.S. Circuit Court of Appeals invalidated Arkansas' anti-loitering law in Rodgers v. Bryant on First Amendment grounds. The court said even though the state had a compelling interest to promote safety, the law was not narrowly drawn and singled out charitable solicitation. (Photo illustration of panhandling via flickr by Hannly Sam, CC By-SA 2.0)

Arkansas’ anti-loitering law violates the First Amendment, a federal appeals court has ruled.   The appeals court reasoned that the state of Arkansas discriminated against a particular type of speech without adequate justification.

A person commits the offense of loitering if he or she:

Lingers or remains on a sidewalk, roadway, or public right-of-way, in a public parking lot or public transportation vehicle or facility, or on private property, for the purpose of asking for anything as charity or a gift:

In a harassing or threatening manner;

In a way likely to cause alarm to the other person; or

Under circumstances that create a traffic hazard or impediment.

A federal district court granted an injunction, prohibiting enforcement of the law.  The district court reasoned that the law was a content-based restriction on speech and the government could not justify a compelling state interest in support of the law.

On appeal, a three-judge panel of the 8th U.S. Circuit Court of Appeals unanimously affirmed in Rodgers v. Bryant.   The appeals court panel determined that the law was clearly a content-based restriction on speech, because it only applies to those who ask for charity or gifts.

The state of Arkansas argued that the law advances the state’s compelling interests in in public and motor vehicle safety by preventing aggressive conduct and traffic hazards.

The 8th Circuit panel reasoned that even if the state has compelling interests in upholding the law, the law is not narrowly drawn.  Instead, the panel reasoned that the law was too underinclusive because it did not apply to other types of solicitation – political or commercial – that could also be threatening or harassing.

“Because Arkansas has offered no justification for its decision to single out charitable solicitation from other types of solicitation, the anti-loitering law is underinclusive and, consequently, not narrowly tailored,” the panel explained.