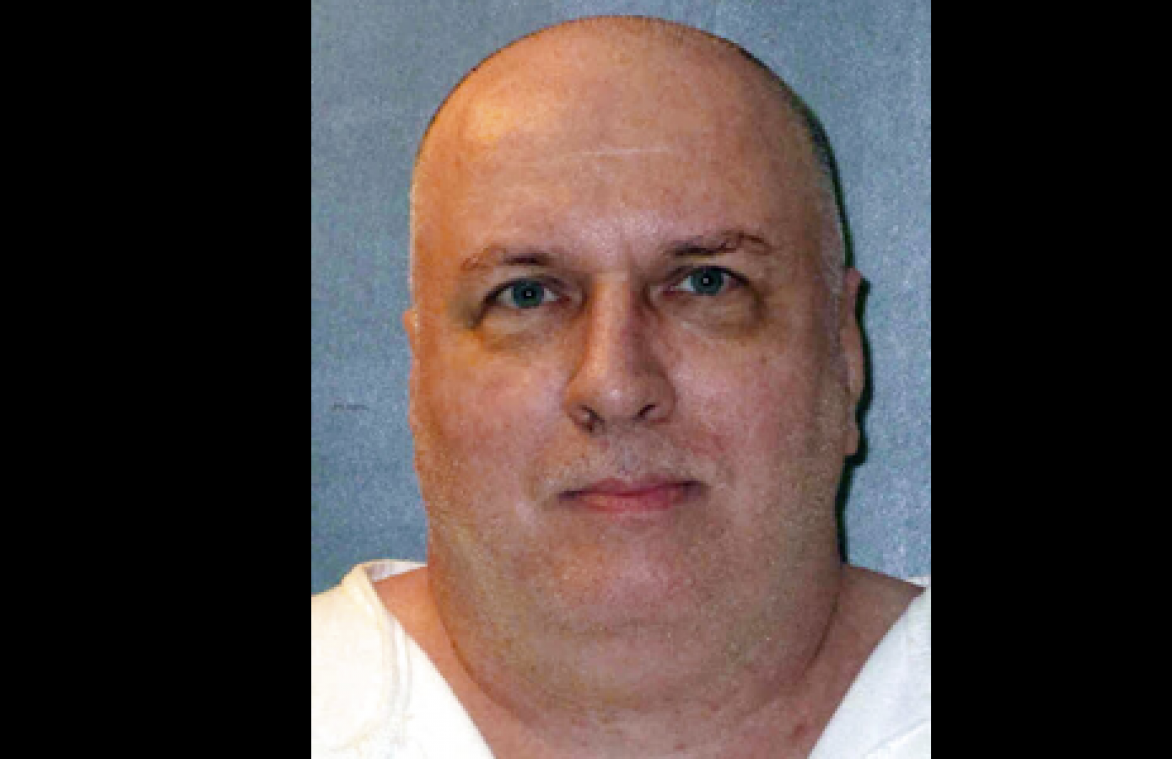 This undated photo provided by the Texas Department of Criminal Justice shows Patrick Murphy. Murphy, a Buddhist, has challenged the Texas Department of Criminal Justice's policy of not allowing spiritual advisers from groups other than Christians and Muslims, saying the policy violates the establishment and free exercise clause of the First Amendment. (via The Associated Press).

Texas inmate Patrick Henry Murphy received another stay of execution from the 5th U.S. Circuit Court of Appeals.   The appeals court reasoned that Murphy alleged a cognizable claim that his First Amendment religious liberty rights were violated by the Texas Department of Criminal Justice’s (TDCJ) policy of not allowing spiritual advisors from groups other than Christians and Muslims.

Murphy, a Buddhist, filed for a stay of execution, because the Texas policy allowed only TDCJ employees to be present during the execution.  These employees were all Christians or Muslims.  Murphy wants to have his Buddhist spiritual advisor present during his execution.

This is not Murphy’s first attempt at challenging the TDCJ’s procedures.  His earlier attempt went all the way to the U.S. Supreme Court, which granted a stay to his execution in April 2019.  In a concurring opinion, Justice Brett Kavanaugh opined that the state had two options to ensure equal treatment of inmates on religious grounds.  The state could either (1) allow all inmates to have a spiritual advisor present in the execution room or (2) allow all inmates to have a spiritual advisor in the viewing room.

Five days after the Supreme Court’s decision, the TDCJ amended its procedures.   It adopted the second of Justice Kavanaugh’s suggestions, prohibiting any chaplain or spiritual advisor in the execution chamber.

Murphy’s lawyers then filed an amended complaint, alleging that the new policy violated the Establishment Clause and Free Exercise Clause of the First Amendment and the federal religious liberty statute, the Religious Land Use and Institutionalized Persons Act (RLUIPA).

Murphy contended that the policy is still discriminatory because it favors TDJC-employed chaplains – who are all either Christian or Muslim – over non-TDJC spiritual advisors.

On November 7, 2019, a federal district court granted Murphy a stay of execution.  The state appealed to the 5th U.S. Circuit Court of Appeals.

On November 12, 2019, a divided three-judge panel of the 5th Circuit also ruled in Murphy’s favor in Murphy v. Collier.   The appeals court majority reasoned that “Murphy has a strong likelihood of success on the merits of his claim that the TDCJ policy violates his rights by allowing inmates who share the same faith as TDOC-employed clergy greater access to a spiritual advisor in the death house.”

Judge Jennifer Walker Elrod filed a dissenting opinion. She reasoned that the TDCJ’s policy is reasonably related to the institution’s security concerns.   She noted that “execution days are frenetic.”   She accepted the state’s argument that permitting additional personnel, including non-TDCJ personnel in the execution room, “would further tax TDCJ security resources at the time they are already most challenged and further endanger TDCJ personnel.”

This dispute over the TDCJ’s policies in this regard is likely not over.    In fact, it likely will return to the U.S. Supreme Court at some point.