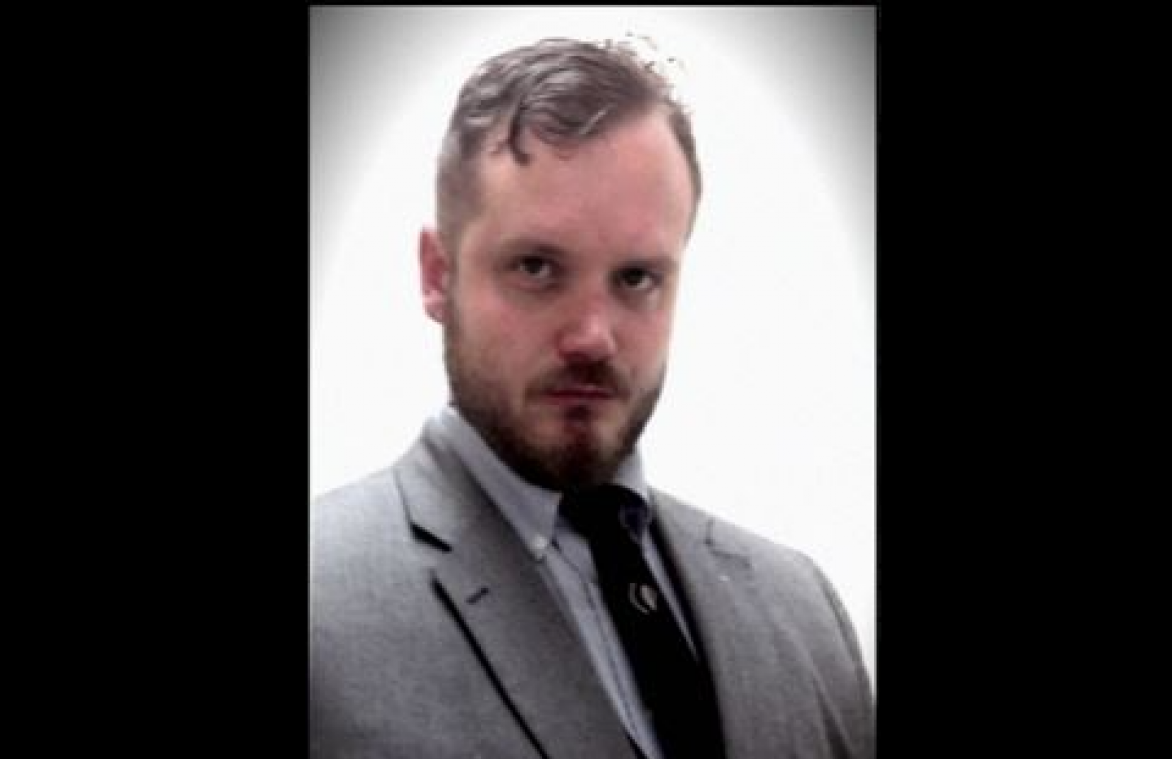 Davin Eldridge was sentenced to probation after he used his cell phone to apparently record or stream part of a court proceeding in a Macon County, N.C., courthouse after the judge prohibited it. He was held in criminal contempt of court, and the judge ordered as a probation condition that he write a 2,000- to 3,000-word essay on respect for the court system as part of the fair administration of justice, post it on social media and delete any negative comments made about the essay by Eldridge or other people. A North Carolina judge upheld the ruling and probation condition on Dec. 3, 2019. One dissenting judge said the order amounted to compelled speech and censorship and, as such, raised serious First Amendment concerns. (Photo of Davin Eldridge contributed by Eldridge.)

A judge did not violate a defendant’s First Amendment rights when he forced him as part of his probation to write an essay on respect for the court system, a divided North Carolina appeals court has ruled.   A dissenting judge, however, wrote that the forced essay writing “raises serious First Amendment concerns.”

Davin Eldridge entered the Macon County Courthouse with a small tape recorder.  Eldridge frequently writes for a Facebook page called “Trappalachia” and has a website of the same name.  He entered the courtroom of Judge William H. Coward in Macon County Superior Court.

DO NOT use or open cell phones, cameras, or any other recording devices inside the courtrooms.  Violations of this order will be contempt of court, subjecting you to jail and/or a fine.  Your phone may be subject to seizure and search.

Despite this warning, Eldridge apparently sat in the second row with a cell phone, holding it at shoulder-level high.  A court officer told Eldridge to put the phone away.  Someone then informed Judge Coward that proceedings in his courtroom was streaming live from a Facebook page.

Judge Coward then interrupted the courtroom to reiterate that courtroom proceedings could not be recorded.   He later issued a show case order to Eldridge to explain why he should not be held in criminal contempt.

After blogger records anyway, judge holds in him contempt

Eldridge asked for Judge Coward to recuse himself from the show cause hearing.  Judge Coward declined that motion and proceeded to find Eldridge guilty of criminal contempt.

The trial court found Eldridge guilty of criminal contempt and sentenced him to 30 days in jail.   The sentence was suspended and the trial court placed Eldridge on probation for one year with certain conditions.

Judge orders essay on respect for court as condition of probation

One of those conditions required Eldridge to draft a 2,000 – 3,000 word essay on “Respect for the Court System is Essential to the Fair Administration of Justice.”    Eldridge had to forward the essay to Judge Coward for approval, post the essay on social media throughout his probation period, and delete any negative comments about the essay made by defendant or third parties.

On appeal, Eldridge challenged the judge’s failure to recuse himself, the finding of criminal contempt, and the legality of the probation conditions, including the essay writing.

On appeal, a three-judge panel of the Court of Appeals of North Carolina affirmed the trial court’s ruling in its December 3, 2019, decision in In Re Eldridge.  The appeals court determined that Judge Coward did not need to recuse himself because he could reasonably decide the manner in an impartial way.

The appeals court also determined that there was a basis for the finding of criminal contempt, as there was “ample evidence” that defendant knowingly violated the court rule against courtroom recordings.

Judge Christopher Brook wrote a partial dissenting opinion.  He agreed that Judge Coward did not need to recuse himself and he agreed with the majority on the finding of criminal contempt.  However, he determined that the forced essay writing “bears no reasonable relationship to Defendant’s rehabilitation or to his crime and raises serious First Amendment concerns.”

Brook thus voted to “vacate the condition of Defendant’s probation requiring him to delete negative comments made by others on social media and the Internet.”